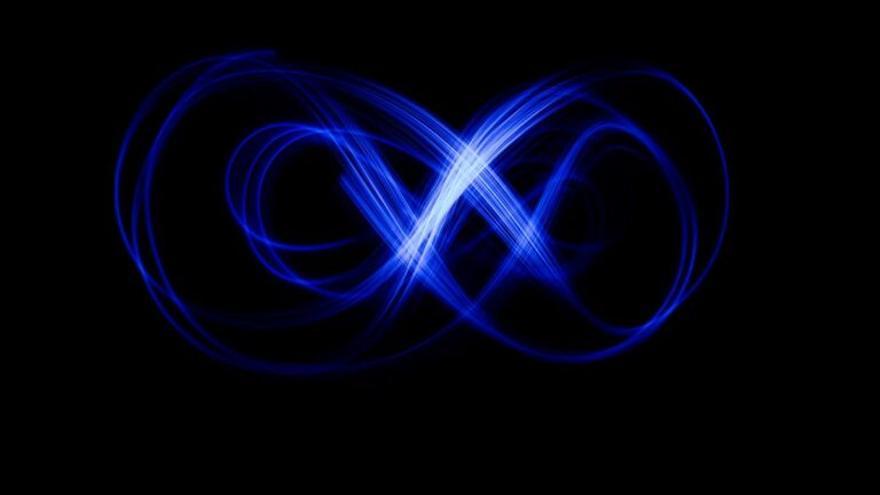 Physicists from the Néel Institute (CNRS in France), in collaboration with the American universities of Rochester and Saint-Louis, have discovered how to obtain energy from quantum processes and use it to start a motor.

It is a new generation engine that works on the basis of two very complex quantum processes, entanglement and measurement.

Quantum entanglement describes an astonishing peculiarity of elementary particles: after being together for a time, they share the same identity once separated from each other.

Any change we make to one of those particles will be instantly reflected by the other particle, even though it is thousands of miles away. That is why quantum entanglement is the basis of quantum teleportation and cryptography.

Less well known is a second process called quantum measurement, another of the logical entanglements of elementary particle physics.

Quantum measurement has a structural problem: the mere observation of a physical system disturbs it. It is impossible to know its natural state before observation or measurement. We never know the basic nature in a virginal state.

Stated differently, the dilemma is the following: How is it possible to explain, in a quantum measurement, the definite value of the observables of the macroscopic apparatus, when from the quantum point of view, the system is in a superposition of states? (Olímpia Lombardi and Leonardo Vanni, 2010).

The mere fact of quantum measurement implies two parallel energy processes whose articulation is complicated. On the one hand, obtaining information about a quantum system generates an imprecise energy cost.

On the other hand, quantum measurement induces quantum fluctuations that are associated with changes in the energy and entropy of the observed system.

As the researchers explain in a releaseWith these elements it is possible to build an engine that takes advantage of the energy footprint generated by quantum measurement in both processes.

Two-qubit coupled engine schematic. A red pulse excites the red qubit. The excitation is delocalized under the effect of coupling, generating a state of entanglement between the two qubits. Therefore, a daemon measuring the blue qubit has a nonzero probability of detecting excitation in this qubit, resulting in a net energy gain. Ultimately, the demon can use the information acquired during its measurement to extract energy in the form of work, de-energizing the blue qubit in a controlled way with a blue impulse. (Credit: Alexia Auffèves, Institut Néel).

Two-qubit coupled engine schematic. A red pulse excites the red qubit. The excitation is delocalized under the effect of coupling, generating a state of entanglement between the two qubits. Therefore, a daemon measuring the blue qubit has a nonzero probability of detecting excitation in this qubit, resulting in a net energy gain. Ultimately, the demon can use the information acquired during its measurement to extract energy in the form of work, de-energizing the blue qubit in a controlled way with a blue impulse. (Credit: Alexia Auffèves, Institut Néel). Cubit engine

Cubit engine It achieves this by reconciling the two aspects of quantum measurement in a theoretical setting (the engine) that is based on qubits or quantum bits (the basic unit of quantum computing), which are used here as a source of information. In 2018 already found that the Landauer Principle (1961), according to which writing or erasing information generates some energy, also occurs in a quantum system.

The quantum engine is built with qubits at different frequencies that combine with photons. In this almost magical game, in which the qubits end up quantum entangled, there is a net gain of energy.

The researchers emphasize that this net energy gain is totally original, since it comes from the quantum measurement mechanism with no classical equivalent: it is produced solely by observing the quantum system of the motor.

In this way, one of the processes associated with quantum measurement is replicated for energy purposes.

The second aspect is achieved by introducing into the motor a third quantum object (in addition to the qubits and electrons), a kind of needle, which plays the role of measurement and modulates the quantum entanglement triggered in the first process.

The analysis of this second aspect, according to the researchers, confirms that an energy flow also occurs when the entangled qubits migrate towards the needle.

The energy of this phase of the measurement is generated as a result of having erased the quantum correlations between the entangled qubits, by the mere fact of having inserted a measurement needle into the motor.

Spinning with Maxwell’s Demon The researchers explain their development as follows: in the so-called Maxwell’s demon paradox, a demon uses acquired information about the microscopic states of a gas to produce an engine that operates from a single hot source (the so-called monothermal engine ), in apparent violation of the second principle of thermodynamics (entropy tends to increase).

This paradox is resolved by invoking the physical nature of the information: the daemon’s memory must be reset before restarting an engine cycle, which requires a cold source.

The experiment proposed by these researchers is based on a similar mechanism, with the difference that the energy resource does not come from a hot source, but from the measurement itself, which provides energy and information at the same time.

New perspective The results of this research, which are published in the journal Physical Review Letters, offer a new perspective on the postulate of quantum measurement, whose position within quantum theory is not yet the object of consensus, the researchers emphasize.

However, they also warn that the results obtained are valid in the absence of thermal noise, since the only source of fluctuations considered is the quantum measurement itself.

This limitation raises the need to study, from this new perspective, the flows of energy, entropy and information that occur within complex quantum systems, since they suffer from arbitrary quantum noise that makes it difficult to obtain energy.

The researchers specifically cite quantum processors as a better understanding of the fundamental energetic mechanisms involved in their operation is needed if their power consumption is to be significantly reduced.