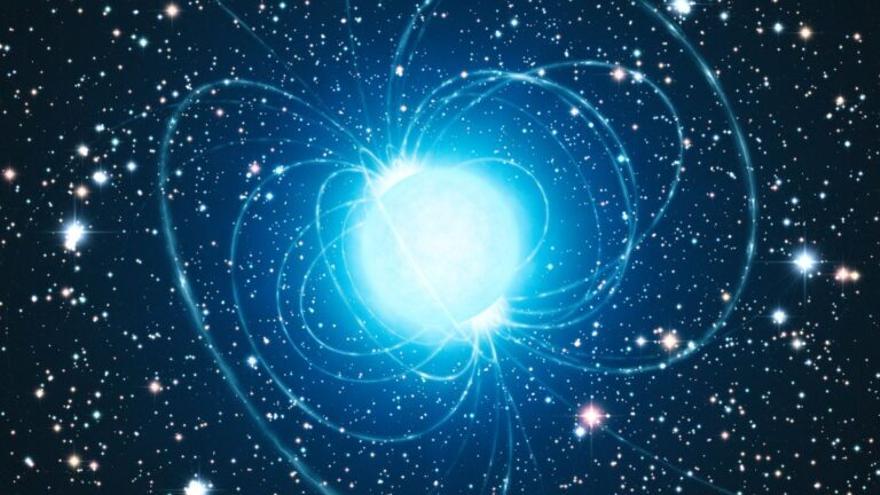 Researchers at the Technical University of Munich (TUM) claim to have detected in the laboratory a particle considered impossible, called a tetraneutron, that physicists have been looking for for half a century and that would be like a neutron star in miniature.

Together with positively charged protons, neutrons form the basic building blocks of all matter: the atomic nucleus, the central part of each atom, is made up of them.

All atomic nuclei, except for hydrogen, are made up of protons and neutrons, which are held together by the powerful nuclear force.

Although they are convinced that there are no systems in the universe made only of protons, nuclear physicists have long suspected that there may nevertheless be particles made up of only neutrons.

The strong nuclear interaction it is one of the four fundamental forces that the Standard Model of particle physics establishes to explain the forces present in the dynamics of elementary particles.

This strong interaction is responsible for holding together protons and neutrons that coexist in the atomic nucleus. And according to current physics, the tetraneutron could not exist because the force that holds the particles together could not hold the neutron bond on its own.

The problem that physicists have is that the tetraneutron would not unite two, but four neutrons, something inconceivable. And that, in fact, there are already indications of its existence derived from previous experiments.

Promising background 20 years ago, a French research group obtained evidence of a particle made up of four neutrons when it bombarded carbon with beryllium-14 nuclei, but could not prove that these neutrons are connected to each other.

Later work by other groups showed that the methodology used by the French team could not prove the existence of a tetraneutron.

In 2016, a group in Japan tried to make tetraneutrons from helium-4, bombarding it with a beam of radioactive helium-8 particles. This reaction should produce beryllium-8.

A small pause lasting only ten trillionths of a second in the measurement data indicated that four bound neutrons could have been released, rather than single neutrons.

Further away The new research has gone further: In their experiments, Thomas Faestermann and his team fired a beam of highly accelerated lithium atomic nuclei at a target made of lithium carbon oxide.

Highlight: In both cases, the atomic nuclei of lithium were the isotope lithium-7, consisting of three protons and four neutrons.

“Lithium-7 is the closest stable atomic nucleus to the tetraneutron,” the researchers explain. To produce a particle made up of four neutrons, only three protons have to be extracted from lithium-7.

If the tetraneutron existed, both carbon-10 isotopes and tetraneutrons would have to be produced when the target was bombarded.

Satisfactory results The team’s measurement results matched the signature that would be expected from carbon-10 in its first excited state and from a tetraneutron bound by 0.42 megaelectronvolts (MeV).

According to measurements, the tetraneutron would be approximately as stable as the neutron itself. It would then disintegrate with a half-life of 450 seconds.

“For us, this is the only physically plausible explanation for the measured values ​​in all respects,” explains Faestermann.

With these measurements, the team achieves a certainty of more than 99.7 percent, or 3 sigma. But in physics, the existence of a particle is only considered conclusively proven once a certainty of 5 sigma is reached.

Therefore, the researchers await an independent confirmation, which would allow a better understanding of the properties of neutron stars, still shrouded in mystery.