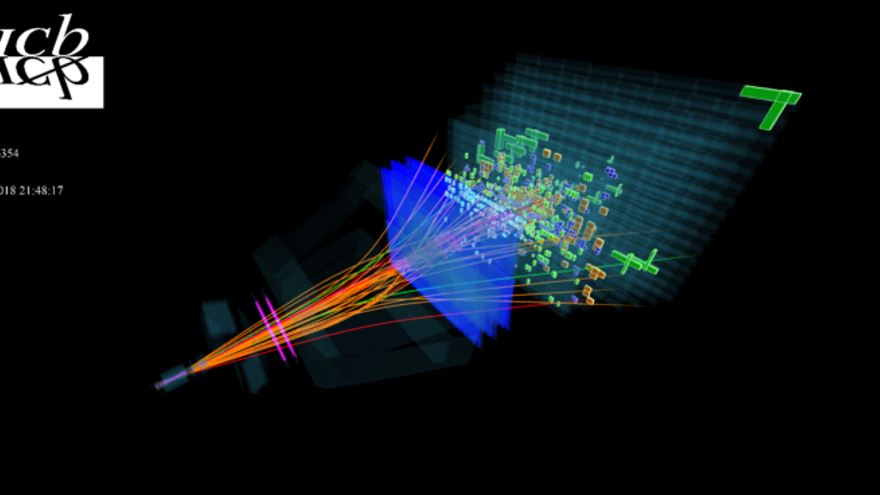 A new discovery establishes that there is a type of elementary particles that balance between matter and antimatter, apparently driven by unknown forces not contemplated in the Standard Model.

Scientists have been intrigued by the subatomic world since we discovered that the atom was not the building block of matter.

Not only do we observe that an atom is composed of 99.99% vacuum, but there are also much smaller particles that are the ultimate constituents of matter and their interactions.

The elementary particles of matter and their interactions arose after the Big Bang and continue to this day, giving consistency to everything we know.

Since the 70s of the last century, we even have a Standard Model that details both the structures that make up the most basic levels of matter, as well as the interactions that occur between elementary particles.

We have also discovered that, if a whole universe of mass and energy hides within each atom, the interior of each elementary particle also reveals universes of particularities that lead us to inexplicable frontiers.

Related topic: Checkmate the Standard Model that explains the universe

The antimatter frontier One of these frontiers indicates that, in addition to matter, there is also antimatter, a replica of known matter, less abundant, which is constituted by antiparticles, instead of particles.

Antiparticles are identical to particles, except that their electrical charge is opposite to that of the particles. Another thing that we have verified is that particles and antiparticles cannot coexist: they cancel each other if they meet.

The Earth is constantly bombarded by antiparticles brought to us by cosmic rays, and even our bodies are a source of antiparticles. The two faces of the universe are everywhere. And when they coincide, there is a spectacular flash of light, the product of mutual annihilation.

The paradoxes do not end there, because, on the one hand, there are particles that do not have an electrical charge that also contain antiparticles: the neutrino is considered to be simultaneously matter and antimatter.

On the other hand, we also know that there are four types of particles collected in the Standard Model that can become its antiparticle: they are mesons of different types, all made up of quarks (which make up nuclear matter) and antiquarks.

Although the discovery of mesons dates back to 1935, it wasn’t until 2007 that we realized that there are various types of mesons that spontaneously change from matter to antimatter.

This behavior responds to the principle of quantum superposition, according to which a particle can simultaneously register two or more different values.

Unexpected oscillation However, now there has been another relevant discovery: Some types of mesons, known as charm mesons, simply oscillate between particle and antiparticle state.

That is, we knew that some types of inns could change their state, but what we have discovered now, thanks to a technological feat, is that another type of meson changes state in an oscillatory, periodic way: these mesons are constantly balanced between matter and antimatter. An unprecedented familiarity in quantum interactions.

Scientists do not know how to explain this discovery, which does not fit the Standard Model. They suspect that there are more elementary particles entangling between the feet of matter, causing these strange behaviors. Another gap opens in the most robust theory we have to describe the quantum universe.

This oscillation between matter and matter, which occurs inside the mesons, could nevertheless contribute something important: explain the asymmetry that we have detected throughout the universe.

We still do not know why, after the Big Bang, matter prevailed over antimatter. Perhaps the balancing of a few mesons between two irreconcilable states has the answer.