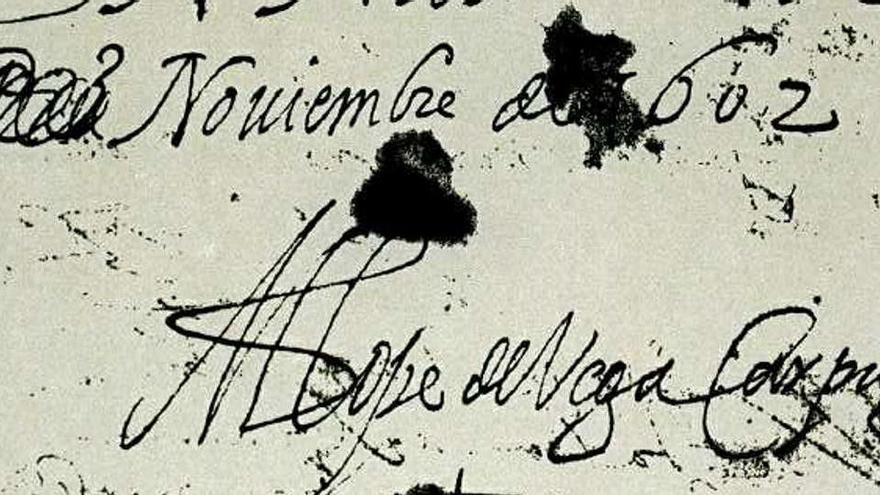 Researchers from the Autonomous Universities of Barcelona, ​​Valladolid and Salamanca have identified in the National Library of Spain a unique copy in the world, a first version of the work “Punishment without revenge” by Lope de Vega, which the author later discarded, and which was illegally edited.

Lope de Vega I was almost 70 years old when this work was completed on August 1, 1631, whose autograph manuscript is preserved in the Boston Public Library, which is considered by experts a jewel, since it contains many deletions, additions, corrections and rewritings, which allow you to continue your creative process .

And now what it is has been found probably the first edition that there existed of “Punishment without revenge”, but of a first version that the author discarded and that was published illegally.

The specimen, unique in the world, is in an important theatrical release fund of the BNE that researchers continue to study.

It is a loose edition, “pirate”, without the obligatory printing data, but it could have been the first impression of Lope’s work, which is called prince edition (“editio princeps”).

“The text of the form must have originated very early, even before the first editions known until now, because it collects the first title that appeared in the autograph ‘A punishment without revenge‘, and not’ El ‘, and, on the other hand, which is very significant, the first version of the ending, in which Lope crossed out several verses to rewrite and perfect it, “explains Valdés.

It is a version “less shocking, since it does not show the corpses of the protagonist lovers on stage, and with shorter interventions”, which it was not collected in any other edition, nor those that until now were believed to be the first, which were promoted by Lope de Vega himself.

That is why he believes it possible that this edition derived from what is known as “early companion manuscript”, that is, a manuscript of those that were copied in theater companies for staging, adds Valdés.

The analysis shows that the identified edition was stamped in Seville, at that time part of the Kingdom of Castile, where since 1625 the printing of comedies was not authorized for its questionable morality.

During those years of license suspension, many works were illegally printed in Seville and the illegal business of theatrical printing in the capital of Seville, without printing data, or with false data, was repeatedly denounced by playwrights, including Lope himself in the prologue of the edition that he promoted in 1634 of “Punishment without revenge.”

According to these experts, perhaps this illegal Seville edition was precisely what prompted Lope to publish his own edition (in Barcelona to avoid the ban in force in Castilla).

In this illegal edition, the printer added after the title a slogan that said “When Lope wants …”, and that seems to allude precisely to that atmosphere of rivalry that infuriated the public of what was the great mass entertainment of the time, the theater. It is the first edition to use this motto, since until now it had only been documented in a much later one.

Several features of the new localized print have allowed experts to recognize the Sevillian print where it appeared: that of the Gómez de Pastrana printer.

“He legal and well-known catalog of Gómez de Pastrana is so scarce that it seems insufficient to make a living from it. That makes one suspect that he printed more than he legally published and recognized with his imprint ‘with license in Seville, by Pedro Gómez de Pastrana. At the corner of the Royal Prison ‘”, explains Germán Vega.

“We also know that a few years later an inspector seized packages of illegally printed comedies from his printing press and decreed his prison“Vega adds.

How Gómez de Pastrana got a copy of the work is still a mystery, but it could be the product of an illegal action and, of course, without knowledge of Lope himself, say the researchers, who propose two hypotheses related to the theater companies that performed the play at the time.