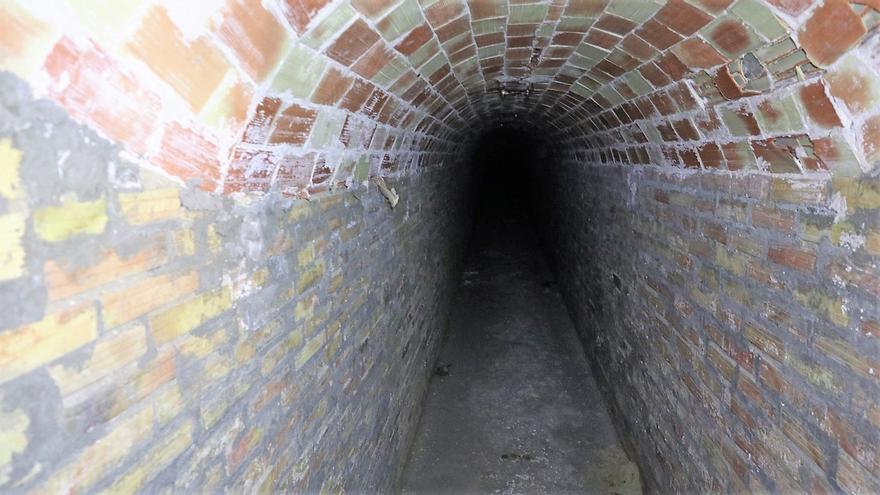 The mayor of Elda, Ruben Alfaro, announced this Wednesday that the works being carried out for the remodeling of the Plaza de Arriba have brought to light a bomb shelter from the Civil War. The Elder councilor has been accompanied during the appearance by the councilors of Sustainable Public Services, José Antonio Amat, and Heritage, Beloved Navalon, as well as by the professional in charge of the archaeological monitoring of the work in the Plaza de Arriba, Jose David Busquier, and the municipal archaeologist, Juan Carlos Marquez. Alfaro has explained that “is about a news of enormous importance related to the historical heritage of our city and that, personally, has moved me. We had identified the Muslim cemetery in this area and we were aware that when works of this type are carried out, vestiges of the past may appear in the subsoil, but at no time could we imagine that we were going to find a refuge of this size and in such good condition “.

The mayor of Elda has detailed that “It is a gallery, located about 10 meters deep and about 400 meters long, which has a main corridor and another three that go in the direction of the Church of Santa Ana, the Plaza del Ayuntamiento and the Calle de la Purísima ”. The interior of the galleries has been preserved in perfect condition, especially the vaults, while the floor is also well preserved, although it shows accumulation of rubble and mud in some very specific points. The refuge maintains the old electrical lighting installation, but it is totally deteriorated and also has several respirators distributed throughout the galleries and made of ceramic material, which are also intact..

The mayor showing the images of the shelter in the remodeling works of the Plaza de Arriba. INFORMATION

Rubén Alfaro has stated that “As a curiosity, I can tell you that on one of the bricks there is a signature dated February 1938 and there are also remains of objects from the time, which we assume were left by the workers who made the infrastructure”. The mayor has confirmed that the goal is “To value this refuge, and thus I have transferred the indication to the Councilor for Heritage so that a project is drawn up. In principle, you have to provide electricity, install railings on the access steps and something else. We are going to work to integrate the entrance into the plaza because this refuge complements one of the routes of external promotion that we are working on. We have organized activities related to the last days of the Republic and this infrastructure would complement our tourism proposal in a very significant way ”.

José David Busquier, for his part, explained that “In this type of works, an archaeological follow-up must be carried out. In this sense, we are aware of how the work is developing, in coordination with both the company and the City Council. After the discovery, the mandatory thing is to inform the Ministry of Culture and the promoter of the work, which in this case is the Elda City Council itself”. Busquier has ensured that “The next step will be for the technicians of the Department to come and from there we will carry out an investigation and follow-up work to put it in value, as the mayor has commented. It is a quite large gallery shelter, probably one of the largest in the region. The georadars had already pointed out the possibility that this refuge existed, but at no time did we expect that it would be so well preserved, easily accessible and can be visited. Furthermore, we are fortunate that the heritage discovery does not affect the work carried out on the surface at all ”.