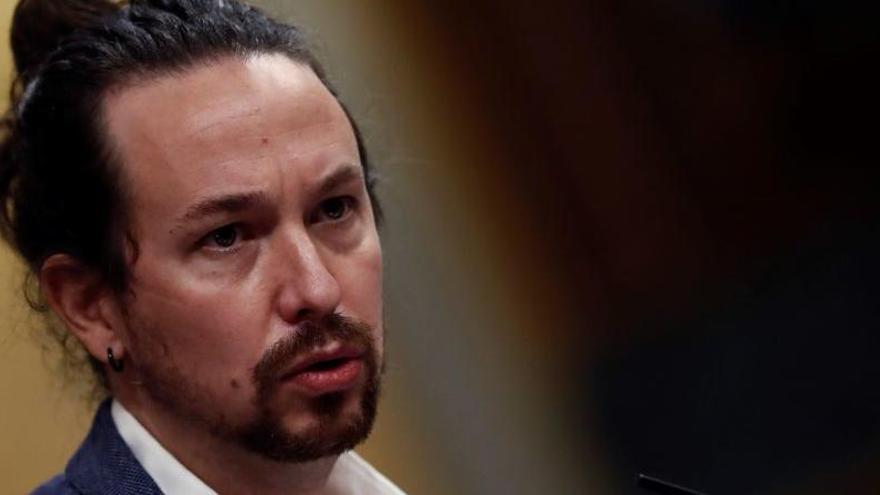 The Provincial Court of Madrid has confirmed the file of the complaint for sexual and workplace harassment presented by the lawyer of Podemos Marta Flor against the former party lawyer José Manuel Calvente, who has considered that in this way it is proven that said complaint was part of the “harassment process” of which he claims to have been a victim for reporting alleged crimes in the political party.

As reported by Calvente himself in a statement, the Provincial Court has rejected in an order issued on December 18 the appeal filed by Flor, thus ratifying the decision adopted on July 28 by the investigating court number 32 of Madrid , for which the judge Rosa María Freire ordered the provisional dismissal of the complaint filed against him for alleged crimes of sexual, workplace, harassment, coercion and injury.

The Madrid Court has considered that, taking into account the account of the events contained in the complaint, Calvente’s statement and the conversations between the two by WhatsApp, Telegram or emails and other documents involved in the case, “it should be shared the provisional dismissal agreed by the judge ‘a quo’, as the commission of any of the crimes charged has not been incidentally proven, “according to the excerpts from the order highlighted by the former Podemos lawyer.

Specifically, it has estimated that “in the present case the nuclear element of the type is not reproduced in any way, that is, the defendant’s request to the complainant for ‘a sexual favor'”. “In no way is it clear from the behavior of the defendant that an objective and seriously intimidating, hostile or humiliating situation was provoked in the complainant, producing, of course, divergences in the line of action in any of the legal matters of the team”, has indicated.

The Provincial Court has pointed out that “the contact of both through Telegram and WhatsApp messages that appears in cars it was bidirectional, in the case of a friendship relationship and, as the investigating judge refers, of consented trust, the plaintiff recounting some personal aspects to the defendant and showing an attitude towards him of gratitude for the personal help that he provided. ”

You have also understood that there is also no “causal link” between the alleged harassment that Calvente was accused and the mental injuries that Flor says she suffered, since she maintains that she suffered a picture of anxiety that forced her to be on sick leave between October and December 2019. In the opinion of the Madrid Court, it is “more It is plausible “that the lawyer’s medical situation was due to” tensions “in the Podemos legal team, which” ended up dismantled, “he recalled.

Calvente, for his part, stressed that the Hearing has supported the file of the case without agreeing to new testimony, based on “the complete transcript of the conversations held by WhatsApp, Telegram and the e-mails, with an explanation of their true meaning “, which he delivered to Freire, in front of what he has branded as a” ruse “by Flor by providing” biased messages and out of context to try to demonstrate the false harassment. ”

The former lawyer has taken the opportunity to to denounce again that Flor’s complaint was part of the “serious process of harassment and personal and labor retaliation “which he says he suffered throughout 2019 for” having questioned, investigated and denounced allegedly criminal acts committed by some members of the Podemos leadership and which are currently under criminal investigation. ”

Calvente is complainant of the case ‘Neurona‘, where the 42nd investigating court in Madrid investigates the possible existence of a simulated contract between this political consultant and Podemos for the 2019 electoral campaign with the alleged objective of diverting money from the’ purple ‘accounts; and witness in the case ‘Dina’, where the National Court tries to find out how he appeared at the home of former police commissioner José Manuel Villarejo and ended up publishing the information contained in a mobile phone stolen from the former adviser of Podemos Dina Bousselham.

Calvente has asserted that the political formation has tried defend himself in both cases by accusing him of acting out of “revenge” for his dismissal. “Now, it has been proven that the one who acted out of revenge was Podemos and some of its leaders, lying in the dismissal letter and before the media in retaliation against me for having investigated some of the allegedly illegal acts committed in the party,” has held.

In this regard, he recalled that approximately a year ago Podemos decided to dispense with his professional services, “maliciously plotting a disciplinary dismissal based on a non-existent sexual and labor harassment” of Flor, and that last October the ‘purple’ organization recognized that it was inappropriate.

Podemos and Calvente reached an agreement in an act of conciliation prior to the trial that was to be held in the social court number of Barcelona for this labor dispute through which the party agreed to classify the dismissal as unfair and the former lawyer agreed to receive compensation of 30,000 euros, instead of the 400,000 that he initially asked for.

The lawyer has denounced that, with all this, he has been the victim of a “harassment and demolition plan” in which Podemos has used as a “weapon” Flor’s “false accusations”, “either in collusion with her or by lending themselves to assume them as true, without the slightest hint of veracity or taking any action aimed at investigating or clarifying them previously within the party.”

“The false facts that are the subject of the complaint have been used by Podemos and some of its leaders, such as Pablo Iglesias, to intimidate me, discredit me, defame me, lynch me personally and professionally in front of public opinion and purge me within the party simply for having said ‘no’ to certain allegedly illegal actions, “he said.

Calvente has especially charged Iglesias noting that he “vilely lied to all the media” when he presented his dismissal to the media as a case of sexual harassment, “knowing that there was not a single piece of evidence.”

“Pablo Iglesias maliciously accepted the false story that his colleagues had prepared for him and began to publicly defame me. That is the credibility offered by the secretary general of Podemos and vice president of the Government of Spain. None. Neither in this nor in anything. What does Pablo Iglesias have to say now? ”