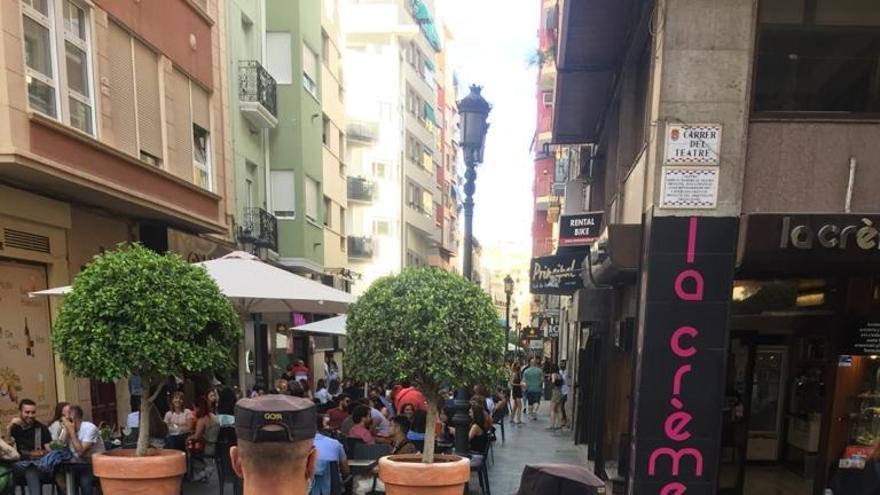 The areas and places with the greatest influx of people will be the object of special surveillance to avoid groups in which distances are not met and with the main objective of avoiding large bottles, which are prohibited. The City Council asks citizens to continue to maintain the civic behavior of recent months and respect health measures, since private celebrations have an important weight in the transmission of the virus.

The Councilor for Security, José Ramón González, has indicated that “the guard will not be lowered and the Local Police will continue working to avoid a setback in the progress made in the face of the pandemic, and the bottles will be monitored to prevent them.” The mayor has asked “to continue to maintain caution, distances and minimize the risk of contagion; We have been at a low risk level for more than two months and the vaccination program is progressing at a good pace, so it is necessary to continue guaranteeing the safety and health of all ”.

Within the device the Local Police has organized a plan antibotellón that includes itinerant controls throughout the city and the usual areas where young people usually meet to drink alcohol: the two castles, the Barrio, the Ereta, the coves, Cabo de las Huertas, the Golf and the vicinity of the San Juan beach . The Air Media unit will also monitor the beaches, promenades and places where large bottles can be held with the drone from the air.

For this operation, the Local Police will mobilize members of the Barrios, Traffic, Usec, Fox, Canina and El Goir units, as well as the Night Service and the Police Unit. “They are going to confiscate and destroy the drinks, drawing up sanction records and asking for maximum cooperation from young people,” says the Councilor for Security, who recalls that they will also carry out breathalyzer tests.

Likewise, the Local Police will also deploy agents in the leisure areas and on the premises and terraces to ensure that the measures of capacity, groupings of people, use of masks and social distances are met.

According to the Department of Security, five beaches of Alicante They will be controlled with agents by land, sea and air, also reinforcing with messages by public address the respect of distances, the use of masks when walking, the first line of the beach, and will be patrolled on the sand with quads, boats and agents for the rides.

The City Council appeals to individual commitment and social behavior of caution and self-protection, minimizing risks and adopting measures to reduce capacity in order to avoid the increase and possible transmission of the disease.

The Local Police will ensure the use of the protective mask and social distances and remember that from the Valencian government It is obliged to comply with the maintenance of the interpersonal safety distance of at least 1.5 meters. Regarding the mask, people six years of age and older are obliged to use it on public roads, outdoor spaces and in any closed space for public use or that is open to the public, regardless of the maintenance of the distance. interpersonal security physics. The mask should be worn on the walk through the accesses to beaches, lakes and other natural environments, walk to the seashore and other aquatic environments, the use of changing rooms in public or community pools, except in the showers. It is also necessary in the exterior or interior of hospitality establishments outside the times strictly necessary to eat or drink.