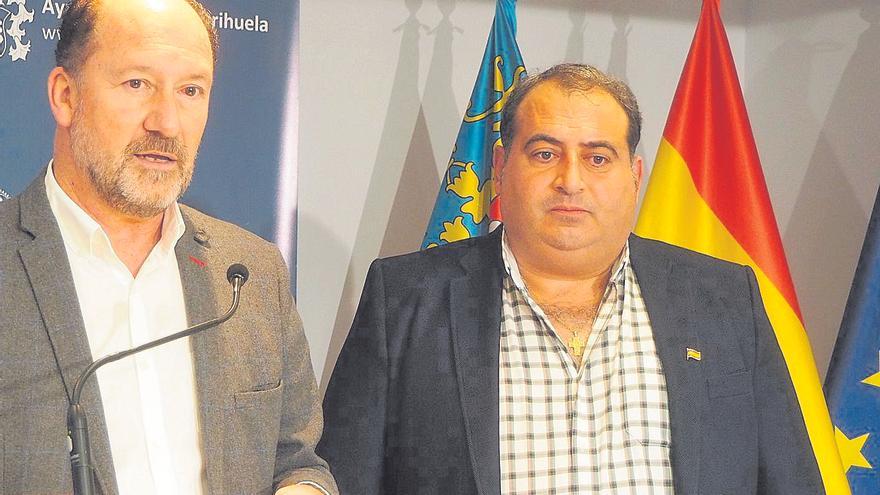 The municipal technician in charge of supervising the contract for the maintenance of roads and public spaces in Orihuela Costa has denounced the Councilor for Infrastructure Ángel Noguera, from Ciudadanos, for an alleged workplace harassment. The complaint, as INFORMATION has learned, has been filed by the official before the service for the prevention of occupational hazards of the Orihuela City Council, following the “anti-mobbing” protocol of the council. The technician, who has been on leave due to anxiety since February 9, points out in his complaint that since the start of the contract, in February 2020, he has been suffering “continuous pressure” from the councilor, on whom he hierarchically depends, ” to carry out my work “and adds that” with repeated interference that prevents me from developing my technical work normally and independently. ” The official has submitted to the Mayor’s Office his resignation from his task of supervising the contract due to lack of independence, he justifies.

In his complaint he indicates that these pressures are “without technical or legal justification” and assures that he is receiving “humiliating treatment” by the mayor of Cs. Municipal sources confirm that the council is going to open an investigation commission on this murky matter, while the denounced mayor of Infrastructure has refused to make statements “about a procedure that, by regulation, is reserved and confidential” and adds his press department that “If there is a publication, comment or leak about this procedure, we will inform who (sic) it is.”

The worker denounces that, since the councilor Ángel Noguera took over the responsibilities in Infrastructure, “the interference in technical work and municipal supervision of contracts have been constant, hindering the necessary technical independence conditions, continuously belittling my work, always addressing me with degrading and dictatorial treatment by entrusting me with some function, and lowering my criteria and technical advice to practically nonexistence, in favor of other people they trust.

The official defends that his work has been “professional, adequate and technically exhaustive” in a contract that, after the municipalization of street cleaning and garbage collection, is the one with the highest economic cost for the Oriolan municipal coffers, of about 800,000 euros per year . And he assures that Noguera has been “gradually withdrawing” from his functions in favor of people “of his trust”, an official and an advisor, who lack technical qualifications or responsibility to perform that function that corresponds to him as a technician assigned to that contract by the Governing Board, “carrying out, in fact, tasks of supervision of the fulfillment of the contract and surveillance, giving the successful bidder orders and counter-orders against my criteria,” he explains in his complaint. Both, he assures, have come to give him indications “about how I should carry out my work, Mr. Noguera pretending that I am the one who places myself at the orders of these two people because I am of their trust.”

The complaint for workplace harassment has been filed by the official after the letter sent by the mayor of Infrastructures to the Department of Contracting in which he doubts the inspection work that the technician is doing with the contract and with the winning company, even concluding his The attitude towards the merchant is “flexible and accommodating”, pointing out that the provision of the service “is deficient”. Some accusations that the official denies and calls “false and unfounded.” And he shows his amazement because it is the first time since working in the consistory “with up to eight councilors” that a situation like this has happened to him, accusing Noguera of “contempt for me and my work for reasons that I do not understand, with the The sole purpose that, if I do not comply with his instructions, I resign ». The worker recalls that since February 2020 Noguera has not processed a single invoice issued by the company despite being certified by municipal technical and economic services.

The official, who has served in the City Council since 2011, was appointed by the Governing Board as responsible for supervising the contract that was awarded to Zaplana Caselles for four years for 3,309,584 euros. As this newspaper published, the company accuses the Department of Infrastructures of a “boycott” and points out the “many obstacles and tripping” since it systematically withholds its monthly payments of 63,000 euros, which the mayor of the area, Ángel Noguera, does not sign, despite that the technician who has now denounced the councilor, has been giving them the go-ahead. The City Council currently owes the company more than 126,000 euros of the monthly payments for December and January. Infrastructure justified that it “perceives” that the service is not being provided “with the quality that is required”.

The contract was controversial from the start. It was awarded to Los Serranos in 2019, but the current winner, Zaplana Caselles, filed an appeal and the Central Administrative Tribunal for Contractual Appeals annulled that first award because a quality mark was scored that was not mentioned either in the specifications or in the content. of the evaluation criteria, so the winner was Zaplana Caselles.

PSOE and Cambiemos ask for a contract commission

The spokespersons for the municipal groups of Cambiemos Orihuela: UP and PSOE presented yesterday the request for an Extraordinary Commission that they have registered this week and from which they hope to know the current situation of the road maintenance contract in Orihuela Costa, after the disagreements between the concessionaire company and the mayor of Infrastructure, Ángel Noguera. Carlos Bernabé (Cambiemos) and Carolina Gracia (PSOE) pointed out that it is one of the most important contracts in Orihuela, the Maintenance of Roads and Public Spaces on the Oriolano coast, and they criticize the conflict between the two parties since the company accuses to the Department of Infrastructures to retain the invoices and not pay them without reason, as revealed INFORMATION. In the registered application, both groups subscribe that “it is not logical that the concessionaire and the city council communicate through the media if all the statements and evaluations that we have been able to know after the news published a few weeks ago are true.”

Also Read  The trail of the 'pier of shame'

Carolina Gracia explained that «we want to know if the Contracting Area has initiated any procedure to review or modify this Contract and the problems or doubts that exist so that the town council is not paying the invoices, which do have the approval good of the municipal supervisor ». For his part, Carlos Bernabé has pointed out that “the management of this contract smells terrible. First, the local government overreached to try to be awarded to another company with worse scores and, later, it boycotted the current company that runs it to suffocate it. It seems that, once again, they want to protect the profits of certain companies to the detriment of others, by twisting legal procedures, and this is intolerable.

For this reason, both groups demand “that transparency be thrown” on this situation that affects various areas of the PP and Cs government, such as Infrastructures and Contracting, and of which the mayor of Orihuela, Emilio, is also fully aware and has been a part. Bascuñana, they indicated.