“If they load the river, they load everything.” That lapidary phrase of the mayor of Montanejos, Miguel Sandalinas (PSOE), summarizes what the implementation of the 2022-2027 Júcar basin hydrological plan would mean for Alto Mijares, proposed by the Hydrographic Confederation (CHJ), in the processing phase and whose allegations period has already ended.

Among other effects, the most devastating for the province, as the first mayor advises, is that destroy the Fuente de los Baños, the most emblematic natural pool in Castellón -and one of the most famous in the Region, if not the most, being the promotional image abroad of the Turisme-campaigns, something that would be a “socio-economic disaster”.

Ending this tourist magnet in Montanejos would mean losing 150 direct jobs in the region, which depend on the continuous influx of visitors to the place, a wealth that the mayors are not going to give up. “It is not that they do not listen to us, Alto Mijares is not directly in the equation. We do not exist for the CHJ,” he reproaches.

“It would be a socioeconomic disaster for the region. Alto Mijares is not in their equation, we do not exist for the CHJ”

If the project is given the green light as it is conceived, the Fuente de los Baños would face conditions that would no longer be suitable for bathers. they could enjoy this enclave. The main consequence is that “the flow of the river Mijares would triple”, going from the current 644 l / s to 1,200 l / s and, in certain seasons of the year, even 1,800 l / s. That factor, explains Sandalinas, would lead to a drop in water temperature of up to 10 degrees and a loss of quality in the liquid that would reach the site, since, unlike now, “in which the water is underground and comes clean and pure”, in the future it would come from the swamp, therefore, “being superficial, it would come with sludge”. 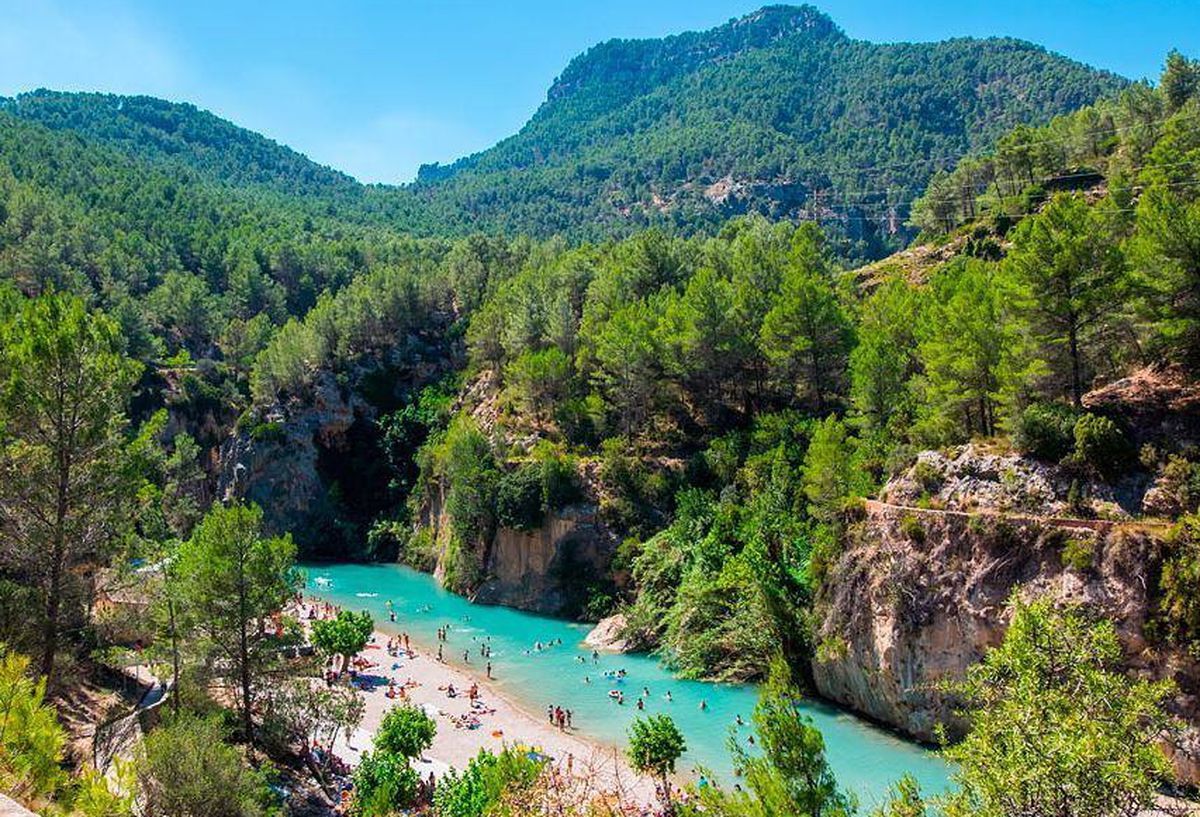 For the mayor of Montanejos, the CHJ proposal is “absurd”, “science fiction”, although what most unnerves him is “the lack of sensitivity” of the entity, which forces city councils to “accredit through studies and reports things that are obvious”. Fortunately, they are not alone. “I know of few situations in which everyone -institutions and parties- have so agreed on something “, he values, and appreciates the support of the Generalitat and the Diputación.

“There is no vocation for dialogue; triple the flow and the rains can cause a misfortune to happen if they don’t clean the river first”

Although Montanejos would be the main victim, Cirat’s pools of water would not come out unscathed either. “There is no vocation for dialogue in the CHJ, it is like speaking to a wall,” reasons the mayor, Rafael Matoses (PSOE), who asks, before applying a possible increase in the flow, that they clean the bed of the Mijares river. “If it continues as it is now, the combination of triple the amount of water that they want to impose and the episodes of heavy rain can cause a misfortune to occur,” he warns.

“It would hurt us a lot. Many neighbors work in the summer in Fuente los Baños, so they will kill us if something disappears”

In Arañuel, his bathing area would also disappear. “This considerable rise in the flow rate would do us a lot of damage. There are many neighbors who work in the summer at the Fuente de los Baños and, if they charge it, they have killed us, “denounces the municipality, Justo Palomares (PP).