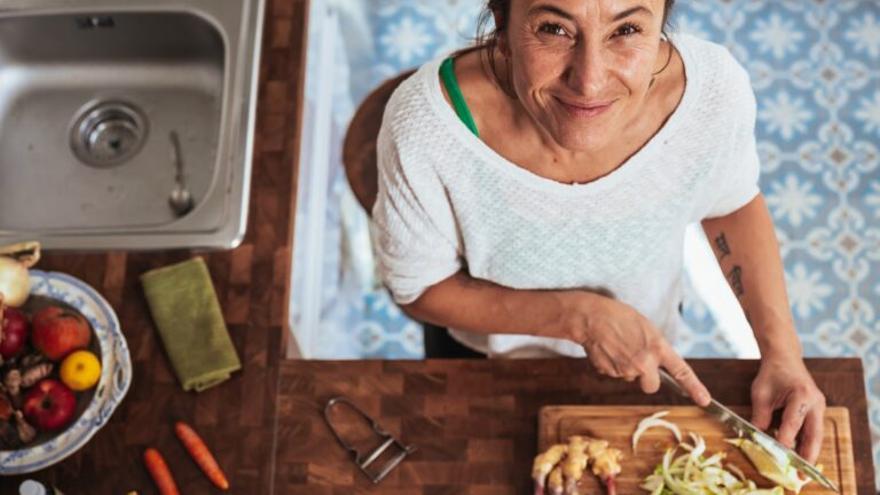 A study has shown that you can reduce biological age in more than three years improving diet and lifestyle for eight weeks.

Since the aging is the main driver of chronic diseases, this reduction has the power to help us live better and longer.

It may interest you: Aging is not a disease

And it is that, although the chronological age is what it is, the biological one can be modified. It should only be change diet or eliminate sedentary lifestyle from the usual routine.

The study used a randomized controlled clinical trial conducted between 43 adult men healthy between 50 and 72 years.

At the same time, they were divided into 2 groups: the test group and the control group, who did nothing different in their routine.

Those who were in the test group they started an 8-week treatment program.

This procedure included orientation on diet, sleep, exercise and relaxation, as well as probiotic and phytonutrient supplements.

After this period, DNA samples of all participants by saliva tests.

For each one, they analyzed the degree of DNA methylation, a process associated with a number of key processes, including aging or the onset of age-related diseases.

This resulted in the group that underwent the diet and lifestyle treatment his biological age decreased by 3.23 years compared to the control group.

The test group consumed a diet Mainly based on foods rich in folic acid, vitamin C or vitamin A, among others.

Foods rich in folic acid They can be broccoli, Brussels sprouts, asparagus, avocado, orange, banana and melon, among others.

Along the same lines, foods rich in C vitamin they are citrus fruits, peppers, kiwi, strawberries or tomatoes, for example.

As foods rich in Vitamin A We can point out the carrot, lettuce, spinach, cabbage, sweet potato, pumpkin, melon or mango.

Likewise, nutrient-dense animal proteins such as liver and the egg.

The diet restricted carbohydrates and included a mild intermittent fasting. Both aspects were designed to reduce the glycemic cycle, that is, the spikes and falls of blood sugar.

The guidelines to follow included exercise for a minimum of 30 minutes every day or at least 5 days a week.

The intensity media it should be around 60-80% of your maximum perceived exertion.

This was established because the authors indicate that previous research has suggested that excessive exercise can accelerate aging.

Stress and hours of sleep

For one long healthy life being able to control anxiety levels is essential.

Researchers reveal in the study that accumulated stress is associated with accelerated aging. Therefore, the guide included breathing exercises 2 times a day.

One of the best breathing exercises is to lie down on your back with your knees bent.

When the position is found, place one hand on the chest and the other on the abdomen just below the rib cage.

Then it should inhale slowly through the nose and feel the stomach expand. The hand on the chest should not move.

Then you have to exhale little by little through the nose and feel the abdomen deflate and return to its original position.

For a better result, it is recommended to repeat the exercise five to ten minutes.

Finally, the need to take care of the quality of rest was also emphasized, with a sleep recommendation of at least 7 hours per night.

The importance of DNA methylation

These early results appear to be consistent with the few existing studies that have so far examined the investment potential of biological age, and greatly expand them.

DNA methylation patterns have become one of the primary means by which scientists evaluate and track aging biological.

The term is used to describe the accumulation of damage and the loss of functions of our cells, tissues and organs. This damage is what causes the diseases of aging.