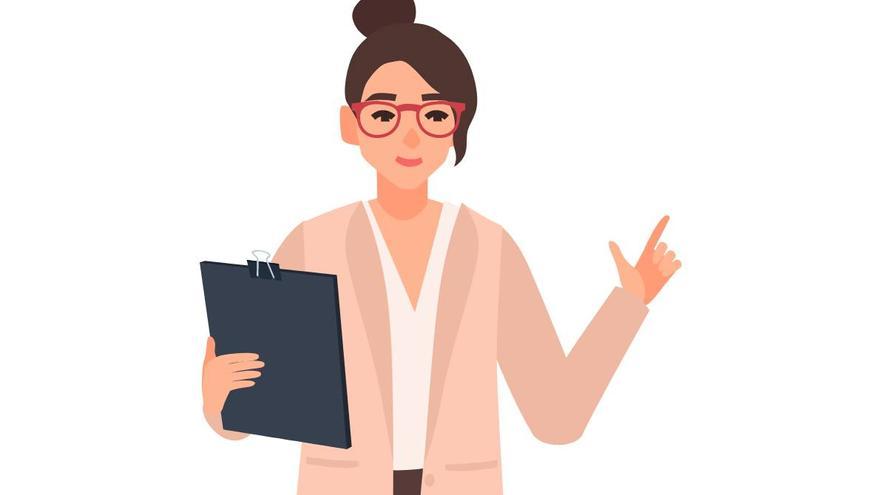 Economic Vice President Nadia Calviño acknowledges that “we still have some tough weeks ahead of us, but all the previews suggest that Spain will be the country in the European Union that grows the most this year, and that this positive trend is also maintained in the following years ”. Specifically, Calviño expects the recovery to pick up strength from the second half of the year, “when activity in sectors that are still restricted and the investments foreseen in the State Budgets for 2021 and the Plan begin to be deployed. Recovery is catching up to cruising speed ». In the short term, the priority of economic policy is to control the pandemic and advance vaccination. “We must also preserve financial stability with a good coordination of fiscal and monetary policy at the European level, and continue to support the productive fabric, employment and family income as we have done so far, because that will be the basis of the recovery”, adds the vice president.

The deputy governor of the Bank of Spain, Margarita Delgado, agrees that “after the collapse that Spanish economic activity suffered in 2020, it is foreseeable that it will recover with relative vigor in the coming years.” Although he points out that «this pThe recovery process will probably present high heterogeneity between sectors, types of companies and groups of workers, and it will not prevent our country from taking quite a few quarters to recover the levels of GDP prior to the crisis.

Inés Juste, president of the Juste pharmaceutical group and vice president of the CEOE, summarizes the medium-term challenges as follows: “To consolidate the recovery, the most relevant aspects are the effectiveness of European funds; the implementation of structural reforms, such as more labor flexibility, fewer administrative obstacles, the solvency position of economic agents; the confidence of families and their predisposition to consumption and to initiate the correction of macroeconomic imbalances, especially the high level of deficit and public debt ”. “A close and committed public-private partnership” will also be key.

There is a coincidence that “the recovery will go at various speeds depending on the sectors and the economic scars that the covid-19 has left,” as stressed by the CEO of Axa Seguros, Olga Sánchez. “There are sectors that will reactivate faster (such as industrials) and others (such as tourism, commerce and the hospitality industry) that are still very aware of the evolution of the pandemic”; These are sectors that, according to Sánchez, “inevitably are handcuffed to the measures adopted by governments and the recovery of consumer confidence.”

“The crisis has affected all sectors, although some more than others. The restoration has suffered a dramatic impact, but others such as the logistics sector or electronic commerce they have sped up more. As in any crisis, opportunities arise ”, certifies Blanca Sorigué from the vantage point of the management of the Barcelona Free Zone Consortium.

Virginia Donado, CEO of the Lizarran restaurant franchise, is well aware of the effects of the health crisis on the hospitality industry, but is optimistic: “Because of our culture and personality as a society, we are strong and we recover very quickly.” On the threshold of recovery, she has already identified her goal: “Recovery is primarily focused on saving jobs and protecting our network of franchisees, which together with brands are our two greatest assets as a company.”

The automobile industry is still suffering from the halt in production and consumption. Recovery will be slow. For María Helena Antolin, vice-president of Grupo Antolin, a multinational automotive components company, “it is urgent to act by supporting in a firm and decisive way key sectors such as the automotive industry with a country strategy that facilitates the activity of companies, R & D & i, internationalization and training of professionals ». From his point of view, “the first step is to use the funds that will arrive from the European Union in a smart and fast way, financing projects that allow the digital and technological transformation of this sector.”

The 140,000 million European funds allocated to Spain for the next six years are configured as an essential lever for recovery. Almudena Eizaguirre, general director of Deusto Business School, emphasizes that these funds “pursue the ecological and digital transition. Two issues that, along with others such as social cohesion and gender equality, are called to increase the productivity of the economy and create a better, fairer, balanced and sustainable society ”.

Energy stands out as a key sector in the use of funds aimed at the great green transformation that the European Union is pursuing. “Energy is a tractor sector of the Spanish economy, and in a context like the current one it makes more sense and gives hope for recovery”, explains Carlota Pi, president and founder of Holaluz. “The European funds that have been launched to combat the pandemic have provided resources for an energy transition” towards greener sources.

The CEO of Iberdrola Spain, Ángeles Santamaría, imagines the recovery “under green principles” and explains that “it is not only about decarbonizing the economy, reducing CO2 emissions, but at the same time developing a strategy that leads in the short term to the reactivation of our industry and employment ”. It is about – he adds – transforming the production model “to make it more resilient, competitive and sustainable, focusing investments, resources and plans on future productive sectors.”

Digitization is the other great vector of European funds. For the president of the Spanish Association of the Digital Economy (Adigital), Carina Szpilka, rather than talking about recovery funds, it is necessary to talk about “funds to make a transformation.” She is convinced that the “new economy” to be created must be based on four pillars: training and learning digital skills; the digitization of SMEs; entrepreneurship and innovation and a rethinking of public administration so that its digitization and legal, labor and tax frameworks facilitate the other three pillars.

The ‘green deal’ pursued by European funds is not an exclusive task for the energy sector. “There is no planet B. It is time to bet on a production model based on a responsible use of resources, the circular economy and that ensures social progress”, starting from the food sector Natalia Berenguer, Danone Secretary General for Europe. “In addition, the current food model must be transformed to make it healthier, more sustainable and more inclusive.”

Lourdes Gullón, president of Galletas Gullón, highlights the performance of the sector during the pandemic. “After the successive stoppages motivated by confinements, the agri-food industry has emerged as an essential sector and has demonstrated its ability to adapt to a service sector that has suffered its consequences to a greater extent.”

Also from the food sector, Carmen Lence, CEO of Leche Río, believes that 2021 will continue to be “a difficult year” for the economy. In his opinion, “it is important that government aid and recovery funds are managed well and that they will ensure the viability of companies, but are not wasted on zombie companies that unfortunately are already insurmountable.”

The debate on public aid for the solvency of companies damaged by the crisis is present among the directives. «The decisions taken by public institutions so that these companies, generators of wealth and employment, can continue to live, acquire great relevance in this regard. If they die, they will not act as vectors of positive change, ”warns Eroski’s CEO, Rosa Carabel.

The recovery of consumption is key. “The consumer goods industry is one of the engines of the economy, and it should continue to be,” says Vanessa Prats, General Manager of Procter & Gamble in Spain and Portugal. For Prats, «the pandemic has been a litmus test for the logistics chain, and Spanish distribution has played a great role. In the worst moments of the crisis, Spain has not suffered from shortages at any time ”and has performed better than other neighboring countries, he stresses.

Also Read  When to File Your 2021 Federal Tax Return

The economics of health

When Marieta Jiménez, European President of Merck Biopharma, draws lessons from the pandemic for the future, she does not hesitate: “Economic recovery depends on science and innovation.” The health and economic crisis “has shown that we were not investing enough in R&D, or allocating what was necessary to health spending. Nor were we promoting the necessary talent and potential of our scientists. The other great lesson is the potential of public-private collaboration, as has been seen in the “unprecedented acceleration” of the processes for the covid vaccine. Merck is collaborating with 50 vaccines and multiple diagnostic tests.

Elisa Tarazona, CEO of Ribera Salud agrees with the diagnosis: «In the health sector we have suffered a hard impact with this crisis, but we have also learned powerful lessons with which to face recovery. One of them is the importance of the role of innovation and new technologies ”. Another, “the importance of collaboration between the public and the private.”

Thinking about the tunnel exit, Mercè Conesa, president of the Port of Barcelona, ​​sees signs of optimism. «The logistics sector is a good thermometer of the economy and, in the case of the Port of Barcelona, ​​we closed the last two months of 2020 with double-digit growth in total freight and container traffic, percentages that we maintain in January and February. Everything indicates that this year we will grow and we will be able to reach the levels of 2019. This is good news.

The real estate sector is also waiting its turn. “Certain trends that were going to mark the real estate future, such as ‘built to rent’, logistics investment or sustainability have accelerated during a 2020 marked by the pandemic,” says Vanessa Gelado, director of Hines Spain. “There have also been substantial changes in other segments such as offices and retail, where, despite being one of the markets most affected by covid-19, we see how large companies (Inditex, Nike, GAP, Levi’s) continue to bet on retail at street level, in ‘prime’ shopping areas, “he adds optimistically.