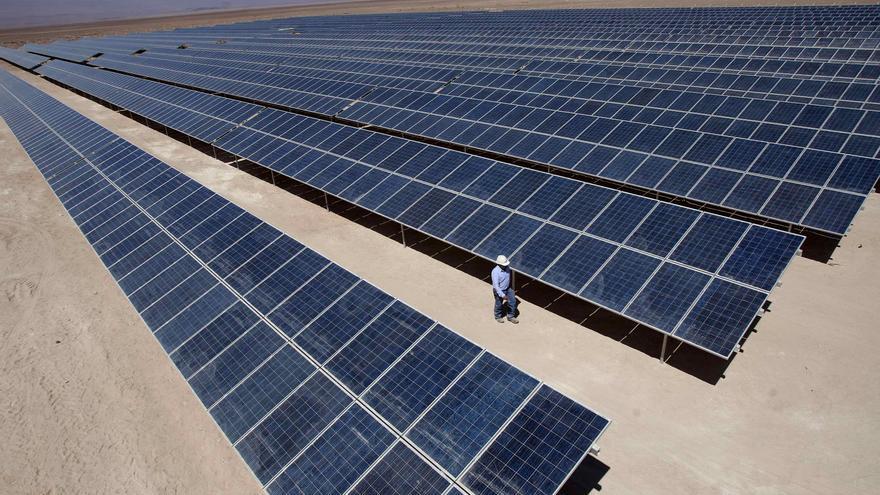 The need to replace fossil fuels with renewable sources to supply energy to a population of millions of people is causing situations as surprising as they are unfair. The gigantic photovoltaic parks that extend throughout the immense lands of the Peninsula (sometimes more than 1,000 hectares) they generate not only environmental impacts, but also social ones.

More and more testimonies of people who have seen their land (often agricultural fields on which they depend for their subsistence) expropriated by the Administration to hand it over to a private developer that will flood them with solar panels for their exclusive financial benefit.

The Spanish media are increasingly full of such testimonies. The owner of an olive farm in Granada recently claimed that a foreign multinational called him to ask if he was interested in renting his land to them. When he answered no, after a few days he saw the expropriation of his farm in the BOE. In another case, this one in Córdoba, a British multinational has managed to seize ownership of 77 hectares of land despite the opposition of its owner. And so throughout Spain.

Operator in a solar park Agencies

But How is it possible for a private company (usually a large multinational) to literally take over the land of a private individual? to establish your business there?

The expert and lawyer José Guiote has published an article entitled ‘The compulsory expropriation for the benefit of private photovoltaic developers’ where he gives the keys to how this process works.

Everything is based on current Spanish law, which allows a private company to seize the land it deems necessary for your project, simply asking the Administration to declare the operation of public utility. This is happening frequently in Spain.

Guiote considers it unjustified to maintain the current wording of the law, given its great permissiveness, and asks that the Administration get involved to end the current defenselessness of the citizen.

The figure of the ‘Public Utility’

The key, he points out, is found in the legal figure of the ‘Public Utility’: “It is questionable whether it is justified to maintain the declaration of public utility of the electric power generation facilities for the purpose of expropriation of the affected assets and rights, in the current liberalization panorama, where any individual can exercise this activity, and where it suits him best, ”says the lawyer.

In fact, the regulations that allow such a joyous pace of expropriation “Inherits its wording from a preconstitutional law”.

In the end, the Public Utility granted “redounds to the exclusive benefit of a private company,” he says.

Spain currently has a hundred large photovoltaic generation facilities, which, in the opinion of the National Association of Photovoltaic Energy Producers (ANPIER), “It is an exaggeration from the point of view of the country’s energy needs. Thus, if the National Integrated Energy and Climate Plan established the objective of incorporating 26,134 Mw of photovoltaics in our country between 2021 and 2030, today the requested access power is more than 96,000 Mw: almost four times what was programmed by the Government ”.

The profit goes outside of Spain

José Guiote points out in his article that, in addition, All this volume of energy does not even generate profit in Spain, since the profit usually goes abroad: “It is more and more frequent the existence of management entities dedicated to the projection of the photovoltaic installation, the management of its administrative authorizations and the obtaining of the necessary land to, then, transmit everything to a foreign investment entity”.

Panels in the field Europa Press

“With that, the community in whose social interest, allegedly, it was expropriated, will not receive any economic return of the energy supply whose income and taxes go abroad ”, he adds.

ANPIER’s businessmen consider that behind all this “There is an excessive speculation of large investment funds, which take advantage of the weaknesses of our administrations and the lack of citizen information to implement almost infinite surfaces of photovoltaic panels (…) that will neither leave wealth nor employment in our municipalities ”.

Guiote considers that the great mistake of the current legislation is to give so much power to the promoter. “It does not seem admissible for the developer to stop, without further justification or control, a subjective right to have the farms where he has decided to locate the photovoltaic installation be expropriated in his favor,” he says.

In short, the expert considers that “Administrative control must be intensified around the true public utility of the project photovoltaic in each specific case, without falling into illogical automatisms ”.