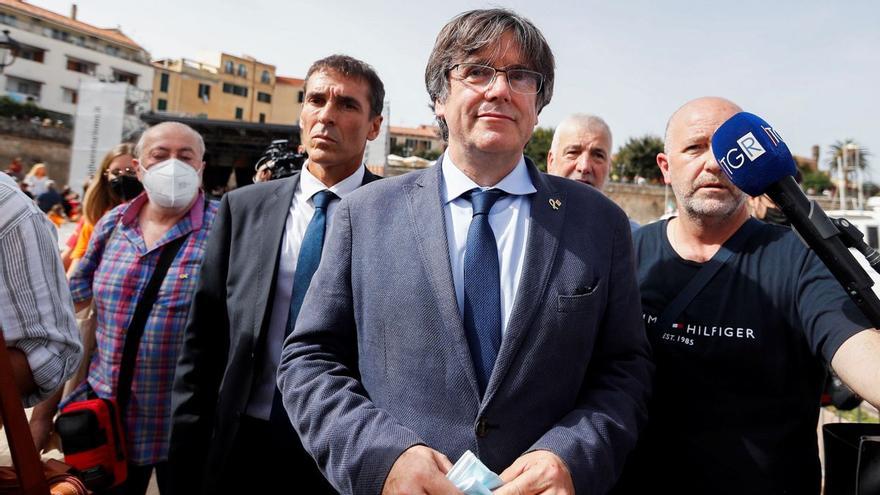 The first thing the ex-president’s operation did was confirm or discard the hypothesis that there were Spanish police officers involved. He immediately ruled out this possibility because it meant that the arrest responded to a pact between states, which was a risk: you had to be in league with the Sassari judge, something unlikely in a state of law like Italy. Add to this the diplomatic crisis that it could generate with Spain, when in Catalonia, without going any further, the largest foreign community is the Italian.

It was not in Pedro Sánchez’s script

To rule out the pact between states by Puigdemont is to rule out the involvement of Pedro Sánchez. “For Sánchez it was a mess, this was not in his script,” admit sources from the expresident’s environment. Therefore, and this is relevant, the accusations of Junts per Catalunya – in tornado – against the Government and against the dialogue table were rather a operation to remove slice politics. It was only necessary to listen to the president of the Parliament, Laura Borràs, to the vice president of the Government, Jordi Puigneró, and the number two of Junts, Jordi Sànchez, in his statements to the media early on Friday morning, charging against the Government and its “double standards.”

Just one week after the internal crisis in the Government by the members of the dialogue table, the ‘consellers’ of Junts met before the appointment of the entire Government. On the table they put the suspension of the dialogue table until the ‘Puigdemont case’ was resolved, according to sources from the ‘councilors’ of Junts. Finally, Aragonès stopped the threat of another schism and it was agreed that the ‘president’ would speak that what happened “does not help” the dialogue table. “The concept ‘this is why we demand the withdrawal of the arrest warrants …’ was included to indirectly link the future of the dialogue to the case of the ‘expresident’,” reports a Junts source. Aragonès thus achieved an image of cohesion and later traveled to Sardinia together with the vice president, Jordi Puigneró, from Junts, in a good climate between the two.

Meanwhile, the Puigdemont team had not slept all night. The recipients of the phone calls and contacts with the Italian authorities will be known in the future, but they are multiple. From the outset, “we tried to get them to release him, to make them realize” that the Euro-order was suspended. But the Italian police responded that they had no legal recourse to decide. For this reason, he conducted consultations with the Spanish police.

“I cannot speak, there are many hours of work, the key is that on Thursday night we did not sleep, we are talking about the Italian state, with independent judges, the prosecution is serious, not controlled by the Government, there has been a lot of work because the prosecutor It has not bought any argument from Spain and has bought all of ours ”, these sources explain.

The battle of the ‘expresident’ was to convince the Italian authorities of what was dictated by the General Court of the European Union (TGUE) on July 30, where he saw no risk of immediate arrest. “We were aware that this resolution could generate confusion,” they admit. And they add: “the Spanish police went from the state attorney and adhered to Llarena’s criteria.”

“If the idea was to annoy Sánchez, they do us a favor, it has been a boomerang, every time Llarena screw up, he reinforces us.” And reinforces Aragonès’s commitment to amnesty, they insist on ERC, reports Xabi Barrena.