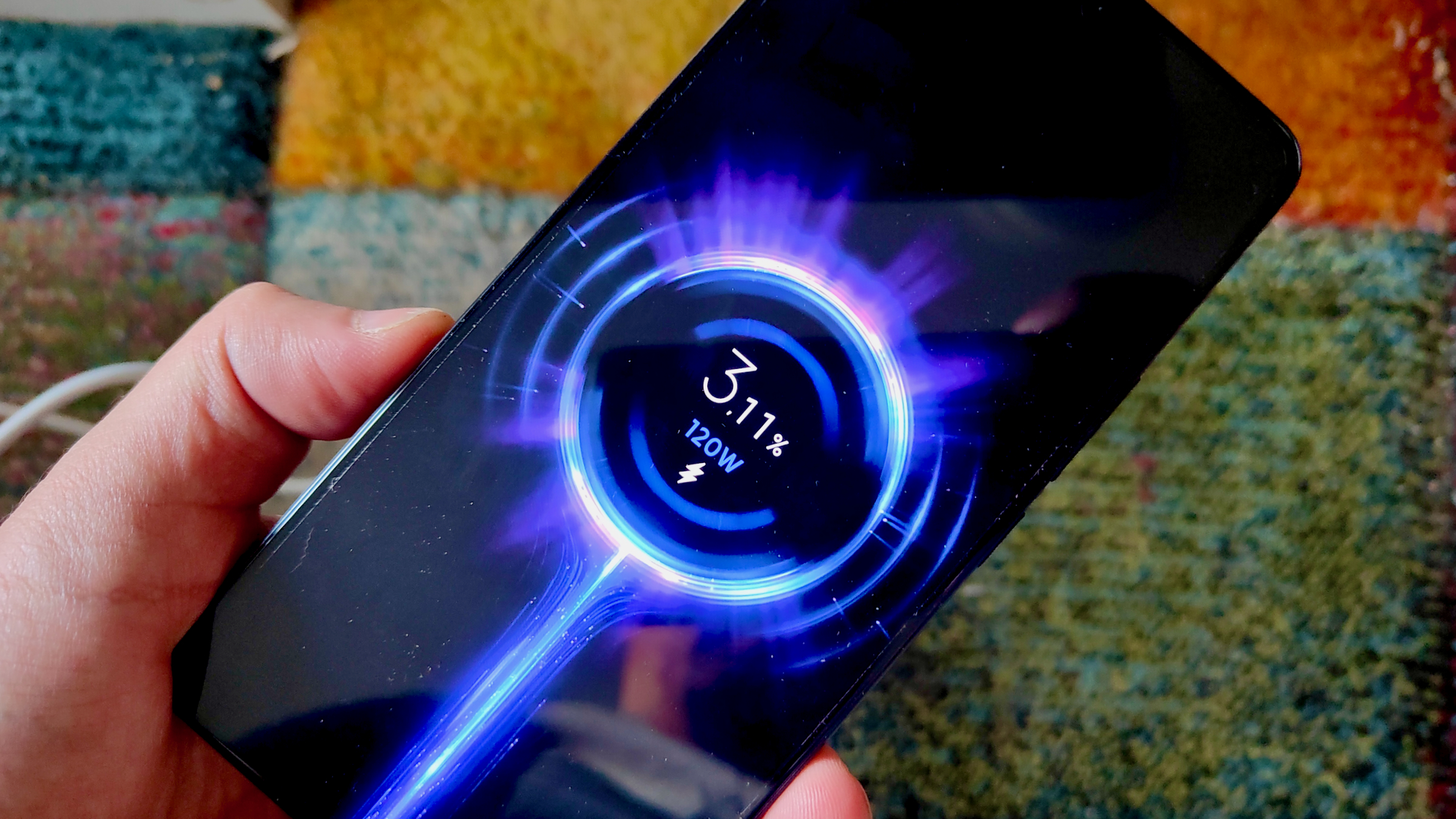 Companies continue to advance in relation to charging technologies with their new models. We not only see the arrival of higher charging power figures but we also see how companies strive to add security measures to them.

The 5,000 mAh battery of the Xiaomi 12T and 12T Pro and according to the company are capable of going from 0 to 100% in just 19 minutes. From Computerhoy we have put this technology to the test with real tests beyond the laboratory to verify that figure.

But first, let’s talk about the charger that accompanies the 12T mobile family in the box. And it is that Xiaomi has included a USB to USB-C charger with a maximum charging power of 120W.

Xiaomi has announced in the presentation that the load of the terminal takes 19 minutes. We understand, therefore, that according to the company from a state of off, or with a very, very low percentage, this charger and cable are capable of making the mobile reach 100%.

In our tests, we have performed a load series with the mobile in an environment of 23ºC – 25ºC and starting from a percentage of 2% until the battery marks 100%.

Our loading times are very short and they will make you change your habits if you were not using fast charging, but we have NOT been able to get that charging time from Xiaomi, just by plugging in the charger that comes in the box and its cable.

Here we leave you the first measurement, that is, after removing the mobile from the box, finishing the configuration and using it until the battery marks 2%.

Also Read  China launches the first unmanned and autonomous ship to transport drones: this is the Zhu Hai Yun

As we can see, the load is practically linear and it took us 28 minutes, we reached 50% in just 13 minutes. We have been surprised to see how far we are from the 19 minutes that Xiaomi announces. So we have attributed this first measurement to a recalibration of the battery as it was the first full charge after removing it from the box.

That is why we have made a second charge when we have reached that 2% again after using it for a day and a half. All charges are made with the charger and cable that come in the box.

Is second load has lowered the previous time by 4 minutes and has stayed in 24 minutes. As we can see, much closer to the figure that Xiaomi commented on in the presentation.

Even so, we have not remained calm and we have thought that perhaps the difference in charge between those 19 minutes announced and the 24 minutes that we have registered could be due to the fact that we have made the charges with the mobile on.

We proceed, after another day of use and when we have that 2% charge again, to carry out the third charge cycle, but this time, we turn off the mobile and check the charge every minute.

Fast, yes, but not as fast as Xiaomi says

I sincerely and personally thought that we had hit the key and that a charging mode would surely be activated for a longer time at a higher power with the mobile turned off, but the following graph leaves no room for doubt. We were wrong.

The charging time since power off has been 25 minutes and 28 seconds. We must bear in mind that since we plugged in the charger until the mobile turns on the screen and marks the beginning of the charge, almost those 28 seconds passed, that is, we can round up to 25 minutes, practically the same as during our second measurement.

Also Read  The new DGT measure for those over 65 does not exist. But the debate about his license, yes

So we almost take the result for granted but we did not want to make a new check with the mobile on since that second measurement has already dropped by 5%, which is what differentiates our latest measurements from the times announced by Xiaomi.

So we use the mobile for another day, taking photos, with two email accounts and push messaging applications and social networks as the main uses and we return to that 2% point of origin to make the last charge.

My hope is to see if it drops again from those 24 minutes of our best measurement, if not, I’ll take this measurement for granted and account for that difference due to room heat and overvoltage and temperature battery protection measures.

But we already told you that no, there is a trick. Xiaomi does not have the 120W fast charge mode active by default even if you use that charger.

The 120W load is not activated as standard

And here we come to the crux of the matter, it turns out that the mobile detects the 120W charger and then a message appears at the top of the screen to activate fast charging.

That shortcut takes us to Security -> Battery -> Battery Tab -> Charging Speed. And from there we have the option to activate increase loading speed.

If we activate what they call MIUI Turbothen and only then does it start charging with those 120W when connecting this charger.

In fact, although the opening image reflects that it is loaded at 120W, after activating this option, the charging animation changes to 120 MAX and also the loading logo in the notification bar with a double angled lightning bolt. For the times that we saw before, surely the load was carried out at a maximum of 66W.

With this mode activated, it is clear that the mobile takes a little less time to charge, we have registered 20 minutes and 40 seconds, less than what Xiaomi announces, and 4-5 minutes less than with that active MIUI Turbo mode.

What we can see in this charging curve and compared to the previous one, we can see how the time is shortened, although when we pass 60% it continues to charge at the same charge rate as before, to take care of the battery.

The Xiaomi 12T Pro reaches 50%, from our base of 2%, in just 7-8 minutes compared to 13 minutes for the first charge and 9 minutes for the second charge. From there they are very similar load rates, although slightly higher with the Load Speed ​​Increase mode.

That gives a total of about 20 minutes of chargingthat is, in line with Xiaomi’s promise.

As we can see, Xiaomi’s fast charging system works very well, the charger comes in the box and yes, we can go from the mobile almost turned off to more than 50% in just 10 minuteswhich is enough for just over half a day of very intensive use.

We keep testing the Xiaomi 12T Pro and we will leave you all the information in our review about its performance, 200 Mpx camera operation and much more.