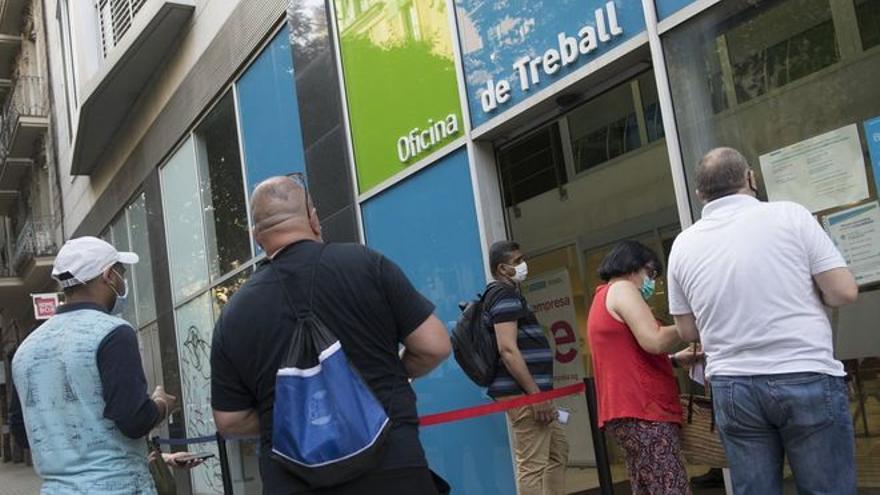 1. What companies can benefit from the covid ertes?

The scheme outlined by the Government is maintained and distinguishes three types of ertes endowed with public resources. On the one hand, the ‘suspension earts‘. These are the files that any company that is forced to close by a government decision can turn to. Either due to a temporary outbreak, such as a bar located in a neighborhood in which a rebound in covid infections has been detected and for which the regional government on duty has temporarily decreed the closure. Or because of a closure decreed for a long time, as would be the case of nightlife, which has been banned for months.

The other type of erte authorized by the Executive is the ‘erte due to activity limitation‘. This protects those companies that are affected by specific limitations in their production, even though they may continue to operate. An example would be a theater that has limited capacity for health reasons and therefore has limited activity.

And the third part of the agreement is for those sectors most affected by the covid crisis and they are considered ‘ultraprotected‘. This concerns a specific list of activities delimited by Cnaei (national classification of economic activities). These are the ones that the Government has considered most affected by the pandemic. Here the agreement reached between the parties introduces new features, as it adds some sectors to the list.

2. What companies are on the list of the most affected?

This is the list of sectors that the Government considers to have “a high rate of coverage due to temporary employment regulation files and a low rate of recovery of activity.” Three sectors have been added to this list with respect to the last extension: ‘Manufacture of other clothing and accessories’, ‘Wholesale of coffee, tea, cocoa and spices’ and ‘Photography activities’. And five of them come out: ‘Graphic arts and related services’,’ Manufacture of optical instruments and photographic equipment ‘,’ Retail trade of computers, peripheral equipment and software ‘,’ Space transport ‘and’ Rental of means of navigation ‘.

3. If a company is not on the list of sectors most affected, does it have access to aid?

For those companies that are not on that list of CNAEs, the Government has also opened the possibility of benefiting from a erte by force majeure provided that they can prove that their activity depends on a company that is on that list. To access these grants, they must be able to prove that the 50% or more of your billing It depends on a firm in erte by sectors.

4. How much is the aid for companies?

Erte companies can stop paying part of their workers’ Social Security contributions. The amount of the same will depend on the type of erte and the size of the company. In the case of you are due to disability (companies forced to close), the exemptions are 100% for firms with fewer than 50 employees and 95% for those with more than 50 employees. Percentages that are maintained from June to September.

For the rest of the sectors, those of limitation and those of ‘ultra-protected’ sectors, the exemptions vary depending on the size of the company and whether or not they have active workers. The following table summarizes the exemptions.

5. If a company is already up and running, how does it access the new grants?

If a company is currently in danger of covid, it will see automatically renewed your file. By not modifying the categories, the company will keep the same type of file. If a company extends its erte, its commitments to employment will be automatically renewed. That is to say, the veto on dismissals (under penalty of returning the aid), the limitation of overtime or subcontracting is maintained.

Nor will it be necessary for companies currently affected by an erte to submit a new collective request for their workers to collect unemployment benefits.

6. How are the benefits of the affected workers?

The Government has maintained the amounts of the unemployment benefits that the affected workers had been collecting. Pay will continue to be 70% of the salary regulatory base and it is prevented from falling to 50% after six months on erte. That 70% of the base is limited to the usual amounts, that is, to 1.098,09 euros monthly if the worker does not have dependent children; to 1.254,96 euros if you have a child already 1.411,83 euros if you have two or more dependent children. According to the text of the agreement, that amount equivalent to 70% will remain until September 30, 2021. At the expense of another possible renewal.

7. Will the workers who continue in suspension consume the right to unemployment?

No, at least for the remainder of the year. The Government has extended the call ‘counter to zero‘ensures that every worker today in employment and who is laid off in the future will have the right to collect unemployment throughout the year 2021.

8. Can employers lay off workers?

No. Erte companies may not undertake layoffs during the first six months of the file, starting the meter at the moment in which the company disaffected the first worker. If they did so, the firms would be obliged to return the amount corresponding to the exemption of Social Security contributions and the amounts of the benefits of all affected workers.

9. Is the veto on overtime or the distribution of dividends maintained?

Yes. The new government agreement maintains the limitations and safeguard clauses for employment. Companies that are currently on a job will not be able to put overtime to their staff, or resort to outsourcing or subcontracting. Nor can companies distribute dividends in the same year that maintains an erte.

10. Are permanent discontinuous workers entitled to any help?

The text closed with the social agents establishes that the erte companies that can resume part or all of their activity must call the employees with a discontinuous fixed contract to work. A frequent modality in hotels, theme parks or other businesses with a strong seasonal nature. If the company does not have enough activity to call them all, the company has the obligation to incorporate them into the erte, which entitles these workers to be covered by unemployment benefits from the SEPE.