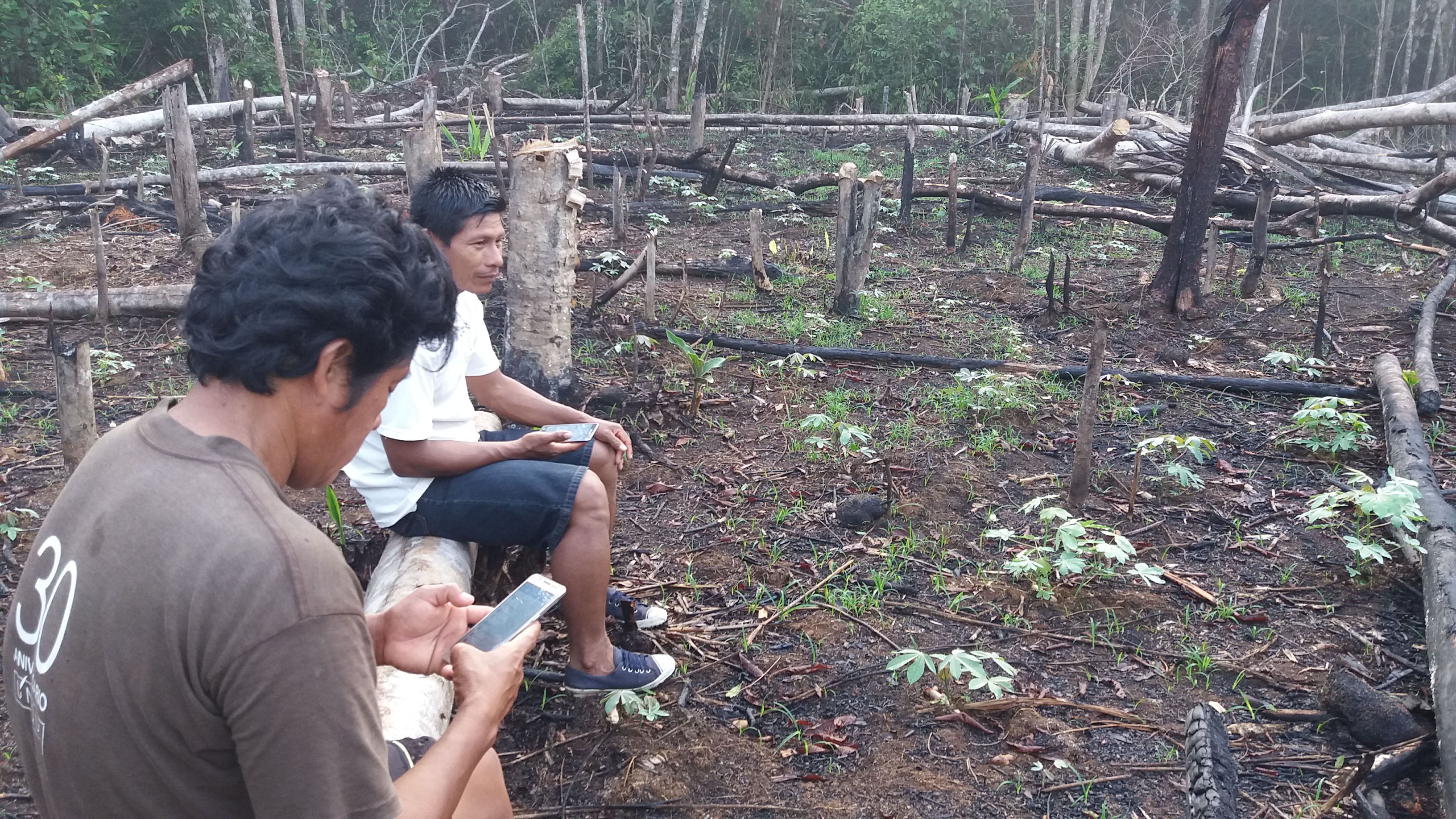 Some 120 indigenous representatives of the Peruvian Amazon, baptized as community monitors and trained to interpret satellite images that showed deforested areas, spent years patrolling their territories to prevent illegal deforestation caused mainly by the irregular extraction of wood, the action of prospectors. of gold or the plantations of illicit coca crops for drug trafficking.

“The use of this technology serves to protect the territory and culture of our peoples,” explains Jorge Pérez Rubio, an indigenous person from the Murui Huitoto people located on the border between Peru and Colombia, and president of Regional Organization of Indigenous Peoples of the East (ORPIO) that groups more than 500 ancestral communities in the Peruvian Amazon. “Many of our brothers have been murdered in previous years by drug traffickers and illegal loggers. The protection of our forests is a task that compromises life itself ”, he adds.

The methodology community forest protection began to be implemented in some communities in the northern Peruvian Amazon in 2016 by ORPIO and Rainforest Foundation US (RFUS). In 2018, a group of researchers from the universities of New York and Johns Hopkins proposed a collaborative project to test the effectiveness of this methodology. The initiative was developed over two years with 76 communities in the department of Loreto, in northern Peru. Half of them were trained with smartphones, GPS and drones to track the images of the PeruSAT-1 satellite, available on the public platform Geobosques, and the other half continued to guard their lands according to their traditional methods.

The results show that communities equipped with these new technologies managed to reduce deforestation by 52% in 2018 and another 20% in 2019, compared to the other thirty communities in which monitoring was not implemented.

Since these are communities located in remote areas of the Amazon without internet access, community monitors traveled to the regional data center in the city of Iquitos to collect deforestation satellite alerts and download GPS positions on cell phones. With this, they returned to their territories and began patrols in areas with signs of invasion. After two years of implementation, the results show that the communities equipped with these new technologies managed to reduce deforestation by 52% in 2018 and another 20% in 2019, compared to the other thirty communities in which the satellite monitoring.

The indigenous forest control activity with access to satellite early warnings and new technologies monitored a total of 250,000 hectares for two years and saved 456.3 hectares of Amazon forest that were threatened. According to published study at the National Academy of Sciences of the United States, Proceedings of the National Academy of Sciences (PNAS), on July 12, this experience shows that with limited resources and with the formation of indigenous communities, it is possible to fight head-on against deforestation.

“The advantage of this methodology lies in the time to act in a timely manner, because the indigenous territory is very vast,” says Pérez. This indigenous leader explains that to carry out a traditional patrol, it takes approximately 15 days of walking to trace the borders and see if there has been an invasion. However, with the system they can react quickly and go on the ground with a GPS to confirm if an area of ​​forest was being destroyed.

“We saw the marked points where there was deforestation, we armed a patrol and we could arrive in a couple of hours,” says Pérez. In addition, this system makes it possible to prepare before reaching illegally invaded areas to avoid dangerous confrontations or, when appropriate, to notify the public security forces. In the cases of coca plantations, early warning technology allows indigenous people to arrive when the crops are still incipient. “In order not to expose our lives too much, sometimes we reach an agreement, in some cases they have been given up to a year to finish the job and leave, especially when it comes to very remote places where you cannot ask the police for help” , he relates.

The PNAS study emphasizes that community participation in the detection of deforestation within these lands is essential since they are the ones who know them best and remember that the first measure to preserve tropical forests is to recognize the rights of indigenous peoples to access. and official delimitation of their territories.

Of the total areas of the Amazon deforested between 2000 and 2015, 17% occurred in national protected areas or in territories registered as property of indigenous peoples

Of the total Amazon areas deforested between 2000 and 2015, 17% occurred in national protected areas or in territories registered as property of indigenous peoples, while 83% occurred in those that were not protected by environmental reserves or by original towns. The Amazon forests store a total of 37.7 billion tons of carbon, that is, the equivalent of 29 years of emissions from passenger vehicles around the world, according to the figures revealed by the study. This report, conducted in Peru, is part of a larger PNAS research project that spans five other countries in addition to Peru: Brazil, China, Costa Rica, Liberia, and Uganda.

“Each hectare of the Amazon that is protected is a benefit not only for the community but for the whole world. This preserves biodiversity and reduces climate change with carbon sequestration ”, explains Jacob Kopas, researcher and co-author of these reports. Kopas stresses that the lack of funding is one of the main challenges for this project to be consolidated. The joint project between PNAS, RFUS and ORPIO points out that most of the public initiatives of governments and some NGOs have spent decades investing in satellite forest monitoring technologies but do not include local communities in the fight against deforestation. According to the research, technically trained indigenous representatives have been effective both in reading satellite information and in quickly containing invasions, in addition to being personally committed to conserving the forests that are their main source of subsistence. .

Our millenary knowledge together with science can help us overcome the climate, food and biodiversity crisis that we are experiencing

“We want solutions for the conflicts that affect us and we want to be part of the solutions. Our millenary knowledge together with science can help us overcome the climate crisis, the food crisis and the biodiversity crisis that we are experiencing ”, defends José Gregorio Díaz Mirabal, general coordinator of the Coordinator of the Indigenous Organizations of the Amazon Basin (COICA) and a member of the Wakuenai Kurripako indigenous people. Mirabal appeals for the governments and the negotiators of the next Climate Summit, COP-26, to consider the successful results of this experience since the project intends to continue and extend to all the officially demarcated indigenous territories in the Amazon. According to RFUS estimates, this expansion would involve setting up a surveillance system on 64 million hectares and would cost approximately 390 million dollars. The investment could prevent 100 million metric tons of carbon dioxide from being released into the atmosphere, which would reduce current global CO² emissions by 0.3%, that is, the equivalent of taking 21.4 million cars off the road. .

According to Kopas, this experience shows that “even in the most remote parts of the Amazon it is possible to carry out scientific studies together with indigenous communities and use the best possible methodology to verify whether environmental policies and climate change programs are useful or not” . Likewise, Mirabal adds that it is necessary to support initiatives that involve local communities since “the Amazon is a living being that has no borders.”