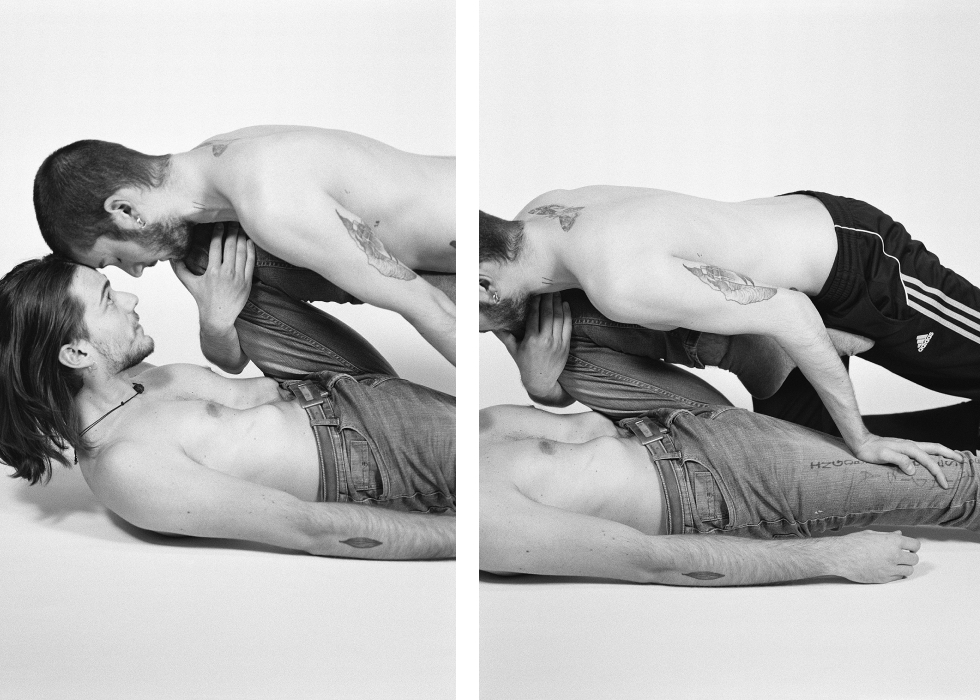 We live in the age of streaming, a time of constant loan in which the culture of not accumulating prevails. We don’t want to give up anything but we don’t want to go broke in the process, even if this means that the idea of ​​possession no longer exists. Until now, we could watch movies live without downloading them, enjoy a car in renting Instead of buying it, have a catalog house just for the holidays and even flaunt a signature bag for a limited time. But, is it possible to be the ephemeral owner of an original work of art legally and without emptying our pockets? The loan platform Artoteka was born at the beginning of January in Bizkaia with the intention of revolutionizing the conventional concept that we had of art collecting. All this, at affordable prices and with a social background beyond the vanity and status that its possession implies. “Artoteka seeks to bring contemporary art closer to the people and help to eliminate taboos such as ‘I don’t understand it, it’s for the elite’, which remove the figure of the artist from the social context. Artists live our reality and art is not only found in a gallery or museum. If art enters your home and comes closer to you, instead of you to it, you can break down established barriers ”, Laura Díez, cultural manager and coordinator of the Artoteka project together with Iranzu Guijarro and Marina Urrutikoetxea, tells ICON Design .

The idea of ​​launching this prototype library that lends original works of art arose as a result of Díez’s own experience in the ‘artothèque’ of the Limousin region, in France. This public figure was created by the novelist and politician André Malraux. Its mission is to give original pieces to individuals, schools and communities. It has been established in the Gallic country since the sixties and it stands as a powerful cultural tool, for meeting and mediating between the artist and the public. “There is a long tradition of artothèques not only in France, but also in countries like Germany, Finland or Mexico. But it had never been developed in Spain ”, explains Díez.

The opportunity to put it into operation in his hometown, Bilbao, arose as a result of the candidacy for the European project Reshape presented together with organizations for cultural development Online, Wikitoki Y Karraskan. The common proposal revolved around the role of art in the social fabric, analyzing its deficiencies and needs. “We shared our learning and I spoke about my experience in this artothèque French, where they offered online loans of works of art and mediation programs for places such as schools, hospitals and rural areas ”.

The first step to make Artoteka a reality was generate your own collection. For this, they invited ten artists with formats as diverse as ceramics, sculpture, photography or digital art. His goal was to create a hybrid collection that would showcase the diversity and richness of local contemporary creation. It would serve to release the work of artists who had not been in circulation for years. “The idea is that the works are not stored in the artist’s workshop or in the collection of a public body and thus serve as a tool for the public,” says Díez.

The works of Cherry Nativity Scene, Helena Goñi, Juana Garcia-Pozuelo, Mawatres, Raisa Álava, Rachel Asensi, Sign Olmo, Tunipanea Y Victoria Ascaso, all of them residents in Bilbao, are the first to hang in private homes through Artoteka. “The reception has been very good. Of the 30 works that we have in our collection, four are rented and 11 are in the loan process, ”says Díez. With a marked interest in artists who work with mediation and social environments, in the second phase of the project, which will be activated between April and May, a new catalog will be added. They want to include a selection of works from the collection housed by the Biscay Council. “In the future we would like to include older generations and other more emerging ones. This mixture of different trajectories could greatly enrich the Artoteka collection ”, points out Laura.

The collection is divided into categories such as Fantasy, Ecology and natures The Daily life, with which to facilitate a transversal approach to contemporary art from different paths. His idea is to encourage a practice that, to this day, still does not take off in our country: in 2018 the sale of art in Madrid did not reach 3% of the European market compared to cities like London, which concentrates about 60% .

The lack of training in schools and direct contact with artists are some of the reasons why this general detachment towards art continues to predominate in society, they point out. “The language that art uses and how it communicates is also partly to blame,” continues Díez. “That is why it is important to find meeting places so that people who are curious about this discipline – and not everyone has to have it – don’t run into a wall on the way. Bringing the figure of the artist closer to schools, or visiting his workshop to discover how he works would be a good start ”.

One flat rate for the entire collection

The operation of Artoteka is simple. Those interested in renting a work can do so through their Web page, where you must fill out a form indicating the piece or pieces you want to borrow. That rent will be for a minimum time of three months and with a fixed rate of 50 euros. The price includes transportation and installation costs.

Operating as a library, what happens if the work is broken or lost? The amount also includes insurance that would cover damages in the event of an accident during transport or in the domestic sphere. “Therefore we limit the value of the work at 6,000 euros, so that the cost of insurance does not skyrocket. As for the unlikely theft, we have a 15% franchise on its value. As they are works that do not cost millions, we can assume it ”, explains Laura.

The artists receive 500 euros in exchange for leaving three of their works on loan, whether it ends up being carried out or not. Another way to increase your income is to create mediation activities that stimulate loans, designed according to the interests of both the user and the artist. In this way, Artoteka seeks to generate a meeting and reflection point between the artist and his future client, linking art to other areas of knowledge.

In the event that we become fond of the work, Artoteka will value your possible purchase. “In other countries the artothèques arose to encourage collecting. We want that if someone considers buying the work after the loan, they can do so. We are not its owners, but we would act as an art gallery as an interlocutor, allocating 15% of its sale to finance the project ”.

The art of ‘performance’, also at home

In its catalog there are works that are designed to appear in our living room, but also other more innovative formats for community spaces. One of the great innovations that Artoteka raises in front of its French counterpart – which limits the loan to two-dimensional pieces – is to include live works of art. How do you lend a performance? “The easiest way to do it would be through a mediation activity with a center, either school or of another nature, where the action could take place ”, responds Laura Díez. “In the case of an individual, it could consist of a series of instructions posed by the artist or even an exercise in reflection. We are limited by current restrictions but a small concert at home with friends would also be an example, such as the performance with sound artifacts offered by the artist. Tunipanea”.

The replica of the artothèques French wines developed by these women is limited, for the moment, to the province of Bizkaia, but the idea is to spread throughout the Basque Country and especially to its rural surroundings. “Our capacity to act is small because transportation costs would be very high. For the rest of Spain it would have to be started by others. In fact, they have already shown interest from cities like Madrid. In France it works like this, with a network of artothèques by regions that share the same values ​​of democratizing art, ”says Laura Díez.

For those interested who distrust the virtual world and want to see their future acquisition in person, the BBK Media Library from the contemporary culture center Azkuna Center in Bilbao he exhibits until April 11 the work of the ten artists that make up his collection. The assistants, in addition to knowing the works, will be able to request their loan.