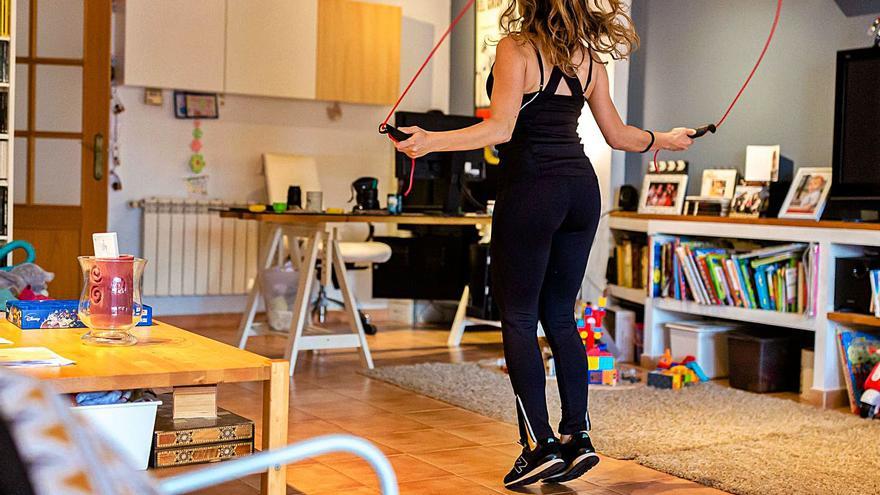 Overnight they became teachers, entertainers, housekeepers, and playmates. They took care of the children full time, until then many times shared with teachers, extracurriculars and grandparents. And they also exercised, especially in the first weeks, as parents of their parents: “Don’t go out”, “Be very careful”, “Are you okay?”, “What do you need from the supermarket?”. They organized their house to be able to telework or they saw each other for the first time in their life without being able to go to work, after being included in an ERTE. They secretly cried. And sometimes they still do.

Along with them, another half, mainly those who do not have other dependents, accepted the obligation to stay at home as something similar to a vacation. He took the opportunity to sleep, to cook, to read, to watch series, to make video calls, online courses, to take long baths, play sports and get bored, a lot, something until then unimaginable due to the stress and rush with which we live our day to day. day. To find themselves. And they also cried and worried about what was to come. One year after the outbreak of the health crisis caused by the SARS-CoV 2 coronavirus, the vast majority of them affirm that confinement allowed them to gain time that they did not have before to be with their loved ones or with oneself. And, in general, they say they are adapted to the new normal but surpassed in many aspects, fed up with the pandemic, exhausted from watching the days go by without seeing the end come or sad because vaccination has not just taken off. They call it pandemic fatigue.

In the province of Alicante there are more than 453,000 citizens aged between 40 and 54, classified with the nickname of Generation X. They are the largest age group. In his day, he also called them the Generation of the Key for being the first that grew up with less supervision of adults compared to previous generations, due to the greater participation of their mothers in the labor market; or MTV generation, can you imagine why. They were the first minors to have access to personal computers at home or at school; were children or teenagers when AIDS began to rage; they exalted Nirvana; they drenched themselves in independent film and felt like one of the Winona Ryder gang on Reality Bites. Although in their early youth they were considered lazy or indifferent to their environment, as they grew up they ended up being defined as active, happy, enterprising people with a great capacity to achieve work-life balance. Until the covid-19 made all of the above explode.

Also Read  How will history books tell of this pandemic?

Confinement forced many parents to act as teachers and playmates. | DAVID REVENGA

It is quite difficult to make a single pattern to know how the social and economic crisis caused by the coronavirus has impacted on the citizens of this generation. It is a large and very heterogeneous group, so that practically each experience differs a world from that of others. Most of the surveys and studies that have been carried out to know the effects on the population indicate them as the generation that has best weathered the restrictions due to the pandemic: it was not too difficult for them to stay at home, they adapted better than the younger ones to the new rules and took better care of the virus to be able to take care of their own.

A survey of more than 3,000 people on the mental health of Spaniards at this stage, published these days by the Center for Sociological Research (CIS), points out that eight out of ten «gene X» are quite or very concerned about the current situation of the pandemic; that two out of ten feel depressed or down every or several days; and that Most fear more because of the possibility that a relative will die or be infected with covid than because of their own contagion.

However, very few of them get rid of stress. Six out of ten consulted in this survey stated that they feel stressed frequently, something that for the psychologist Marisa Richelle has a simple explanation: “Before the pandemic, stress was already a companion, but you could temporarily detach yourself from your roles by staying with friends or disconnecting with hobbies or hobbies. Now, everything is concentrated at home: with perimeter and time limitations and for a long time locked in with all the members of the family, who also have their generational needs not met. For this reason, according to the psychologist, the stress levels among the «gen X» have risen in category: «More and more people suffer from a constant concern for the future, for ours, for work, for the economy, for getting infected, … which in the long run can lead to anxiety, insomnia, fear, addiction or depression.

Teleworking and ERTEs have marked this generation in the workplace during the pandemic. | TONY SEVILLA

Between asking for help and buying time

However, the majority of people in this population group trust that they do not end up suffering from any of the above disorders. In fact, another study carried out by the 40dB demographic agency indicates that Generation X is, of all of them, the one that to the least degree believes that the pandemic will end up taking its toll on their mental health —25.3% -; Y the least pessimistic about the future – 60% believe that their life will go back to the way it was before the health crisis. Also, the one that has been least affected economically and at work: 73.6 percent stated that they had maintained their employment without having their working hours reduced and 82.3% that their income had not decreased due to the crisis or they had, but only temporarily.

There are always exceptions. Angela and Antonio, a 45- and 47-year-old couple from Alicante with a son, have for the first time seen the need to ask their parents for specific help to make ends meet. She had to close for several months the small hairdresser that she set up years ago and face many payments without obtaining an income; he, a waiter, has been in and out of the employment regulation file (ERTE) presented by his boss for almost a year and it took him five months to start collecting the benefit. “We started with savings, but we got the insurance, the community, the rental of the premises that followed every month, and there came a time when we couldn’t do everything, we didn’t even have enough to do the shopping. Luckily the family was able to help us, “they say after having managed to stabilize their situation.

On the totally opposite side is Aila. An employee of a hotel in Benidorm without children, for a year she has only worked the three summer months, after chaining an ERTE and returning to unemployment because she has a discontinuous permanent contract. He reports that, despite the economic and emotional blow that the pandemic has caused at a general level, in his case the balance is positive: «I have been charging practically the same, without delays, and I have hardly spent, because there is no leisure, you cannot go out, travel». He also claims not to have been afraid and to have used the time to reconnect with his loved ones.

The same thing happened to Jose, who is commercial in the tourist city. Before the pandemic, he left home at eight in the morning and rarely returned before eight in the afternoon. She saw her two young children for just a little while before putting them to bed. After an ERTE and teleworking, highlights that these months have allowed him to «buy a lot of time to watch the children growEven though it is still crazy to organize at home and I am dying for everything to be the same again ».