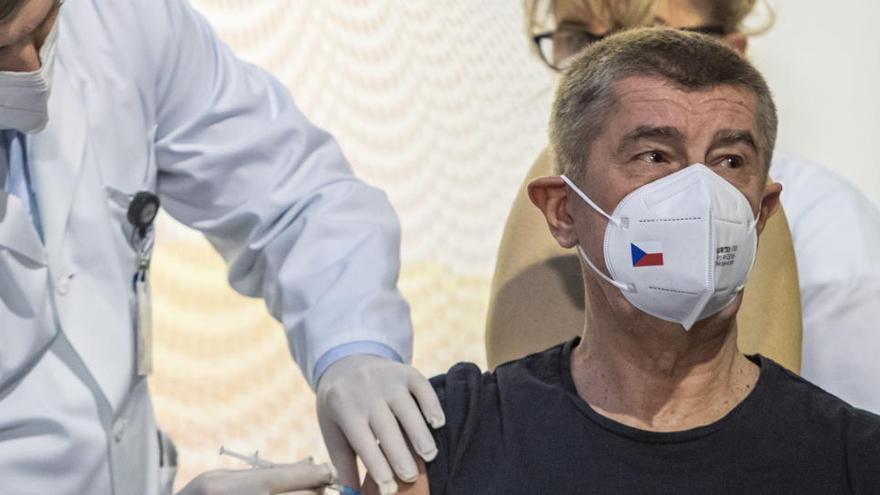 Less than a year after the declaration of the first case of coronavirus in Europe – in France, on January 24 – the European population has started receiving the first doses of the Pfizer / BioNTech vaccine this Sunday across the continent, starting with risk groups such as the elderly and health workers who have seen the disease face to face.

This Sunday is ‘Vaccine Day’ or ‘V-Day’; the Anglo-Saxon term that refers to the commemoration of a victory and the end of a war, although all experts agree that the population will take time to know normality, whose return is not expected at least until next summer, and always with the memory of the approximately 336,000 deaths from the disease in Europe.

With everything, the “moving moment of unity” anticipated this Saturday by the president of the European Commission, Ursula von der Leyen, began this Sunday with the administration of vaccines to the first of the 450 million Europeans of the 27 member states, arriving from the Belgian Pfizer factory, and sometimes with a police escort.

Countries like Germany, Hungary and Slovakia decided not to wait for this Sunday and they began to administer the injection late last afternoon, as happened in a residence in Halberstadt, in the German state of Saxony-Anhalt. There, at the Krueger Senior Center, 101-year-old Edith Kwoizalla became one of the first Europeans to receive the dose.

Ireland and the Netherlands, on the other hand, will not start their vaccinations until next Wednesday, in the first case, and on January 8, in the second.

Also Read  The woman from Elche who triumphs in hooligan comedy

He Prime Minister of the Czech Republic, Andrej Babis, this Sunday became one of the first European leaders to receive the vaccine, at the Central Military Hospital in Prague, and before television cameras. “I felt nothing and I am perfectly fine,” Babis later declared, accompanied by World War II veteran Emilie Repikova, who “itched a bit and that’s it.”

Vaccinations have also begun in Italy, where some 10,000 doses of the drug have arrived during its first landing, on a date “that will live with us forever,” Italian Prime Minister Giuseppe Conte announced on Twitter.

In Sweden’s 91-year-old Gun-Britt Johnsson was the first A resident of the country to receive the injection in a center in the town of Mjolby, 230 kilometers from Stockholm. “It is wonderful not to be sick,” she later declared about a vaccine that the country’s prime minister, Stefan Lofven, called “light in the darkness” and an “extraordinary moment for science and humanity.”

In France the first vaccinated has been Mauricette, 78 years old, admitted to the long-term care unit of the René-Muret hospital in Sevran. “Reason and science must guide us. We have a new weapon against the virus: the vaccine. Let us stay together again. (…). We are proud of our health system,” said French President Emmanuel Macron to via a Twitter thread.

Porto has been the scene of the first vaccine administered in Portugal, specifically the Hospital de Sao Joao, where a nurse has vaccinated the infectiologist António Sarmento under the watchful eye of the Minister of Health, Marta Temido, and dozens of photojournalists displaced for the event.

Also Read  CCCB: The Catholic Bishops of Canada call on the faithful to avoid two vaccines against covid-19 for moral reasons | Society

And in Spain, Araceli Rosario Hidalgo, an intern at the Los Olmos de Guadalajara nursing home since 2013 and born in 1924, has been the first person to receive the vaccine against COVID-19 at 9 a.m.

A few minutes later the vaccine has been administered to Mónica Tapias, born in 1972, a nursing assistant care technician (TCAE) who has been working at said center for ten years. Araceli has a daughter and a son, four grandchildren and a great-grandson and is a native of Guadix (Granada), but has been registered in Guadalajara for 25 years and Mónica is a native of Guadalajara.

In Denmark, a person over the age of 79 from a residence in Odense, Leif Hasselberg, has been the first recipient of the vaccine. “Hopefully it works,” said the health worker in charge of supplying the drug. “If it doesn’t work, I’ll come for you,” Hasselberg responded, according to the Danish public television DR.

“There is light at the end of the tunnel after the most difficult year since WWII“, stressed the Danish Prime Minister, Mette Frederiksen. The Danish leader, present at the vaccination, stressed that it is a” great turning point for the whole world. ”

In Poland the first vaccinated was a nurse, Alicja Jakubowska, Director of Nursing at the Hospital of the Ministry of the Interior, in Warsaw. “It has not hurt,” said Jakubowska in statements to the Polish news agency PAP.

“Like the first man to walk on the moon. Like Neil Armstrong”, said Svein Andersen, the first Norwegian vaccinated from his residence for the elderly in Oslo. “I feel strange. It almost seems that I have made history,” he declared after receiving the first puncture around noon this Sunday.

Also Read  The fear of the word Spain