In China, freedom of expression is something that is better not to talk about. So much so that the country’s executive has forced technology companies to hand over their algorithms to government controllers, and thus have greater control over them.

Algorithms decide what users see and the order in which they see it, and are critical to driving the growth of social media platforms. For them, companies protect them very closely.

In the United States, Meta and Alphabet have successfully argued that they are trade secrets, amid calls for further disclosure. In China, the Big Tech have not been so lucky.

The Cyberspace Administration of China (CAC), which is in charge of these matters in the Mandarin country, has published a list with the descriptions of 30 algorithms, all of them belonging to Chinese technology companies.

In a statement, it states that its list of algorithms will be updated routinely in an attempt to curb companies’ abuse of users’ private data. That is the excuse they have decided to make, of course.

The document said that Taobao’s algorithm “recommends products or services to users through their digital footprint and historical search data“.

Kendra Schaefer, director of technology policy research at Trivium China, said the data seemed sketchy: “It does not appear that the algorithms themselves have been presented“, he told the BBC.

Also Read  Apple jumps through hoops and will allow payment outside of its App Store in iOS 15.5

However, Zhai Wei, executive director of the Competition Law Research Center at East China University of Political Science and Law, believes the information provided was “much more detailed than what was posted for sure“. 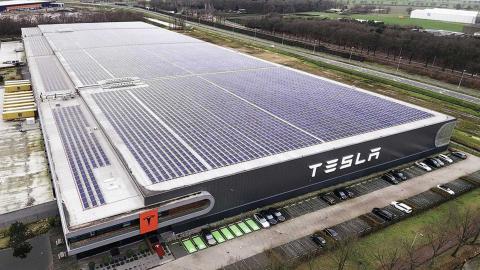 “That involves some trade secrets, which it is not possible to make public“, he explained to Bloomberg.

Si ByteDance declined to comment when contacted by the BBC on Tuesday. Alibaba and publicly traded tech companies Tencent, NetEase and Baidu did not immediately respond to a request for comment from the company. BBC, the medium that has investigated the subject the most.

This measure has to do, ultimately, with control. China has the world’s largest internet user base and is a massive market for e-commerce, gaming and smartphones.

For this reason, the technology companies that operate there have expanded exponentially in recent years. And it is that Beijing fiercely protects the technology behind these companies and does not allow its export outside its borders.

Facebook had a project that aimed to collect medical data from its users.

But he is concerned about how these platforms can influence public opinion inside China, preferring to have more oversight over his technology and data. So it wants to redirect people’s attention to the content that the State considers suitable for the public.

Beijing has urged service providers to ensure that algorithms “actively spread positive energy” and are not used to encourage indulgence, excessive spending, and exposure to celebrity culture.

International brands such as Google and Facebook have been pressured to present this type of information due to concerns about data use and content selection, but have so far resisted, claiming that the algorithms are trade secrets.