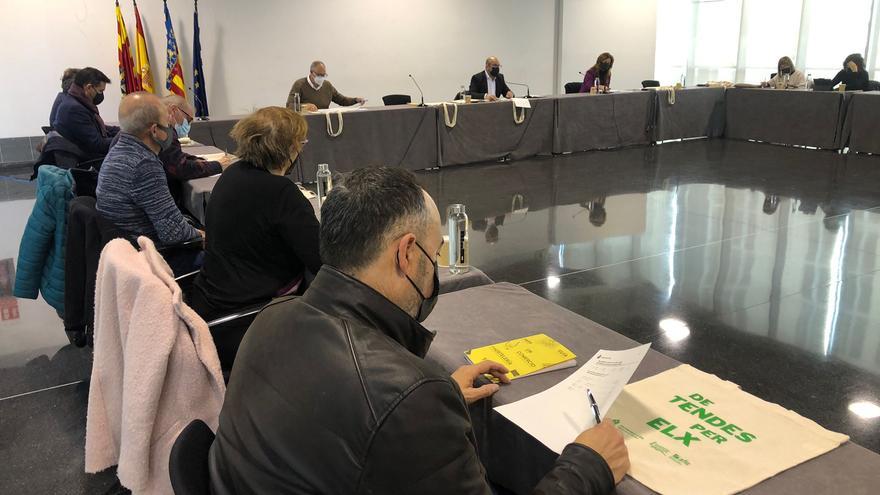 This has been explained by the mayor of Commerce of Elche, Felip Sànchez, who has indicated that this has been one of the issues addressed at the Consell de Desenvolupament Comercial held this afternoon at the Centro de Congresos.

“As usual at the beginning of the year we have seen the opening holidays”, explained Sànchez, who added that “there are several requests, both from the big surfaces, as on the part of the supermarkets to make some changes and from the Department of Commerce what we do not want is to increase the number of openable holidays.

Therefore, what is going to proceed is to transfer the opening of April 10, which is Palm Sunday, to the day of Saint Vincent (April 25) to avoid opening that day. On the weekend of San Vicente there are requests for opening by department stores and supermarkets. As there are concurrences of holidays, we move the opening of Palm Sunday to Saint Vincent’s Day, to avoid this concurrence of holidays and, in addition, to facilitate that Palm Sunday does not open “, has indicated the councilman, who has added: “Also we made another change which is that the day August 15th which is openable, it is a national holiday and we ask that it be disabled and move that opening that we have to maintain because there is a concurrence of holidays to Sunday, August 14. With this we make it easier for businesses to remain closed on that day, which is the big day of our festivities”.

Also Read  The US, UK and Australia ignored the EU when signing their nuclear deal

Sànchez has clarified that the change of April 10 is decided by the governing board “because they are changes with a local holiday” and the change of the disqualification of the 15th and the authorization of the 14th, “yes, the we ask the Generalitat, but we are convinced that this change will be granted to us”.

On the other hand, this afternoon’s meeting was also informed of the memory of the activities carried out throughout 2021. “As we already know, it has been a complicated year due to the circumstances of the covid and despite this, many commercial revitalization activities have been carried out, ”said the mayor.

In addition, this afternoon the presentation of the ‘Sustainable Trade and Hospitality Guide’ took place between the departments of Trade and Environment and the Illicit Hospitality Platform “to give guidelines to all these businesses so that they can carry out their activity in a way that is more respectful of the environment and thus contribute to society as a whole”, according to Felip Sànchez.