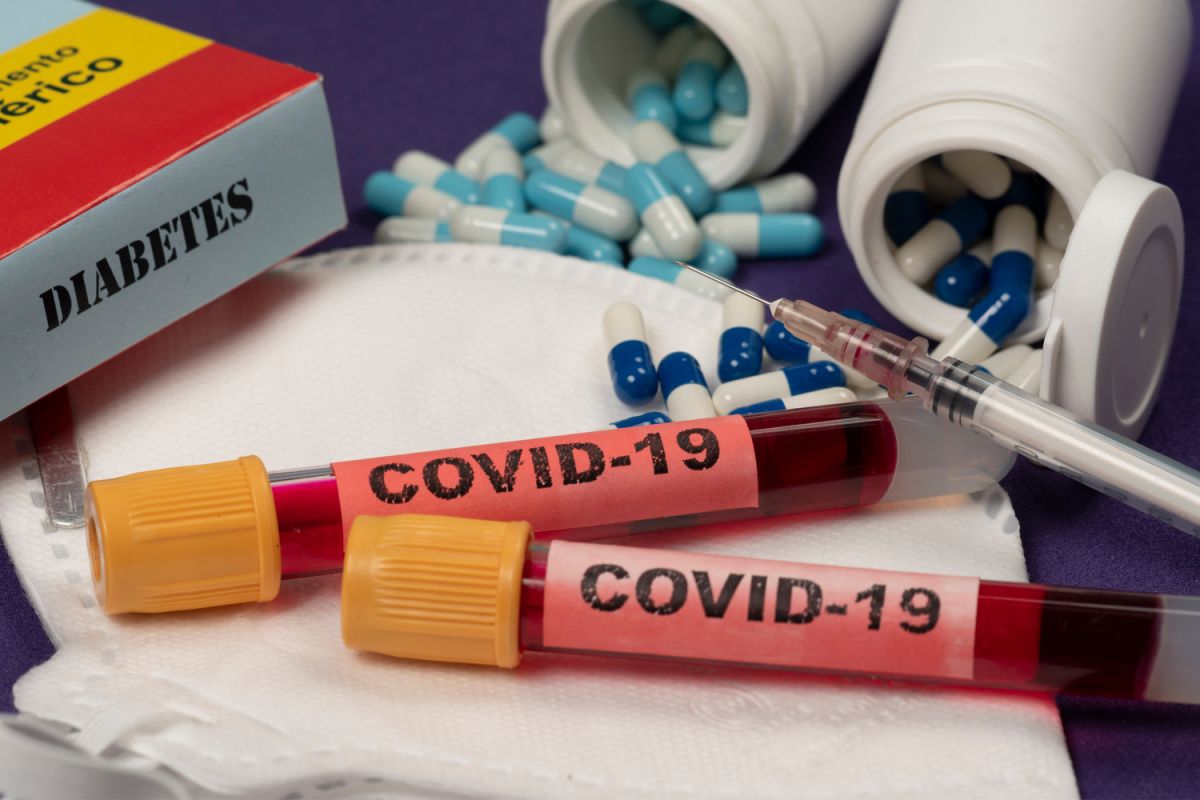 More than a year after the devastating Covid-19 pandemic, science continues to add serious health consequences to the list. Worrying news for those infected with the virus has recently come to light, a new study led by Stanord University found that having had Covid-19 can cause diabetes in addition to pneumonia and other health problems. While it is true that most people recover without long-term problems, doctors and scientists have found that some patients can develop diabetes. The main reason the research suggests is that the virus can infect and destroy certain cells that are crucial to keeping diabetes at bay.

The truth is that diabetes is one of the most worrisome chronic diseases today. Contribute to the 10-15% of deaths in the United States, there is interesting data in which it was confirmed that in 2017, almost 34.2 million people, or the equivalent of 10.5% of the population of the United States, suffered from diabetes. Also according to data from the Centers for Disease Control and Prevention (CDC), about 1.5 million Americans are diagnosed with diabetes each year. Also of the total diabetes cases, an estimated 1.6 million Americans have type 1 diabetes, considered an autoimmune disease that attacks pancreatic beta cells to reduce insulin production.

Renowned global health experts have spoken in this regard, as is the case with statements by Dr. Jennifer Ashton, ABC News chief medical correspondent and board-certified obstetrician. “There is a difference between type 1 and type 2 diabetes. In type 1 diabetes, the body does not produce enough insulin, in type 2, there is enough insulin but it does not work properly. ” Since insulin causes cells to absorb sugar in the blood, a decrease in insulin production or resistance to insulin causes high levels of sugar or glucose in the blood. This high glucose level, called hyperglycemia, is the hallmark of diabetes.

There are some previous references that have also attracted attention, as suggested by Dr. Francis Collins, director of the National Institutes of Health, who confirmed that Previous laboratory studies had suggested that the Covid-19 virus can infect human beta cells.They also showed that this dangerous virus can replicate in these insulin-producing beta cells to make more copies of itself and spread to other cells.

What did the study consist of? The research was conducted by the Stanford University School of Medicine and Weill Cornell Medicine, and was based on confirming confirmed association between COVID-19 and diabetes. By analyzing autopsy samples from people who died of COVID-19, both studies illustrated the capacity virus to infect pancreatic beta cells, decrease insulin secretion and produce type 1 diabetes quite dramatically. Simply put, the virus destroys the cells of the pancreas that produce insulin, making it normal for insulin levels to drop.

Further the noted experts found that these particular cells can be especially vulnerable to being attacked by the virusas they contain certain receptors that are known to bind to COVID-19. Once invaded, these cells transformed into different types of cells with lower insulin expression. One possible reason that SARS-CoV-2 could change the fate of a cell. Although it can be quite overwhelming to receive this news, since at this point in the pandemic most of us have had an acquaintance or family member who was infected There is an encouraging part! They were also able to verify that the use of specific medications could reverse this fate, although the researchers suggest that research is lacking. The downside is that unfortunately in some cases the virus can damage the pancreas and cause diabetes, in ways that are not so easily reversed with medications. The reason? Due to the destruction of pancreatic cells, patients may becoming dependent on diabetes medications, like insulin.

The reality is that as part of their conclusions, experts agree that more studies are needed to understand how SARS-CoV-2 reaches the pancreas and what role the immune system might play in longer-term damage. Finally, it is a call for awareness in those infected with the virus: the key to a Covid-19 diagnosis is to be very vigilant in case of developing any classic signs of diabetes. As with symptoms such as extreme thirst and increased urination, unintentional and significant weight loss, and fatigue, just to name a few.

Without a doubt, this is relevant information that works as a good reminder to not lower our guard, protect our health, that of our family and community. It is also a good opportunity to follow a healthy and comprehensive diet, make changes in our lifestyle and daily habits, and bet on improving our health.