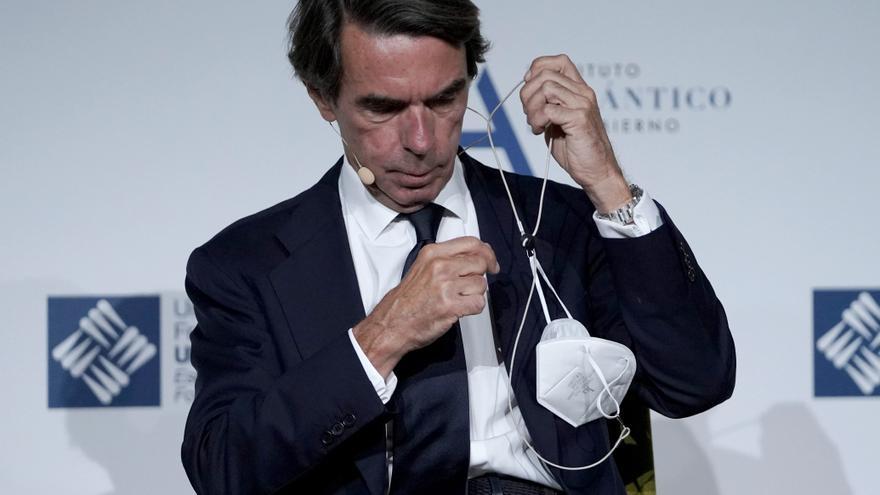 That summer balance is over with the arrival in Spain of the political rage that it brought Jose Maria Aznar when he joined national politics in 1990 from Castilla y León. Summers ceased to be a truce in the discussions of the Congress of Deputies. The government had to be attacked for everything and at all times. The virulence with which Aznar and his closest party colleagues attacked the socialist government was something new in Spanish democracy. It was not done in Congress but in related media. National politics twitched as it has never happened again. Any medium was valid, what I have seen now is not surprising since the person responsible for the intellectual scaffolding was Miguel Ángel Rodríguez. A harassment and demolition operation was launched against Felipe González by a group of journalists in collaboration with Francisco Álvarez Cascos to prevent the PSOE from winning the 1996 elections. Many years later, one of those journalists, Luis Maria Anson, acknowledged the facts. Democracy was tightened to the maximum to end González at any cost. That group of journalists, which also included Pedro J. Ramírez, was baptized as the crime syndicate.

Some time later we learned the reason for those rush to get to the Government of Spain. They wanted to make money at the expense of the public purse. Aznar’s main collaborators, those who most agitated the corruption of the last years of Felipe González’s government, ended up in jail or prosecuted in corruption cases: Cascos, the maker of the mafia journalistic plot, along with Rato , Zaplana, Jaume Matas, Federico Trillo or Miguel Arias Cañete. There is a joke that says that the wedding of the daughter of Jose Maria Aznar only the waiters were not charged. Miguel Ángel Rodríguez has been prosecuted for driving drunk and hitting half a dozen cars on a Madrid street, but not for corruption. It’s something.

This summer Madrid’s print and digital newspapers have run out of news that can feed their raison d’être: to try to overthrow a left-wing government as they did almost thirty years ago. The difference is that now the corruption is focused on the Popular Party, the economic recovery is a fact and unemployment falls month by month. The hatred of Pedro Sánchez is the same as that of Felipe González. Meanwhile the newspapers of the main cities of Spain, belonging to the group Prensa Ibérica, continue to report during the summer of the news that really interest citizens. Hence the importance of the regional press. In a country where there are several languages ​​and each region has a cultural richness that individualizes them from the others and at the same time unites them, the centralism that Madrid wants to impose has no signs of prospering. That is why the journalism of Madrid It is so different from what is done in the rest of the main Spanish cities. The first is anchored in tension and the obsession to create controversy where there is none. The second model of journalism tries to weave the future of our country together because practicing journalism must respond to the idea of ​​creating and not destroying and helping citizens form their opinion for themselves once they know the real data. misrepresented. An example of the first model is the summer snake created on the return of Moroccan minors who they were in Ceuta in an irregular situation. These minors are the responsibility of their parents and the Kingdom of Morocco. Not from Spain. The Government of Ceuta It has been carried out, with the support of the Ministry of the Interior, by virtue of an agreement between Spain and Morocco. Agreement that has been and will continue to apply.