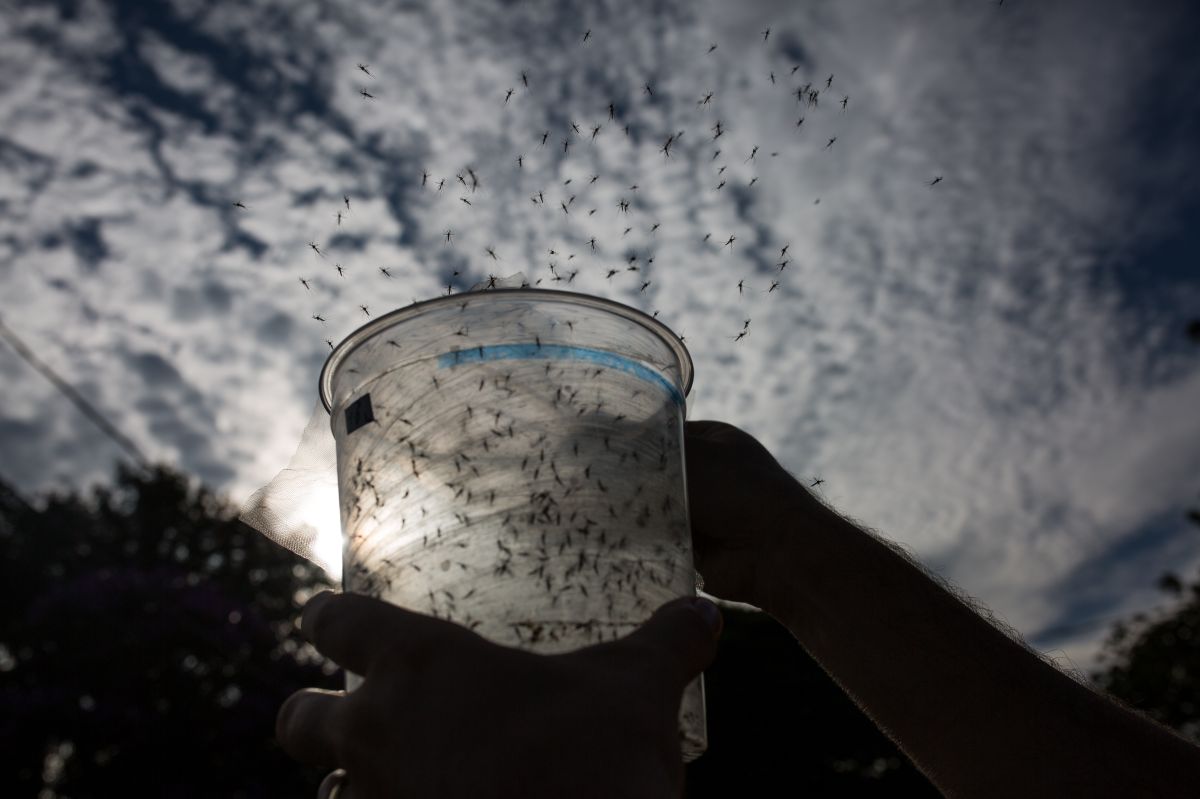 Mosquitoes genetically modified by Oxitec as they are released in the city of Piracicaba, in Brazil in 2016.

In at least six locations in the Florida Keys genetically modified mosquitoes have already begun to be released in an attempt to combat diseases transmitted by these insects such as dengue and Zika.

The Florida Keys Mosquito Control District (FKMCD) and the biotech company Oxitec announced Thursday that the boxes with the organisms are being placed in six different locations: two on Cudjoe Key; one on Ramrod Key, and three on Vaca Key.

As of the month that just started, about 12,000 of these mosquitoes are expected to come out each week for approximately 12 weeks. Untreated comparison sites will be monitored with mosquito traps on Key Colony Beach, Little Torch Key and Summerland Key, according to the Associated Press news agency report.

The AP report states that release boxes, non-release boxes and mesh quality control boxes are being placed as part of the initiative.

The boxes with millions of mosquito eggs “OX5034” have been located since this past Monday.

“We started looking at this a decade ago because we were in the middle of an outbreak of Dengue fever here in the Florida Keys,” recalled Andrea Leal, who is in charge of the Mosquito Control District in the area.

“So we are very excited to advance this with this association, working so hard with Oxitec as with community members, “added the spokeswoman.

In 2020, in the midst of COVID-19, residents of the Florida Keys suffered the consequences of a dengue outbreak as they had not seen in 10 years. The area recorded more than 50 cases, apart from cases of Nile fever in other areas of Florida, also transmitted by mosquitoes.

FKMCD felt that they needed new tools to fight infectious mosquitoes in a safe and controlled way with as little damage to the environment as possible.

With the so-called “Oxitec friendly mosquito”, the aim is to tackle the problem.

The British company is a specialist in the development of genetically modified mosquitoes and received authorization from the authorities in the Keys and the Environmental Protection Agency (EPA) to fight against mosquitoes.

Key authorities approved last year the pilot project related to the striped-legged mosquito Aedes aegypti, which is not native to Florida and represents 4% of the mosquito population in the region.

Non-biting male mosquitoes bred by Oxitec are expected to mate with female biting mosquitoes. The female offspring resulting from these matings will not be able to survive, which will result in a reduction in the Aedes aegypti population. Mosquitoes transmit dengue, Zika, yellow fever, and other diseases, as well as heartworm, as well as other deadly diseases in animals.

It should be noted that Oxitec has already tested this experiment on several occasions in Brazil. But this would be the first time that genetically modified mosquitoes have been released in the United States to fight diseases like those mentioned. Although at the beginning the project seemed to be successful, 18 months after it started, the city of Jacobina, in the South American country, again it was filled with insects, according to the Bio Bio Chile report.

A study published in Scientific Reports revealed that released mosquitoes acquired new genes from genetically modified insects, which means that they did not die as expected. The experiment in Jacobina was conducted between June 2013 and September 2015.

In Florida, about 750 million insects would be released between this year and the next, according to the CNN network.