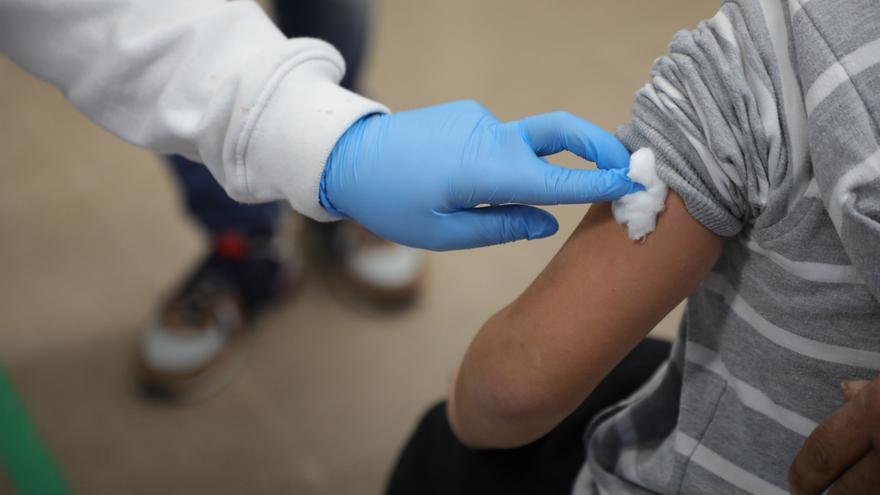 Rojales, with an outbreak of 12 cases in the educational field, has confined three classrooms of the Poet Miguel Hernández school.

Its mayor, Antonio Martínez, points out that in this center vaccination started today between 4th, 5th and 6th grade primary school students. Although no incidents have been registered, “the City Council has provided an ambulance in case something unforeseen occurs and it is necessary to transfer a child as soon as possible to the health center,” explains the councilor.

This municipality, with 605.84 cases per one hundred thousand inhabitants in the last 14 days, leads the accumulated incidence in the Torrevieja Health Department. Given the increase in positives, the Consistory’s Facebook page has republished the official data provided by Public Health every week.

In Torrevieja, where Public Health has confirmed 447 cases of covid in the city in the last two weeks, 90% of Infant and Primary schools have confined classrooms, while in San Fulgencio (408.87) has been confined to one class.

In the Orihuela Health Department, the cumulative incidence of covid is 310.50 per hundred thousand inhabitants in the last 14 days. There are a total of 532 positives between November 29 and December 12.

Daya New It is the municipality that accumulates the highest incidence, with 748.42, which places the municipality at extreme risk of spread (above 500). City Council sources indicate that there are numerous cases in schools that in turn infect parents.

Follow him Dolores, with 669.34. In third place, Almoradí (543,19) has several confined classrooms. The Councilor for Education, Susana Miralles, talks about the widespread discontent that exists among the educational community, which has defended that vaccination should be carried out in health centers.

Below this strip, among others, Orihuela, without the coast, registers a cumulative incidence of 296.10. Antonio Sánchez, Councilor for Education, highlights the difficulty of accessing specific data, beyond the number of cases and incidence. He is aware that there are confined classrooms in the Santo Domingo and Jesús María San Agustín schools, as well as in the Virgen de Monserrate nursery school. Given the complicated situation, he has decided to cancel all visits to the educational centers that he had on the agenda.

In Callosa de Segura (173,34) there is one confined classroom, while in the last quarter a total of five have been confined, according to data from Mayor Manuel Martínez Sirvent.

Below 100, Albatera (73,30) has also confined a classroom in the Virgen del Rosario school. Vieja Power Y Rocamora Farm they have no confirmed cases.