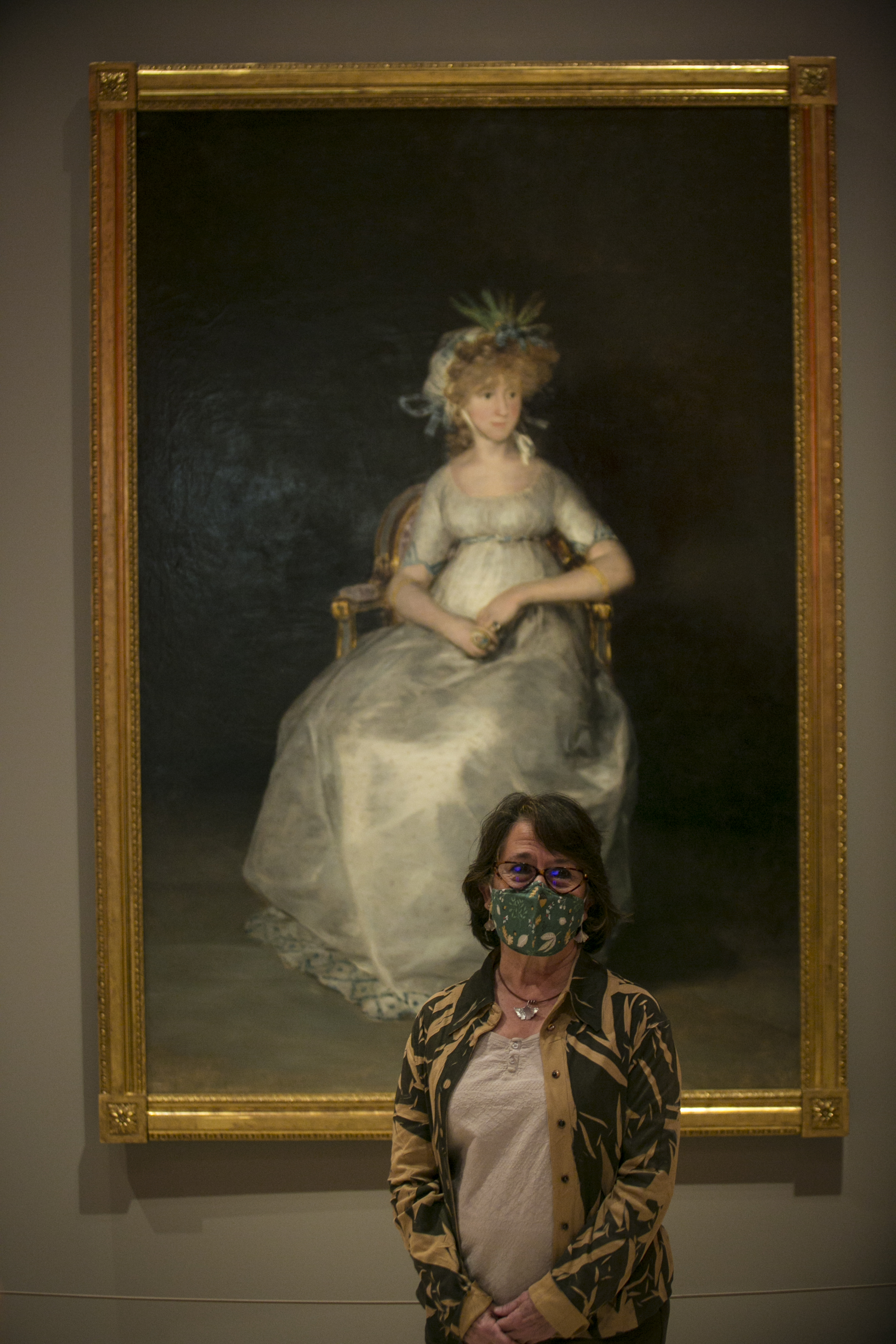 Artists’ works change over the years, or rather, they are read differently as time passes. This is the reflection presented by the exhibition Goya, three glances. The woman, the war and the face, where his graphic work is exposed from a current perspective. The dozens of original prints will be exhibited free of charge to the public until January 3, 2021 in the wing of the Royal Academy of Fine Arts of San Fernando dedicated to the National Calcography.

The exhibition was planned in just a few months to solve the rescheduling in its calendar caused by covid-19, but it is far from being an improvisation, clarifies the director of the National Calcography and curator of the exhibition, Juan Bordes. Faced with the uncertainty produced by the pandemic, Bordes focused on working with its own extensive collection to reduce costs. “What started out as a readjustment quickly took hold and became a meticulous and ambitious project,” says the Canarian academic and sculptor. Experience has been his ally, because although he does not consider himself an expert on Goya, he has curated several international exhibitions of the artist produced by the institution for more than a decade. “I always try to present a fresh and unexpected vision of an artist about whom it seems that everything is already known”, and this is precisely what he intends to do with this triple selection that, as a whole, is in constant dialogue.

The tour in the room begins with the newest proposal of the three: a contemporary look at the female subject in Goya’s graphic work. “This has already been done with his paintings, but it is in his engravings where his vision remains demonstrably current,” says Bordes. With a selection of engravings from Whims – which has unprecedented parity even by today’s standards, with 40 of the 80 pieces including a female lead character – the artist’s perspective and empathy is shown, particularly through the expressive faces he displays in these works. “In these prints, Goya presents women as vulnerable, but also clearly criticizes their position within the society of the time, exploring areas such as prostitution, courtship, marriage, education or fashion”, explains the curator while point as an example the piece You will not escape.

On the other hand, in selected prints from the series The disasters of war, the painter presents the woman as a representative of a brutally victimized civil society, but also rescues her as an active fighter in armed combat. Contemplating the picture And they are wild, in which four women -and the protagonist with a baby in her arms- battle against several French soldiers, Bordes comments on the importance of Goya’s proposal from a point of view influenced by current feminism: “Until then, practically only women it had been used as a symbolic representation of heroism. Here she is the heroine ”.

The disasters They are also the protagonists of the next section of the exhibition, where Goya is presented as “the first war photographer”. A glance at the prints that are presented is enough to understand what Bordes intends to communicate: Goya is also the first to represent the horrors of war from an “objective” perspective, far from the heroism or patriotism with which these subjects were usually treated.

The proposal dates back to an exhibition that went around the world by the Cervantes Institute more than a decade ago, where the engravings of the Aragonese were lined up along with photographs of the Civil War. Now the layout follows the same order, with enlarged prints of details from the photos displayed next to the prints. The similarity of the compositions is overwhelming. “The effect of these images is shocking, and it is no accident. The goal is to present a critique. In that sense, Goya is a patriot, but a real one, who wants a better country, and not one that exalts the existing one with all its deficiencies, “says Bordes.

If in The disasters of war and in The caprichos the artist openly criticizes society, in The nonsense, series on which the last section of the exhibition is based, Goya is much more cryptic. “The function of these prints is to be a sample of freedom in the midst of the repression of Fernando VII and through his comments designed to circumvent censorship, give educational lessons as well,” explains Bordes. Here the protagonists are no longer recognizable characters, and instead, he uses faces, deformations, parallels with animals and the face of madness, as mechanisms to communicate. In addition, focusing on Goya’s faces also explores his technical genius and deep knowledge of physiognomy.

Presenting the natural talent of the artist is always the objective of making an exhibition of a master, but this time, the National Calcography uses its incalculable treasure of works by Goya to remind the city that it is there, in the middle of a pandemic That has greatly affected the audience you can attract. A few steps from Sol, in the heart of Madrid, anyone can appreciate Goya’s genius and see that although two centuries have passed since he produced these prints, his message is timeless.