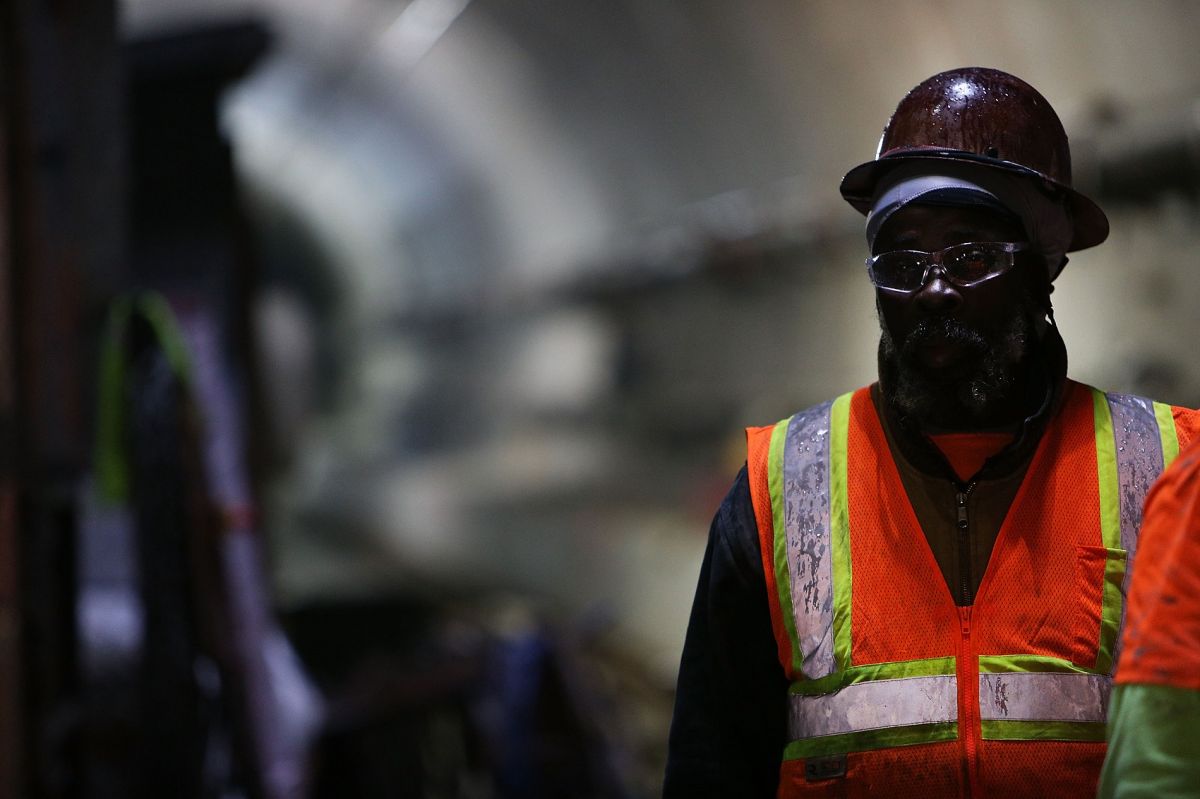 After months of negotiations and overcoming differences with Republicans and among Democrats themselves, President Joe Biden will sign the Infrastructure Investment and Jobs Act on Monday, renamed by the federal government as the $ 1.2 billion Bipartisan Infrastructure Deal.

The House of Representatives approved on November 5 the project that will allow an initial investment of $ 500,000 million dollars and will continue with a multi-year application for projects in highways, ports, airports, water service infrastructure, internet, among others.

The president has highlighted the bipartisan agreement, although 13 Republicans in the House supported the law, while 19 senators agreed, including the minority leader, Mitch McConnell (Kentucky). Six Democratic representatives, including Alexandria Ocasio-Cortez (New York), rejected the plan.

“We can really still come together. It is difficult, but we can still come together to achieve something great for the American people, “said President Biden over the weekend. “The bill represents necessary investments that had to be made a long time“.

The president claimed to have the experience to follow up on the application of funds, recalling that when he was vice president, he applied the recovery law and was called “Sheriff Joe” by the president. Barack Obama.

“One of our biggest responsibilities is making sure all money is used efficiently and effectively … I have a lot of experience doing that,” he said. “The president started calling me Sheriff Joe.”

To the event at the House Blanca Governors and mayors from both parties are expected, as well as union and business leaders and members of Congress, including some Republicans, although leader McConnell said he will not attend.

“No, I have other things I have to do,” McConnell said in an interview with WHAS, a Kentucky radio station, when asked if he would attend the event.

The plan will help create thousands of high-paying jobs and some with the intention of being unionized, which will benefit Latino communities.

“This plan can offer millions of jobs, it is predicted that it can create more than 117 types of jobs, in an industry that translates to millions in our communities,” said Eric Romero, Local Secretary of IUE-CWA 801301 last August. “Most of these jobs are local … and there are different types, in education at different levels, Latinos have to position ourselves to be a key piece in this plan ”.

The United States faces a crisis over supply chains that have had an impact on the increase in prices and products and on inflation. The Biden Administration noted that $ 50 billion will be invested in ports and airports.

“Our ports and waterways need repair and reinvention to address the zero investment … that has weakened the resilience of our supply chains,” the federal government acknowledged in a benefits summary on the law.

He added that although the United States is a promoter of modern aviation, airports are far behind other countries.

“According to some classifications, no U.S. airport is in the top 25 worldwide and no US port ranks in the top 50 for efficiency, “he lamented.

The bill secures $ 17,000 million in ports and $ 25,000 million in airports with projects that also contemplate how to ensure the reduction of carbon emissions.

“Investments in port infrastructure and waterways will double as an investment in environmental justice … by implementing zero-emission technologies and reducing idling (the revolutions per minute of engines) and emissions,” he says.

This will have an improvement in the neighborhoods and communities around these often historically disadvantaged facilities, such as Latino and African American communities.

The lack of investments to repair and rebuild roads and bridges affect the transport of goods by truck, which has a direct impact on the economy of families.

“Almost 70% of the volume of freight movement in the United States is transported by trucks, while 1 in 5 miles of highways and major highways, and 45,000 bridges, are in poor condition“Acknowledges the White House. “The legislation will reauthorize surface transportation programs for five years and invest $ 110 billion in additional funds to repair our roads and bridges.”

With a long railway tradition, the transport of goods by trains is essential for the US, acknowledges the Government, as it also enables the delivery of goods over long distances with little environmental impact.

“The legislation will invest $ 5 billion in the infrastructure grant program for reconstruction … which supports highway and rail projects, ”it was stated.

$ 5 billion will also be provided to the Consolidated Railroad Infrastructure and Safety Improvement grant program, which funds projects that improve the safety and efficiency of trains.

There are other investments to improve internet access, remove the lead pipes that still carry water to some 400,000 schools and child care centers, that represent between 6 and 10 million homes, it was indicated.

“This bill provides funds to eliminate lead pipes in communities, helping to improve the health of children and Latino families”, Highlights the report.

The bill contemplates $ 5 billion to address lead contamination, which also has an impact on job creation.