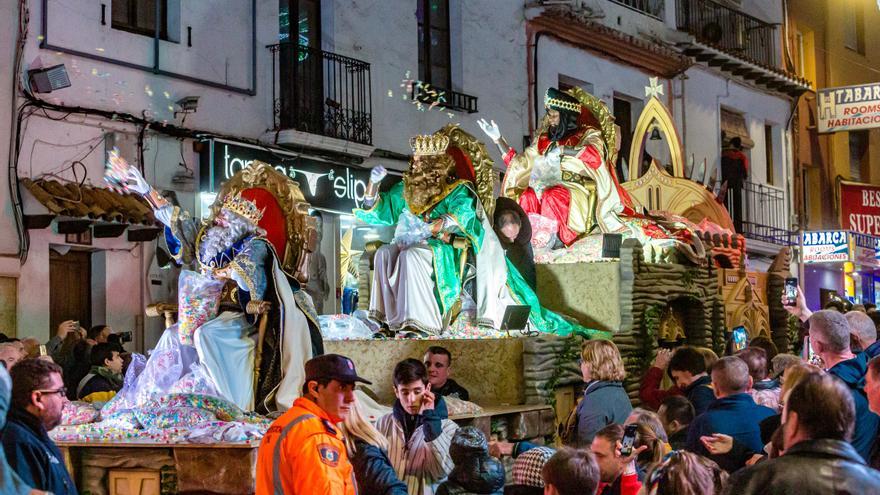 A responsible Christmas without giving up anything. Benidorm prepares for “turn on” Christmas next December 4 and it will do so with events and activities similar to those of 2019. Although there will be a difference: adapt activities and venues to the covid measures that are in force at all times. Thus, three figures of the Three Wise Men 10 meters high they will be the big attraction this year. They will be located in the Plaza de SSMM Los Reyes de España, next to the activities of the Plaza de la Navidad.

The mayor Toni Pérez and the Councilor for Festivities have been in charge of reeling off what the Christmas holidays will be like this year in the city. Thus, “it is one of the most important dates of the year” for everyone, according to the mayor, who indicated that, in addition, “they are a great attraction for all visitors” to the municipality. However, in terms of restrictions or sanitary measures, the mayor explained that acts and events are “will be modulating at all times according to sanitary measures dictated by the Generalitat Valenciana ”, observing“ the health security protocols in all activities and venues ”.

It will be on December 4 when the programming of BeniNadal 2021/2022 that runs until January 6 and it is “designed for all audiences” but especially for the little ones. To get started, the Plaza de la Navidad, which this year brings back mechanical attractions for children, and in which there will also be inflatables, an ice rink and a Christmas market. Also the Plaza de la Navidad will be where these three figures of the Magi will be located, “possibly the largest figures in the world”, with an approximate height of 10 meters. Some images that are intended to be the focus of attention and one of the claims With these figures, Benidorm joins other cities that opt ​​for striking elements with Christmas motifs, such as the “giant” nativity scene in the city of Alicante.

Also Read  The incidence of the coronavirus in the province of Alicante reaches the maximum of the pandemic with 1,762.65 cases per 100,000 inhabitants

But BeniNadal will take place in more venues and locations. La Casa de la Navidad will be located in l’Hort de Colón, which in the days leading up to Christmas Eve will receive a visit from Santa Claus ”. Also from day 4, the Elche Park will host the ‘porrat’ Christmas. The Julio Iglesias Auditorium of the Parque de l’Aigüera, for its part, it will be the setting for most of the 14 musical and dance shows for all audiences included in the program, “all of them free” and “with the current capacity limitation at all times”.

And there will also be a Christmas tradition with four nativity scenes that can be visited from December 8 to January 6. The first will be a monumental nativity scene in Plaza SSMM Reyes de España; a traditional one carried out by the Nativity Scene Association of the Marina Baixa in the ‘hall’ of the Town Hall; the one that is set up annually by ARC La Barqueta at its headquarters on Tomás Ortuño Street; and a room in the Casa de Andalucía –calle Mercurio, 4-.

As of December 21, you will be able to visit again the Camp of SSMM Los Reyes Magos de Oriente, which will be installed until January 6. And, to finish, the Cavalcade of the Magi on the afternoon of January 5. This act will also change this year and, after last year’s experience, will end until the Julio Iglesias auditorium. Thus, the Councilor for Festivities indicated that it is still being studied whether the Parade will change its route; that is to say, if it will keep the usual one or, on the contrary, it will move to the Avenida del Mediterráneo as it was done with some acts of the past Major Patron Saint Festivities of Benidorm.

The mayor indicated that the Independent Association of Merchants (AICO) will participate in the House of Christmas and the Christmas ‘porrat’; as well as the Nativity Scene Association of the Marina Baixa, the ARC La Barqueta and the Andalusian House, which collaborate with the installation of the nativity scenes.