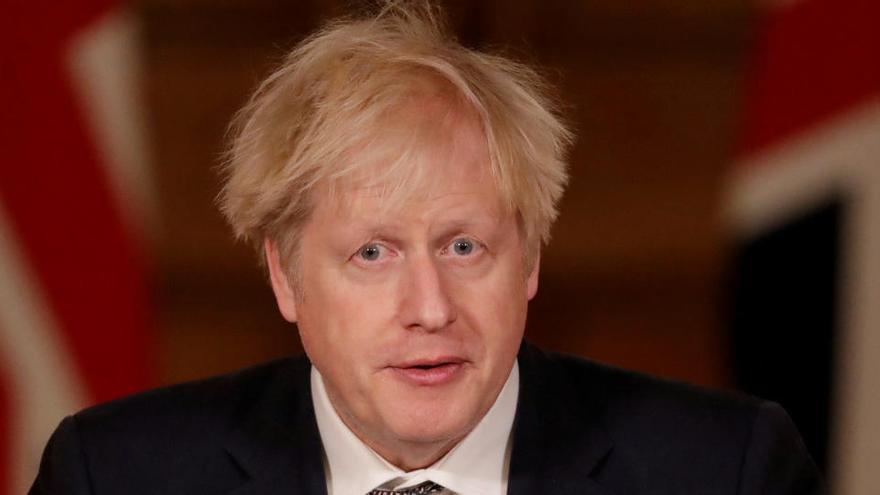 London, the southeast and east of England They will pass this Sunday to level 4, serious, of risk of covid-19, with the closure of non-essential stores, due to the rise in cases of the virus, British Prime Minister Boris Johnson announced this Saturday.

The prime minister, who held an emergency meeting of the Government this Saturday, announced at a press conference that restrictions will also be strengthened during the Christmas period in these areas after detect a new variant of covid-19.

The authorities indicated that they have already alerted the World Health Organization (WHO) to the discovery of this new strain, which spreads faster, although there is no evidence that it is more lethal or that it may have an impact on effectiveness. of the vaccines developed against covid-19, although this point is being urgently evaluated for confirmation.

Stores that sell non-essential items, gyms, cinemas and hair salons will be forced to close for a period of two weeks, while the meeting of one person with another who does not live under the same roof will be allowed only outdoors. , indicated the head of the Government.

Also, at Christmas, those who live in this level 4 – serious – will not be able to meet others outside their family “bubble”.

The Prime Minister asked people who are at the different levels of restrictions in which England is divided, depending on the number of cases, to stay in their places of residence while the population must “carefully consider whether there is a need to travel abroad.”

“We cannot continue with Christmas as we had planned”Johnson declared at a press conference, where he announced these measures “with great sadness.”

In addition, those who live in areas with level 4, similar to a confinement, will not be allowed to travel abroad, although with “limited exceptions”, how can it be for work.

The “premier” has asked residents on level 4 to work from home, While it has modified the plans for the Christmas period by establishing that those in levels 1, 2 and 3 of restrictions – low, moderate and substantial – can only meet three groups of different ceilings only on the 25th.

Until today, you are Meetings were authorized between December 22 and 28, to give flexibility to families.

“We have alerted the WHO and we continue analyzing the available data to improve our understanding “of the virus, he added.

In this situation, “It is now more vital than ever that the population take action in their area to reduce transmission”, the medical director pointed out.