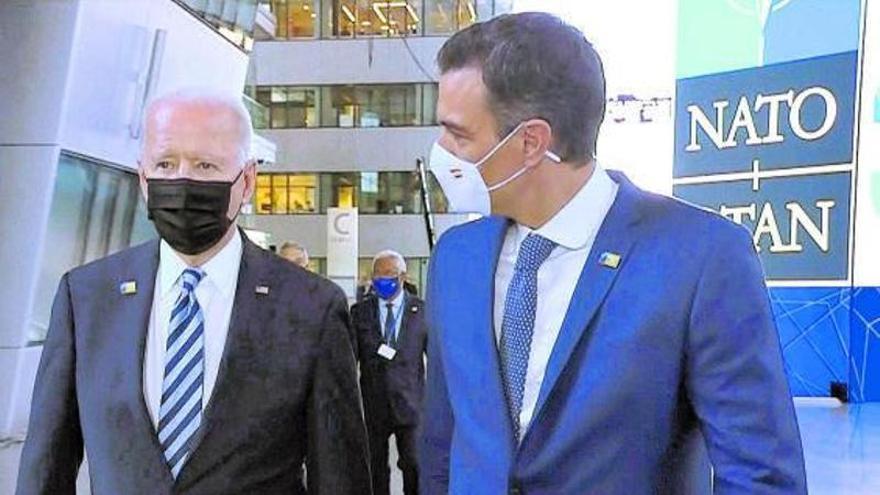 It has happened with everyone, with the Persian, with the Roman, with the Mongol, with the Spanish, the Ottoman and more recently with the British: sooner or later the relief comes to every great empire.

That threat now looms over the American, who replaced the British at the end of World War II and now feels threatened by that strange communist-capitalist hybrid that is China.

From 1945, The United States began to extend its global dominance in its own image and likenessAny country that did not abide by the rules that Washington had set suffered the punishment of the International Monetary Fund or other institutions and, in the worst case, was exposed to a military intervention.

Its rival at the time was the Soviet Union, and the US launched an arms race in an ultimately successful attempt to end what Washington considered “the empire of evil.”

The Soviet Union fell, with it the Comecon and the Warsaw Pact were dissolved, and the United States remained as the only superpower to the point that some political scientist prematurely announced “the end of history”, which was logically the global triumph of capitalism USA model.

In the meantime, Washington continued to invest more and more in weaponry, signing defense pacts and increasing the number of its military bases around the world because it was the way to make itself respected and defend its economic interests.

To do this, the superpower had to spend more and more on weapons to the point that by the end of the George W. Bush administration, Washington had squandered close to three trillion dollars in the wars in Iraq and Afghanistan.

To finance such massive defense spending, Washington did not raise taxes on the rich, but instead opted for massive borrowing with the advantage that it could print its own currency.

But as Nobel laureate in economics Joseph Stiglitz and public policy professor Linda Bilmes analyzed, the enormous financial effort that these wars entailed, together with the maintenance of nearly 800 military bases in more than seventy countries or territories. they reduced their capacity to respond to much more pressing needs.

Among those harmed by extravagant military expenditures are the infrastructures of the richest country on earth, increasingly neglected, schools, many of them poorly equipped, a health system that, far from being universal, is much more expensive than Europeans, and the defense of the environment.

As calculated, the government of Democrat Barack Obama invested annually in defense between 2009 and 2014 about 687,000 million dollars compared to 601,000 million in the years that the second Bush was in the White House.

The North American economic elites, eager to dramatically increase their profits, decided in the meantime that the best thing to do was to move their production centers to China, taking advantage of the cheapness of their labor force.

While in the US speculators were dedicated to making money on the stock market, China carried out a spectacular economic expansion thanks to the export of the products it manufactured for its own account or for others.

By 2019, China had already become the second largest global economy and that year accounted for 28 percent of the growth of the entire planet: its growth rate was double that of the United States.

One of the causes of China’s economic takeoff is its limited defense spending over decades of industrialization forced. Even today, the Pentagon triples China’s military budget, which, however, has seen a sharp increase.

Beijing launched its Belt and Road Initiative in 2014, an infrastructure construction project to economically link Asia with Africa and Latin America, to which Republican Donald Trump decided to respond with trade sanctions.

His Democratic successor, Joe Biden, does not seem willing to moderate his country’s astronomical annual military spending, but has even increased it to 753,000 million compared to 740,000 million for Trump.

And now he is trying to convince the allies to join his efforts to prevent the Asian giant, which disputes the US for hegemony, from finally taking over one day.

For this it also uses the OTAN, whose obedient general secretary, the Norwegian Social Democrat Jens Stoltenberg, calls the Chinese takeoff “the greatest security challenge of our time” (1).

China, says Stoltenberg, “does not share our values. It has a control of its population like never seen before ”. And, as if that were not enough, “each time we are getting closer and trying to control crucial infrastructures in Europe such as ports, airplanes or energy networks”. It is the updated version of the “yellow danger”.