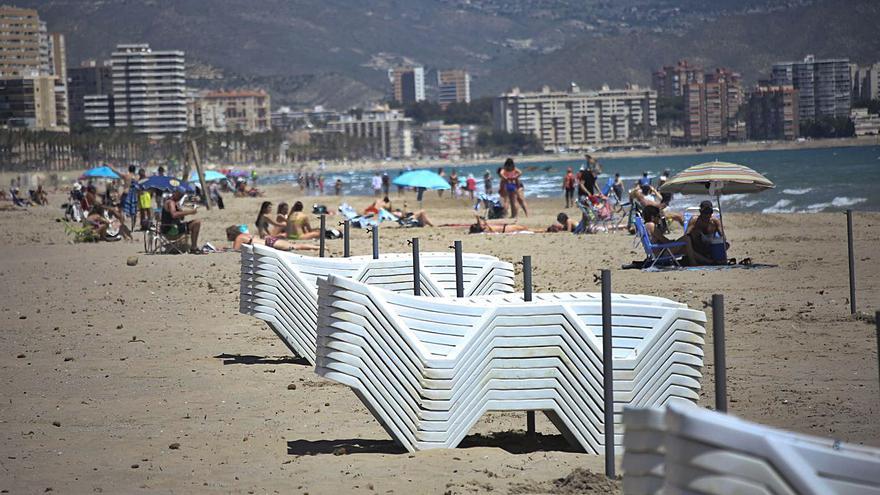 The Alicante beaches Prepare for receive thousands of tourists this weekend after the end of the alarm state and will do so with special measures so that its capacity does not overflow by land, controlled by local police foot patrols and agents on quads that will travel the sand; by air, with drones; and also from the sea, for which a surveillance boat.

The priority for the government team is security, as stressed by the City Council, and fundamentally on the beaches, for which a extensive police device. The Local Safety Board, meeting today, will close the device both for the sandy areas and for the surveillance of leisure in areas such as Castaños, where it is planned to establish a control de access with fences and police as on New Year’s Eve, and to prevent holding large bottles on the beaches and coves, and in the surroundings of the castles, areas of concentration of groups of young people to drink alcohol.

Returning to the beaches, the Tourism Department will also make preparations that affect different infrastructures, such as the hammocks, that have already begun to be installed, and beach bars, for the second consecutive summer with a reduction in the number of these facilities. Municipal sources explained that the containment and prevention measures are contemplated according to the contingency plan established by Turisme de la Generalitat based on the requirements imposed by the Spanish Institute of Tourism Quality.

In this sense, they will be marked itineraries of entry and exit to the beaches on the walkways, it is The use of flip flops and social distance are mandatory. The main novelty affects the poles, the wooden posts that were nailed last summer in the sand marking the spaces where the bathers to settle in lines, which this year will only be in the front line.

To the beach with controls by land, sea and air

The wooden poles delimit the wet zone and they enable a space between six and ten meters wide established on the shore that must be respected for the exclusive use of walking and access to the bathroom. These posts will be installed on all the beaches except in Tabarca, where its reduced dimensions will force the sand to be parceled out again, as in the summer of 2020.

The services that depend on the City Council, such as public restrooms, walkways in the sand and footbaths, they were already launched for the Easter season. The Police, already then, monitored the capacity on all the beaches, prepared to limit their access. The City Council recommends do not access the sandy areas if their occupation is high and it is impossible to maintain a safe distance. The mask is mandatory during the walk or on the move, although not in the water, or sunbathing if there is a safety distance.

The Minister of the Interior, Gabriela Bravo, on Wednesday urged the municipal leaders of the coastal municipalities to urgently convene the local security boards to coordinate the mechanisms of the National, Autonomous, Local and Civil Guard Police, and prevent incidents over the weekend, in which more than 200,000 tourists are expected to arrive in the province.