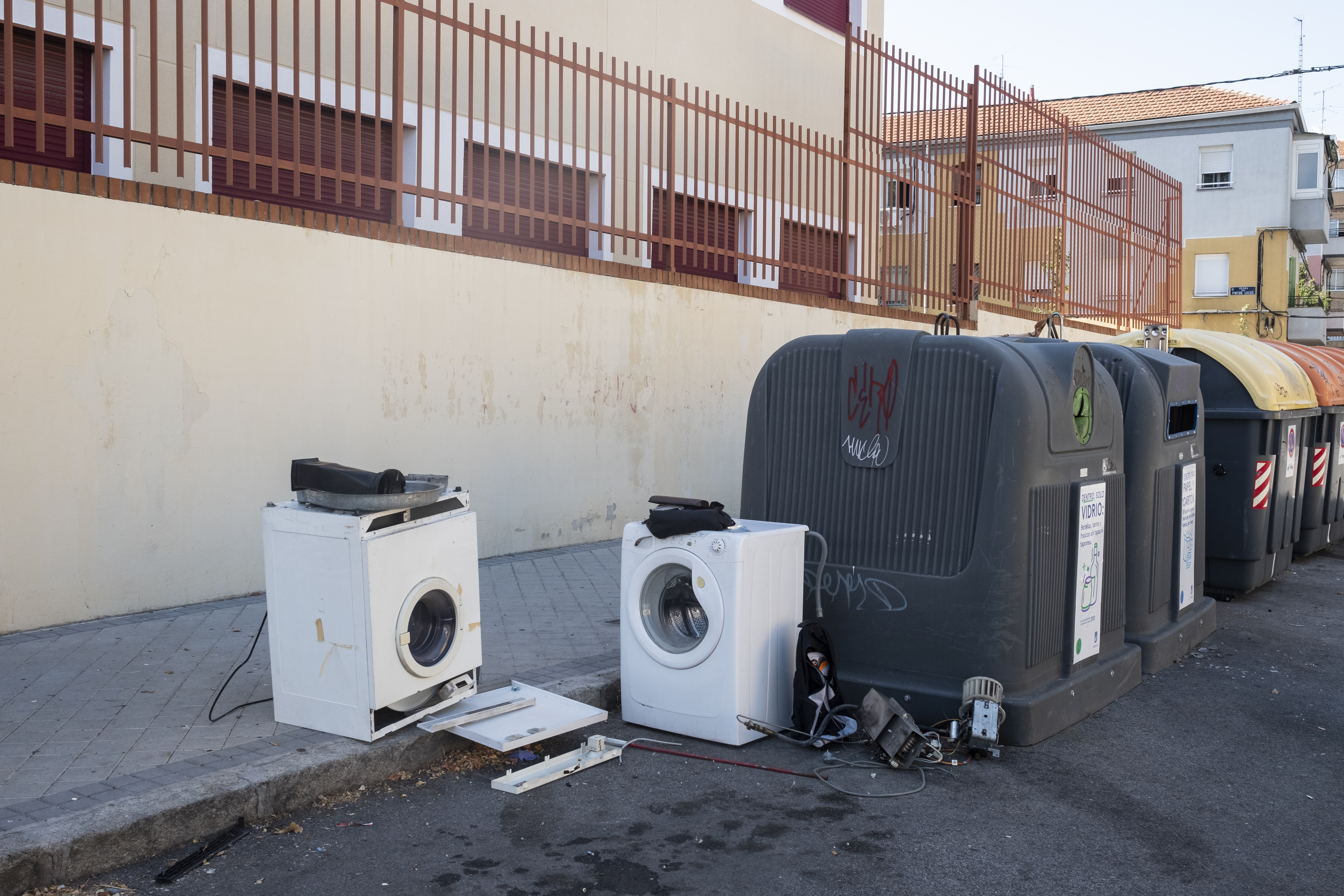 On the sidewalks of the city where I live, many men and women have also lived with their children for a long time, all of them surrounded by the frayed heap of their belongings, pilchas and garbage not yet examined to find out if it retains any use or exchange value, since, in the rubbish category, those who collect it differentiate things with the same concepts that Marx used in the first section of Capital. Garbage that is distinguished by its use value has exchange value. It can be used as currency to acquire other garbage that is more necessary for those who carry out the operation. If it has no use value, it also has no exchange value.

There are collectors who buy garbage because they trust their own eye more than that of those who collect it from the rubbish. They know that something interesting is always to be found: the covers of a bound book, the cranks of a fine style piece of furniture, two collectible cutlery with silver handles that garbage collectors may have overlooked, although their eye, needless to say, is better than collectors. I will give other examples: a lace hem that has been torn from a party skirt and has the merit of having remained without tears or stains; the buckle worked by a silversmith craftsman that has been detached in time from a belt and has remained intact; or better yet, the coral head of a beautiful woman, framed in gold, a cameo from the beginning of the 20th century, which was covered by a crust of dirt and filth. In the trash there was the little spoon to serve cakes on the tea table or the round and baroque ice cream mold. Hopefully in the trash you can find a comb that was used over a hundred years ago. Working in the garbage is a task for expert glances and antiquarian sensibilities.

Trash is a variable category of objects. What belongs to the garbage for some may be the pleasure of another, the happiness of a teenager who never had anything luxurious in her hair and thus, gathered to the side and caught by the tortoiseshell buckle, makes her look like an image of romantic novel or end of century lithograph.

For the little ones, the garbage is full of toys. They are rappers inspired not by sounds, but by material remains. They capture fragments and rearm them, take what has been forgotten or the new that has been destroyed by its own owners, and produce new songs. Very poor kids are trash baqueanos. They know, before they start arguing with the potential customer, how much to ask for and how far it is convenient for them to lower the price. They can say in a sincere and convincing tone: “Look, sir, if this cap has been kept as good as new.”

The porcelain head of a doll also looks like new, whose straw and cloth body was eaten away by water or mistreatment that, however, left the perfect head intact, with one of its two little blue and luminous eyes. The dress that covered her has come undone, as has her blonde wig, but the porcelain of her face was kept smooth and fine by some miracle of natural selection among rubbish. And there are still two items of a toy kitchen gleaming, of which all the other pieces have been lost or are hidden in other mountains of garbage on that block. All remains of the gift found at the foot of the pine tree on Christmas morning. In the trash there is also the good prize of a leather soccer ball, on which you will work for several days to fix it, restore its shape, give it the opportunity for a second or third life.

For the older ones, garbage is a trunk of memories. They walk around these remains and recognize fragments of past objects, the brooch of a party dress or the fur cuff that has lost almost all the hair and looks more like dry leather than an ornament. Sometimes you will find exactly what you need: an elegant, impoverished and very old man, who walks with difficulty through the cracks in the pavement and who has lost his last cane, because in addition to being old he is distracted and forgetful (like all old men, it will be said), finds in the garbage a cane that only needs to straighten and angle the handle. He takes it quickly, fearing that someone will dispute it, and begins to walk with the ease of someone who has been a gentleman all his life.

The well-thought-out call recyclers to those who have garbage as a place and object of work. I am inclined to call them artists of need, artists of cold and hunger, although there is no reason to turn them into artists because what they do with garbage has utility and not enjoyment or beauty as a principle.

On the other side are those who throw things away as soon as they discover a blemish, a crack or a stain. Strongly admonished today by environmentalists who accuse them of conspiring against life on the planet, garbage men are frowned upon, except for those who collect what they throw away and turn the remains of abundance to the aid of their poverty.