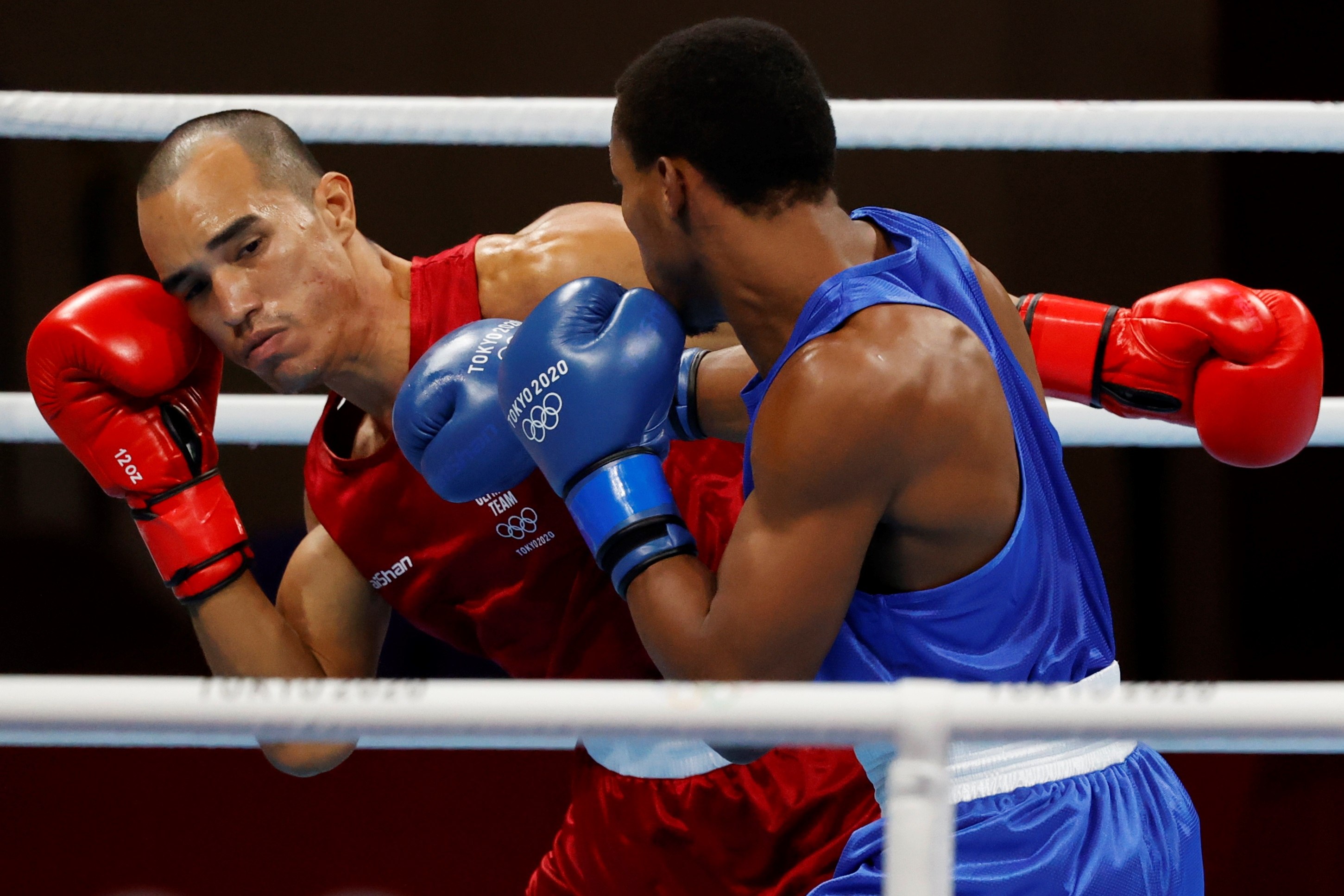 Venezuelan Eldric Sella’s dream was to box in the Olympics. This week it did. On Monday he was 67 seconds in the ring and was knocked out by the Dominican Euri Cedeño. The fight of the 24-year-old from Caracas, however, had started much earlier and still continues. Sella participated as part of the Olympic refugee team that, for the first time, in its second participation, welcomes a Latin American. A delegation created by the United Nations High Commissioner for Refugees (UNHCR) to make visible the problems of millions of people displaced from their countries of origin by conflicts, humanitarian crises and disasters. Sella brought to Tokyo the flag of 5.6 million Venezuelans who have left the oil country fleeing poverty and the political crisis.

“I came as a refugee but, for me, I continue to represent Venezuela, those who left and those who are there and continue to fight for a better country,” he managed to say in the mixed zone, putting his fist to his mouth and containing the tears after the fleeting combat. Earlier he had apologized for not achieving the triumph. After the defeat, he has been in limbo. Trinidad and Tobago, the country that welcomed him in 2018 as a refugee, decided not to receive him back.

Sella requested asylum when he traveled to a boxing competition, a sport in which he gave his first fists at the age of nine in a gym in the 23 de Enero neighborhood, in central Caracas, a political baton that Chavismo still holds. He knew the country long before because he had gone to other competitions. Also by relatives and acquaintances who spend seasons working to make money that allows them to survive in Venezuela. In the midst of the economic disaster that has been experienced in his country for years, Sella made the decision to stay in Trinidad and Tobago, like 40,000 other nationals who reside there, despite the hostile policy of mass deportations and mistreatment implemented in recent years. which are also beginning to apply to other countries in the region, such as Chile, due to the pressure of the arrival of more Venezuelans.

In his days as a migrant and refugee, Sella churned concrete and cut grass to support himself. “When I was mixing concrete, I was thinking about how that would help me in my boxing career. When I was mowing grass, I also thought about how I would help in boxing, “he said in interviews with UNHCR. On Instagram he found out about the Olympic scholarships for refugees and wrote several times to apply and finally stayed. That happened at the end of last year, when he began his short preparation to arrive in Tokyo. In the selection for the refugee team he competed alongside 28 other athletes from countries such as Syria, Afghanistan, South Sudan, Afghanistan and the Democratic Republic of the Congo.

At the beginning of this month, Sella was still awaiting authorization from the Trinidad and Tobago Ministry of National Security to travel to Japan and return, according to the local newspaper. Newsday. The boxer arrived at the match at the Kokugikan arena, however, without a safe return home. Unhcr has confirmed that it is looking for “the most suitable solution” for the athlete and his family in the face of this new obstacle. “We are very proud of Eldric’s accomplishments as part of the Olympic Refugee Team and are grateful for all the support provided to him and his family thus far,” a spokesman for the commissioner told Reuters.

Olympic diplomacy has begun to search for a new home for the Venezuelan athlete. Sources close to the family point out that Ecuador and Uruguay would be among the countries with which they are talking to welcome him. The athlete and his father, Edward Sella, who is also his coach in Trinidad and Tobago, have declined to comment on these efforts.

The participation of a Venezuelan in the refugee team and his bureaucratic limbo have entered the grinding of Venezuelan political tension. The government of Nicolás Maduro has accused UNHCR of politically using the boxer to discredit Caracas. “Eldric Sella is not a refugee, no one is after him. You can come home whenever you want. He migrated to Trinidad and could not be granted a status for which he does not apply, “wrote Foreign Minister Jorge Arreaza on his social networks. From other sectors of Chavismo they have fired insults and mockery about the performance of the Venezuelan boxer. “He is not a refugee, nor is he an athlete,” Diosdado Cabello, Maduro’s number two, said on his television show on Wednesday.