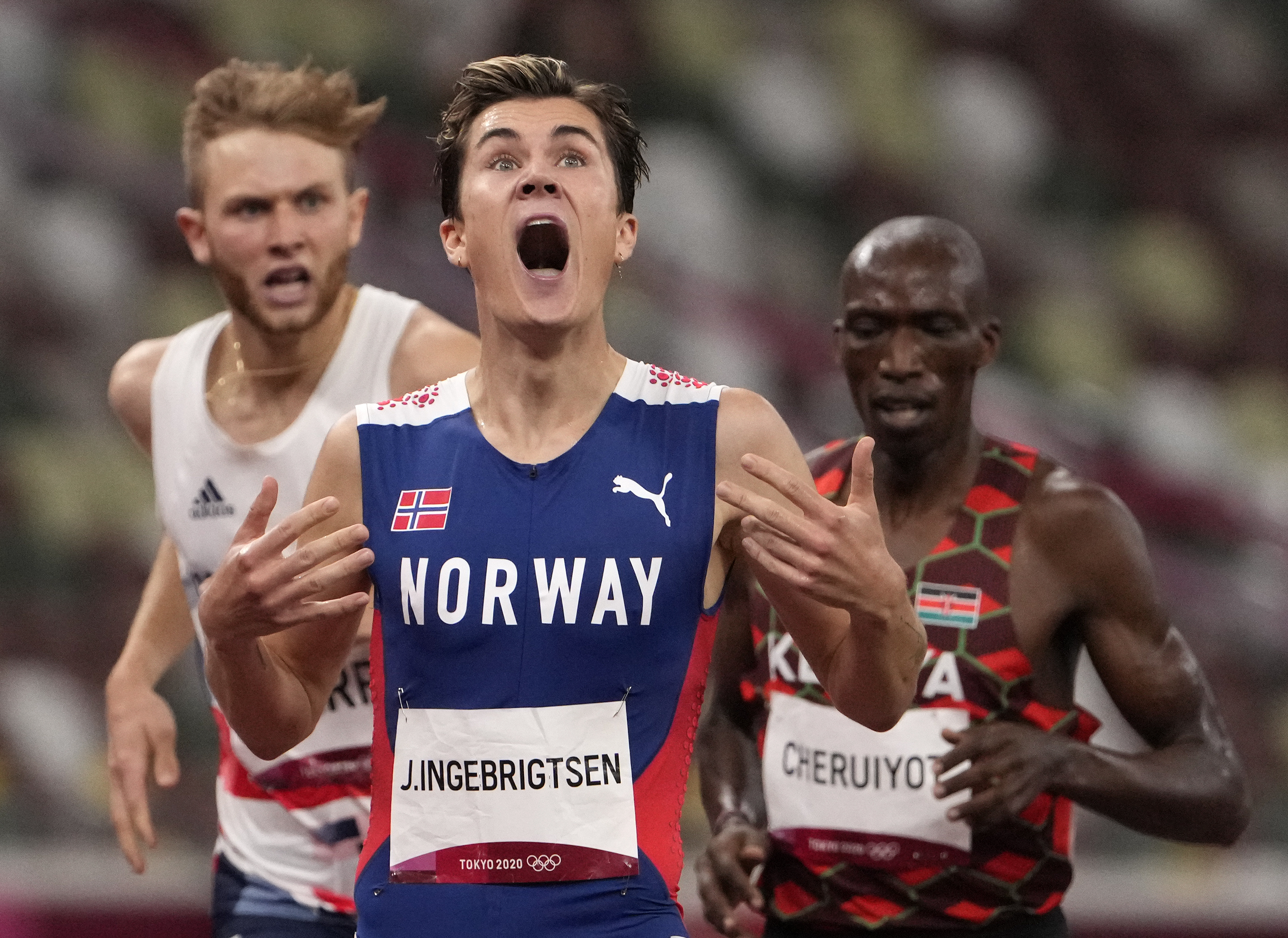 Jakob Ingebrigtsen, who, 29 years after Fermín Cacho, retakes for Europe the crown of the 1,500m, the queen of the middle distance, was born to be an Olympic champion. And not in a single day of his 20 years and 321 days of life has he deviated an inch from his mission, as his gaze does not deviate for a second from the steps of the world champion, the Kenyan Tim Cheruiyot, from his stride elastic, from his spring shoes that make him bounce with rhythmic force on the magic carpet of the Mondo in Tokyo. Bang, bang, bang. A metronome. Every lap in 56s. 400m, 800m, 1,200m. He wants to tire the deluded Norwegian. The Rift Valley athlete wants to prove that the Norwegian’s fate does not know with whom his existence is at stake.

No. Cheruiyot is wrong, as Don Álvaro already knew, you can’t play with fate, you can’t with his strength. Cheruiyot and his superb musical march discovers, just before reaching 1,400m, that he is the tired one. No kidding Jakob Ingebrigtsen, the boy from Sandness who has fun running on the snow and against the cold Arctic wind that shakes the ugly lake of Stavanger, on the southern coast of Norway, where the football team is called Viking, and at the same time background, the shadow of oil rigs.

And so he wins the gold that was promised: first 800m in 1m 52s; seconds 800m, 1m 50s; a last lap in 54s, the last 100m, when he overtakes Cheruiyot, when he eats the straight, irrepressible, the last 100m in less than 14s, and his heart leaps with joy on the Tokyo night, as hot as ever (28 degrees), and more humid than any day (81%). Total: 3 28.32s. Olympic record that erases the transitory anomaly (48 hours) that in the record books it was written that the best mark in the history of the 1,500m Games, an aristocracy of athletics, would have been achieved in a crazy semifinal by an athlete, the Kenyan Abel Kipsang, who finished fourth in the final that marked the first victory of the fated child prodigy Jakob Ingebrigtsen. Cheruiyot finishes in 3m 29.01s, and third is a young Briton, Josh Kerr, a Scotsman from Edinburgh who trains at Albuquerque in Breaking Bad, which also falls below 3m 30s, the threshold of the magnificent (3m 29.05s).

On the podium, represented three of the great rivers that feed the distance in the Games, the one that is born next to the Baltic, brushing the polar circle, the sea of ​​Paavo Nurmi, by Pekka Vasala; the spring of the British Isles of Sebastián Coe; The Fertile Nile and the Rift Valley by Kip Keino, by Peter Rono. The Oceania of the greatest is missing, by Peter Snell, by Herb Elliott, and the Atlas by Nurredín Morceli and Hicham El Guerruj are missing, the Mediterranean by Fermín Cacho, and both universes come together in Adel Mechaal, who is there, in the final , and runs with greatness, at the height of the historical circumstance, and its meaning, and with a nod to lovers of distance, who know minutes, seconds and tenths by heart, and resolve any doubt without blinking. Yes, they are quick to highlight it, Mechaal, to finish fifth, has run in 3m 30.77s, the best mark of his life, and fourth Spanish in history, after Mo Katir, Fermín Cacho and Reyes Estévez, and, above all, They emphasize, the time, minutes, seconds, tenths and hundredths, which coincides with the best mark achieved by Steve Ovett, the Briton who fought with Coe in the golden years of the idyll of the 1,500s and Europe, and whom Jorge González Amo loves so much. .

The heir of all of them, where his energy, his training methods, his wisdom of life converge is a child who at five years old was already running more than he walked. When Jakob Ingebrigtsen was eight, his father, Gjert, decided to stop being his father to be just his coach, as he already was with his brothers Filip and Henrik. “I have never had the relationship with my father that a son is supposed to have with his father,” acknowledges Jakob, who also accepted years ago that his life, and that of his family, the dictator father, the children obsessed with running, become a reality show of the prime time from Norwegian television, and cameras at home every day. At 16, Jakob Ingebrigtsen, born in Sandnes, double European champion of 1,500m and 5,000m at the age of 17, in the Berlin Europeans, where another child genius and Olympic champion and world record holder Mondo Duplantis, from neighboring Sweden, was also revealed , has already made public what fate had whispered in his ear and no one doubted its truth: in 2020 I will be an Olympic champion. He was only wrong for a year.