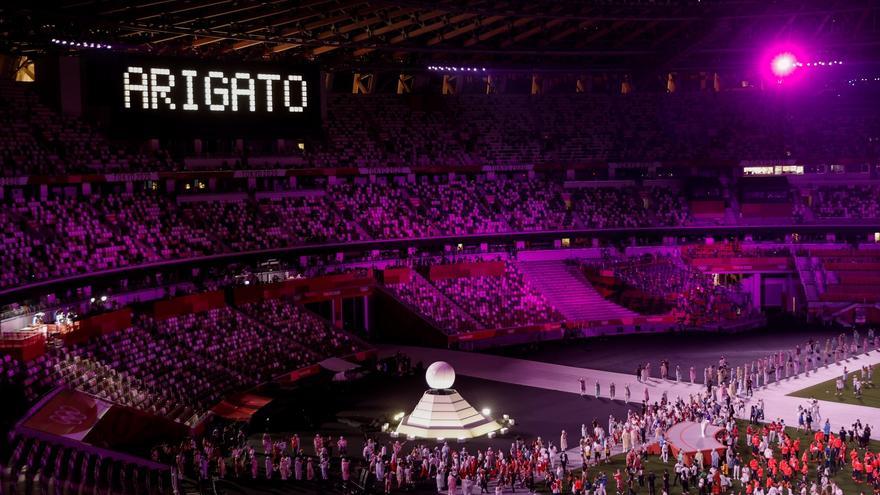 The Tokyo 2020 Olympics they have been an Olympic point and end for many stars of world sport, which in some cases lengthened their careers to say goodbye at the appointment and in others they benefited from their postponement due to the pandemic to recover from their injuries.

Several weighty farewells occurred at the Saitama Super Arena basketball, where the Spanish said goodbye to their national teams Pau and Marc Gasol and the Argentine Luis Scola on the same day. After winning her fifth gold, the American did it Sue Bird, which could accompany Diana Taurasi. He also did not want to announce the Spanish Laia Palau that leaves the selection, although it gave to understand that it will be thus.

On the athletics track, Colombian Caterine Ibargüen said goodbye and in the gymnastics center the uzbeka Oksana Chusovitina in his eighth Games, the same as the Spanish Jesús García Bragado, who did it through the streets of Sapporo running the 50-kilometer march.

These are some of the most notable farewells from Tokyo 2020:

The most successful pair of brothers in Spanish basketball said goodbye to the national team after the loss in the quarterfinals against the United States (81-95). “It is time to get off this beautiful attraction,” said Marc Gasol.

Their motives were quite different. In Pau’s case, Tokyo 2020 was the light at the end of a tunnel of injuries, the objective to recover for two years out of competition and he himself had confirmed that it was going to be his last adventure with his companions from ‘the Family’, with whom he played his fifth Olympic Games. It could also be his last professional basketball game, a decision that he postponed to ponder with his family.

Marc Gasol, five years younger, still has a season ahead of him at the highest level and next season he will once again defend the interests of the Los Angeles Lakers in the NBA, but he justified his resignation from the national team in giving way to a new generation.

Another record player: five Olympics, five golds in his history, all of them consecutive and with the company of Diana Taurasi, another record exterior in the Stars and Stripes, unbeaten since Barcelona 1992.

The game director broke the news after the debut win against Nigeria. When asked about future Games, Bird was blunt. “No I won’t”. His trainer, Dawn Staley, called it “like wine, it gets better with time.”

His partner also hinted at his end with the national team Taurasi, 39, who did not say so openly but confirmed that he is considering the withdrawal of the national team after the final against Japan. “Maybe this is the last time I play for the United States,” he said, with gold around his neck, in the mixed zone of the Saitama Super Arena.

The great captain of the Spanish team, with more than 300 international matches, in Tokyo 2020 became the longest-lived basketball player to play an Olympic tournament, at 41 years and 10 months. “Life gives me gifts”, he has repeated several times during a summer full of recognitions, but bitter in sports.

Defeated the Spanish team, again in the quarterfinals as in the Eurobasket, this time at the hands of France (64-67), everyone around them knew that it had been Laia’s last match, although she decided to leave the announcement for more go ahead.

“I know what is going to happen and we all know it but I do not want to talk about this today, I will announce what I have to announce at another time because today my head of emotions is going to explode, today is a day to be with my people, we are going to pass this beyond whether I continue playing or not continue playing, and spend it together “he declared.

The captain of the Spanish handball team closed the cycle by retiring with a medal. The bronze won against Egypt, which the Asturian adds to the one he already obtained in Beijing 2008, is the final touch to the sports career of the Spanish central defender, who came to think that the train had escaped when they failed to qualify for Rio 2016, but with his companions, he turned this distaste into a stimulus.

Delaying his withdrawal for a year to participate in Tokyo 2020, the captain and player with the most matches in the history of the Spanish team (294) managed to say goodbye on the podium. “I think it’s hard to imagine a better ending,” he said in a choked voice after the podium ceremony.

The Madrid walker in Tokyo 2020 ended his sports career with the world record for Olympic participations in athletics with eight games, from Barcelona 1992 always in the 50 kilometers march.

In the test in Sapporo, in which 25 of the 59 participants had not yet been born when he participated in his first Games in Barcelona, the “marble man” finished his career at the age of 51 with a 35th place and a mark of 4:10:13. After the race he was self-critical. “I would have liked to do better, but you have to accept age and now a new life begins,” he said goodbye.

On the same day that the Gasol brothers announced their last duel in the Spanish team, a few hours later the race with the Argentine team of another of the great players of the last two decades of world basketball: the Argentine Luis Scola.

In what was a final sung after Tokyo 2020, Argentine coach Sergio Hernández, seeing that the quarterfinal match against Australia was already lost (they fell 97-50) decided to take him out in the last minute of the game, something that Scola himself did not count on.

The game came to a standstill, and teammates, rivals, referees and volunteers joined in a heartfelt applause that threatened the former Olympic champion in Athens 2004 with the ‘Golden Generation’. “He caught me off guard, I thought he was going to end up playing,” said the Argentine.

Eight Olympic Games contemplate the Uzbek gymnast, who like García Bragado He played his first Games in Barcelona 1992, with the Unified Team, where he won team gold. Subsequently, she competed with Uzbekistan in Atlanta 1996, Sydney 2000 and Athens 2004, as a German, a country to which she moved for family reasons, in Beijing 2008 and London 2012 and again as an Uzbek in Rio 2016 and Tokyo 2020.

In Tokyo 2020 she competed with a significant number 8 in the jersey, achieving 14,500 and 13,833 points in her two jumps, insufficient to be one of the eight finalists, and she was dismissed by a unanimous applause from judges, rivals, coaches, volunteers and journalists, to whom she answered by forming a heart with her hands.

The Olympic triple jump champion at the Rio 2016 and Silver Games in London 2012 She also decided to take a step aside from the Olympic Games in Tokyo 2020, where she participated at the age of 37 and was tenth with a best mark of 14.25, far from the 15.67 meters that the Venezuelan Yulimar Rojas jumped and that it was worth the world record.

Ibargüen was the Colombian flag bearer at the opening ceremony and she was “happy and proud” for having come this far.. “I am privileged to be able to enjoy a few more Games. We had to adapt to all the measures, but we still enjoyed it,” she said after participating in her last Games, although she will continue to compete in professional athletics, according to her representatives.