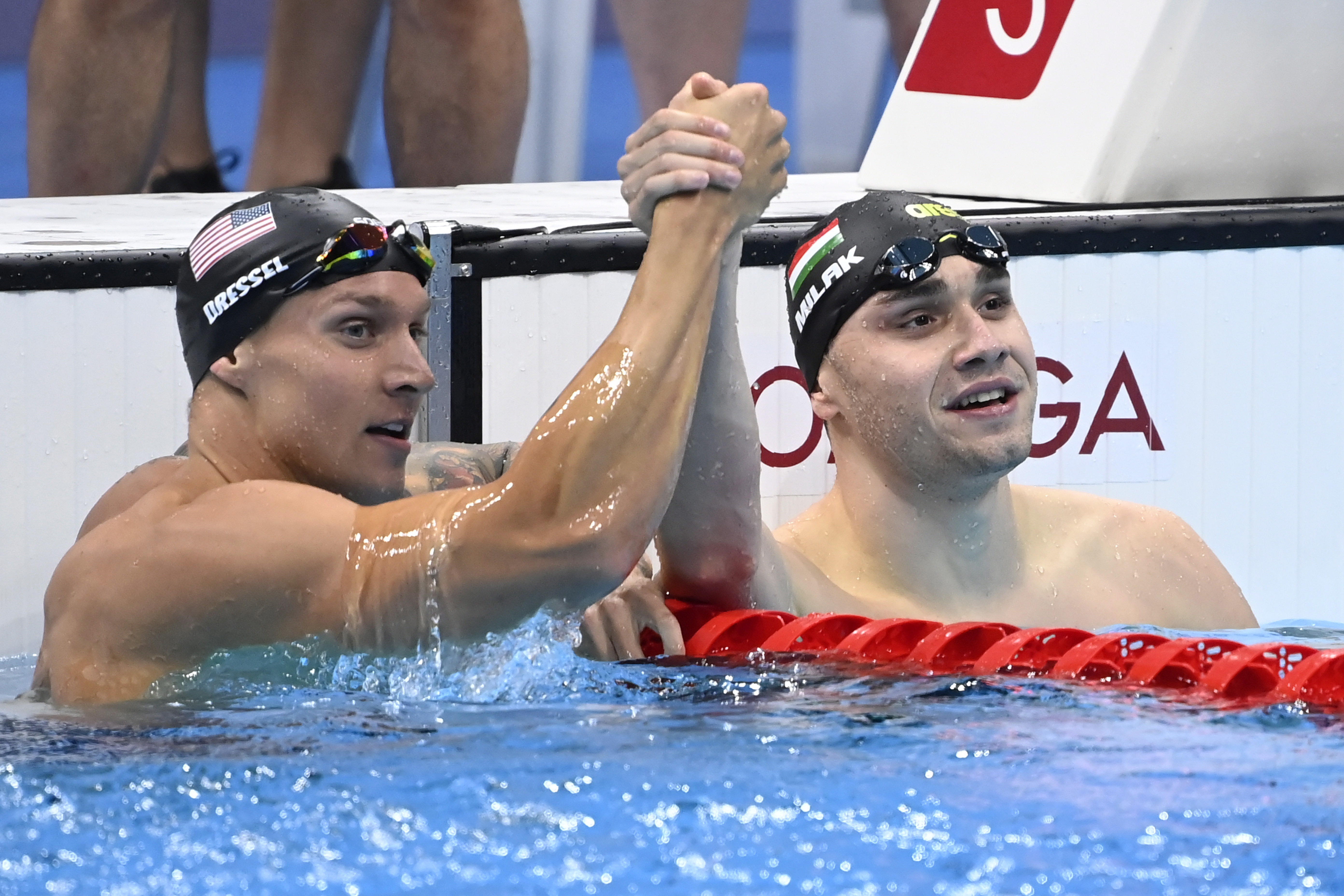 Caeleb Dressel traveled beyond his known limits and discovered a new one. It is located five hundredths of a second from the old one. A blink. A nail, a cuticle. A fraction of a centimeter of the 100-meter butterfly that made up the Olympic final in which the Florida swimmer dropped from 49.50 seconds to 49.45. It was the first men’s individual world record to be broken in the Tokyo pool and was Dressel’s third gold at these Games.

The uncertainty about the identity of the champion had dissipated in the semifinals on Friday, where Dressel had once again fallen below 50 seconds. Except for Phelps and Cavic crammed into rubber overalls in the 2009 Rome match, no one else had covered the distance in less than 50 seconds. Armed with his shorts made of statutory polyester, Dressel inhabited a territory of its own.

Kristof Milak was the challenger. The 21-year-old Hungarian came from his own ecosystem, the 200 butterflies, in which he holds the world record for style, energy management, and pain resistance. His is a patient and rhythmic art. Little to do with the 100 butterfly, a record that requires explosiveness, ardor, and audacity. Something that was not presumed in large doses until this Friday he swam the semifinals in 50.31s and became the fourth fastest man ever in the specialty. So he was summoned for the duel with Dressel on Saturday morning.

If the encounters between Phelps and Cavic concentrated manly tension, atavistic resentments and nationalistic prejudices, the paraphernalia of the duel between the heirs of that saga was tender. The immutable Milak, with wide cerulean cheeks and small eel eyes, behaved shyly, turning his back on his rival on the next street. Just as inhibited, the bronzed Dressel with tan skin and flowery tattoos avoided eye contact with his neighbor. Back to back, they clambered onto the poles, crouched down, and at the sound of the horn stretched like rubber bands to dive. There unexpected things began to happen.

Dressel changed his plan. Milak, too. The American, who based his best runs by finishing everything in the first 50 and defending the advantage on the return, decided to slow down his game slightly and reserve one more drop of energy for the last meters. Milak, for his part, raised a devastating start, unbecoming of a 200 specialist.

Milak reacted seven hundredths later than his rival, entered the water and gave a display of apnea with seven underwater kicks until he came to the surface. Then he completed 16 strokes to the wall. Against his habit of being a great diver, Dressel replied with a more fleeting underwater swim, just five dolphin kicks, followed by 17 strokes to turn. The American reached the wall in 23 seconds diving and turned. Milak arrived 63 hundredths later. Something less than half a meter that he began to recover underwater with 10 dolphin kicks, sure, as a good long distance runner, that he had fuel to save the last pitch at full power.

Dressel showed more haste than usual to surface. Possessing sensational muscular power, the man doesn’t need to kick as many kicks to gain shark momentum when he steps up for the first stroke.

“Someday this guy will put me out of work”

35 meters of moving water opened before the swimmers. Milak undulated rhythmically, steady, nailing each wingtip with the assurance that he would advance ahead of the man he was chasing. Launched by his rebound from the turn, Dressel maintained his momentum until he stepped into the middle of the pool and increased the glide using levers, which he acquired by lifting weights, tires, chains, ropes and stones, and which has given him an appearance of bulldozer. It was not enough to defend his meager advantage. As he passed the red mark for the last 15 meters, the lightweight Milak caught up with him.

Milak kept his style. His grace. He didn’t stop raising his head to breathe. Being attacked without remedy, Dressel made use of the emergency resource that gave him the championship in the 100 free. He lowered his head, sharpened his angle of attack, reduced his body’s resistance to the water, and applied five strokes without breathing. On the fifth, his hands sank into emptiness. He fell short. It is difficult to determine whether the fate of the world record, and the gold, was decided in that instant when he instinctively coordinated one last mule kick. The wave that he raised behind him was a reflection of the energy that he projected towards the wall. He made his second fastest pitch: 26.45 seconds, 22 hundredths less than the day he broke the record at the Gwangjou World Cup. In Tokyo he improved himself with a time of 49.45s, the fifth mark in history below 50s. Milak, with a comeback of 26.03s, did 49.68s and, together with his traveling companion, became the second man to drop below 50 in a textile swimsuit. Not even Phelps had swum that fast.

Caeleb Dressel stared at the marker with a childish smile. About to turn 25 years old, he must have felt that he was giving the last brushstroke to the Final judgment of its Sistine Chapel. Perfectly aware that the work had only been possible thanks to the inspiration, or fear, that his neighbor had instilled in him, he turned to the undaunted Milak and raised his arm as if to point out to the world that at that moment there was nothing but glory to both of you, co-authors of a form of magic.

Then, only then, the Tokyo pool witnessed the miracle: Milak smirked.

“Someday this guy will put me out of work,” Dressel joked, passing in front of the NBC camera. “I just try to hold out as long as I can.”