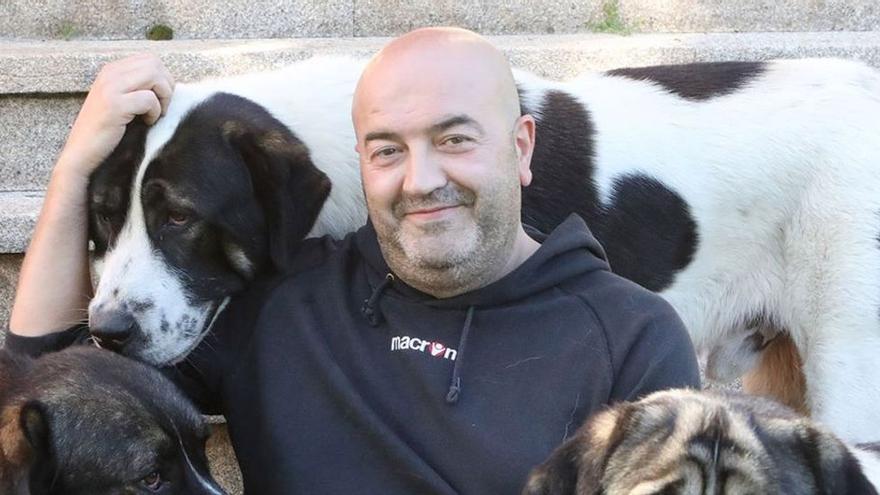 The controversy is served between the Galician breeders of mastiffs. The option to “retire” these dogs since he was 7 years old he has fallen like a jug of cold water among those in charge of raising litters of a breed admired both for its nobility and for its ability to work herding other animals.

Mastiff breeders qualify as “barbarity” the measure of retiring them at 7 years, according to the project of the future Law of Protection and Rights of animals

Although the text of the draft Law on Protection and Rights of animals specifies that “the retirement age will be determined by a veterinary professional, taking into account the physical and psychological capacities of the dog, having to issue a fitness and well-being report every year from the dog’s seven years of age so you can keep up the business, “Mastiff breeders call this draft” outrageous. ”

Manuel Meira He is an estradense man who breeds mastiffs on his 50,000 meter farm in Cerdedo. “Those who wrote this law have a very big mental pie. Some thinking head raises this, which is an outrage and outrageousness. Furthermore, there is nothing logical or coherent about it. How are you going to put a mastiff to work after a year and a half? It will eat all the chickens when they are released ”, he assures. Neira also explains that “when the dog is 6 or 7 years old, he is in the prime of his life. You tell the police, when they prepare an anti-drug dog after many years, that when it is in full swing they have to retire it. The same thing happens with the guides of the blind. I believe that this law cannot and should not go forward ”.

Alberto Mariano with his mastiffs in Cacheiras. Xoan Álvarez

Alberto Mariano breeds mastiffs for the second time at his home in Cacheiras. She has three male brothers over 3 years old who are a cross between the Pyrenees and the Spanish (“Broco”, “Brownie” and “Ucki”), whom she considers to be family. “I don’t know how they are going to explain it to the dog because he has to go from being with his sheep every day and being happier than a partridge, and now suddenly he has to stay at home. I am not very clear how that is done. I am a defender of animals but surely the dog will be more happy with his sheep than at home, ”says the coach of CD Estradense. Mariano assures that “If the dog is in good condition, I do not understand about the fines. I would fine anyone who had the slightest behavior of animal abuse but this is not the case. These dogs are an extension of our families ”. And remember that “such large dogs tend to have hip problems, with a slightly lower life span. I think that up to 12 years, dogs are in full power ”.

José Manuel Lamela with a couple of puppies. Xoan Álvarez

For his part, José Manuel Lamela is a Spanish Mastiff breeder in Ames, where he now has some 18 copies. He only breeds to display them and then give them away to farmers or friends. He does not mince words to declare that the law “is stupid like everything this government has been doing for a few years. This happens because the one in charge never had a dog nor does he know what the rural one is or anything. At 7 years is when dogs are better because that is when they know where to go and where not. When it is better to save and for everything is between 5 and 10 years. I don’t think that law will come to fruition. ”

Román Santalla, secretary of Livestock of the Union of Small Farmers (UPA) assures that the demand for these dogs has grown “but it has nothing to do with the wolf issue. These are trends in both mastiffs and border collie, because both are very good breeds to keep sheep and cows ”.

The Lalinense unionist indicates that “we are in a preliminary phase that the typical thing is that the mastiffs are given away, something that does not happen with the border collie, which is a more selective dog and is even achieved through the internet. The mastiff is a dog that eats a lot and is very large, therefore it is not easy to maintain but it is a very noble one, and that explains why this trend is imposed relatively quickly among farmers on farms ”.

Deza and Tabeirós-Montes have 1,023 mastiff specimens, according to the data provided by the Galician Company Animais Identification Registry (Regiac) corresponding to this year. A Estrada is the council with the most registered dogs, with a total of 291, among Spanish (245), Leonese (23), Pyrenean (12) and Neapolitan (11) mastiffs.