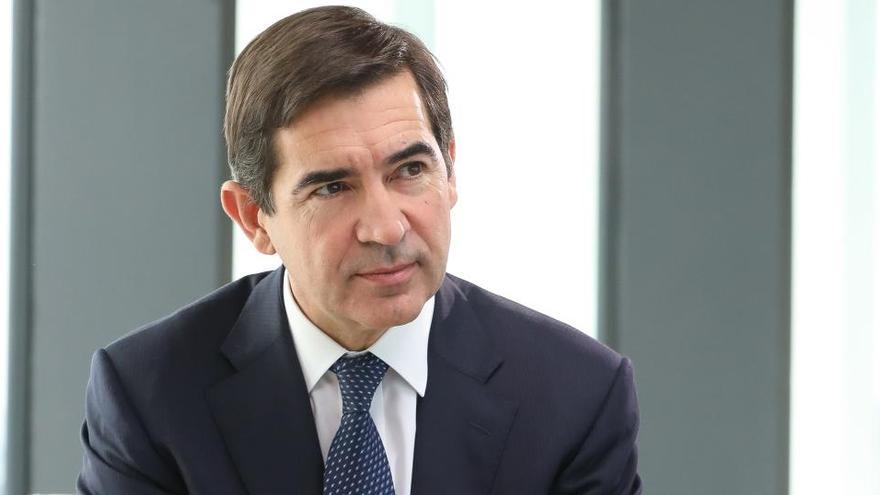 The president of BBVA, Carlos Torres Vila, has assured that, despite its complexity, 2020 has been a year of “relevant strategic achievements” and has stated that the entity faces 2021 “with unparalleled strength” to invest in growth and to increase shareholder remuneration.

This was revealed in an interview published on the BBVA corporate website, in which Torres Vila takes stock of 2020 and offers his vision for next year.

In this sense, and after the recent sale of the United States business and the decision of the European Central Bank (ECB) on the payment of dividends, it considers a relevant share buyback “as a very interesting option” to remunerate the shareholder. Torres Vila highlights the importance of the sale of the franchise in the United States and the “enormous value” that the operation emerges.

As highlighted, BBVA is prepared, therefore, to “face difficulties that may keep coming“, but also to invest in a” profitable way “in the markets where it has leadership and to increase the remuneration to its shareholders.” In essence, it is an operation that demonstrates BBVA’s commitment to generating value for shareholders “, sums up Torres Vila, who, in this sense, considers the update of the ECB’s recommendation on dividends “very good news”.

As of September 2021, as he points out, the dividend policy of European banks is normalized, “something very necessary.” “We already said when we announced the sale of the United States that we contemplated as a very interesting option, in addition to that of dividends, a relevant buyback of shares,” he says. Torres Vila indicates that current prices of the bank’s shares remains “a very interesting alternative shareholder remuneration “.

The president of BBVA also refers to the reasons that led to the end of the negotiations with Banco Sabadell for a potential merger. “It was a good example of investment in markets where we have leadership and where we can generate shareholder value. It has not gone ahead because we have not reached an agreement on the economic terms“, it indicates.

Likewise, Torres Vila rules out expanding the entity’s presence in Turkey: “The position we now have in Garanti allows us control, allows us to manage the bank, and we do not contemplate any change” in the current participation, which amounts to 49, 85%.

On the other hand, Torres Vila qualify the economic and health situation with an adjective: “Uncertain”. While he speaks with some optimism about the vaccine, he also asks for caution about when “the immunity that is necessary to return to normal” will occur. Now, as he points out, “it is important to maintain rigor in the application of the measures.”

Regarding the economy, foresees a “rebound” in economic growth in the second half of the year, but an uneven recovery between regions, where countries such as China, the United States or Turkey will recover their GDP next year, while other areas such as Europe or South America will probably have to wait until 2022. This is also the case of Spain, according to points out.

The president of BBVA emphasizes that the country should encourage private investment to generate economic growth, employment and well-being. In his opinion, to encourage this investment, trust must be generated through four channels: institutional stability, regulatory predictability; a fiscal system that does not distort decision-making and that is efficient, and maintain the stimuli by the authorities, which “have worked well in 2020 and are still necessary”, both the monetary ones that the ECB has launched , like the prosecutors in Spain.

Torres Vila estimates that the focus on the investment of these funds together with private capital should be placed on several axes such as sustainability, inclusive growth, digitization to modernize the Spanish economy towards data, and “that they be programs with a broader spectrum than reach out to small and medium-sized businesses, the self-employed and families “. All this, as indicated, “always with transparent, agile and competitive schemes in the allocation of resources “.

From the financial sector, Torres Vila explains that public funds can be amplified with financial capacity and support in the analysis of the projects themselves and in the processing that “is necessary to reach all economic agents in a capillary manner.” To do this, BBVA is already working with the authorities in Spain, in the design of products and solutions “that allow this to be the case.”