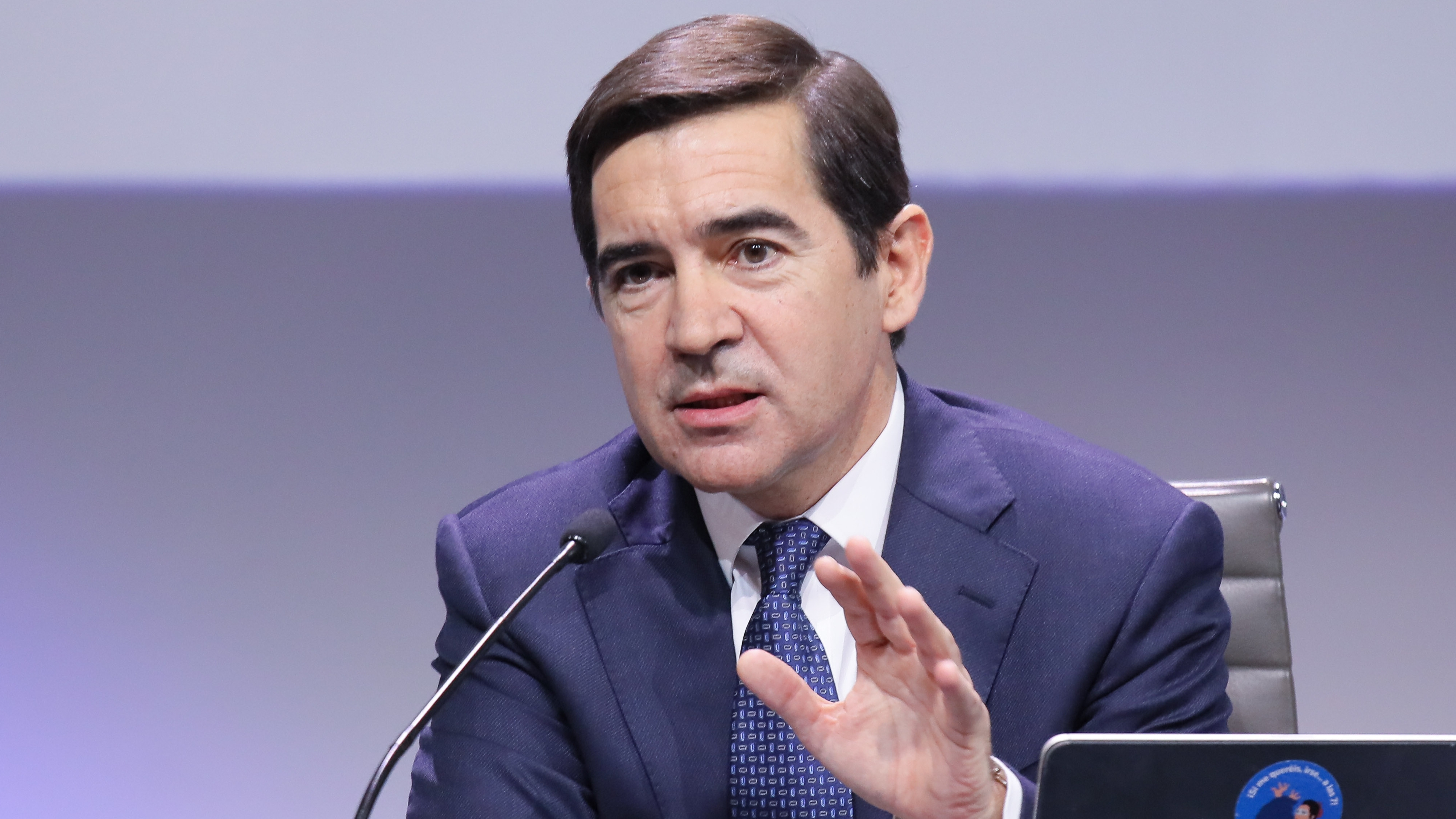 Carlos Torres will continue to lead BBVA in the event of the merger with Sabadell, according to market sources. The difference in size between the two entities, the age of their respective presidents and the fact that the operation is configured as an absorption or purchase of Sabadell by BBVA mean that it is the Basque entity that will lead the resulting bank if the merger is successful.

In the recent CaixaBank and Bankia merger agreement, it was agreed that the chairman of the absorbed entity, José Ignacio Goirigolzarri, from Bankia, would be the chairman of the merged bank, although reserving the role of chief executive to the CEO of CaixaBank, Carlos Gortázar. This division of roles was possible not only because of the good personal harmony of the two executives, but also because of the predominant role of Fundación La Caixa in the shareholding, which in some way guarantees control of the merged bank. In addition to this, CaixaBank already had a non-executive chairman, Jordi Gual, whom La Caixa had no special interest in keeping in his post.

In the case of BBVA, without a reference shareholder and with a different distribution of power, there is no similar situation. In addition, the age difference between Josep Oliu, president of Sabadell, 71, and Carlos Torres, president of BBVA, 54, is very marked. And the difference in size and market value between the two entities is much more significant, with a ratio of 10 to 1: BBVA is worth about 24,000 million on the stock market and Sabadell about 2,400 million.

The key: bargaining for the price

Whatever the formula for the merger (a takeover with a share exchange or, alternatively, a cash payment), BBVA’s shareholding will hardly change. Some analysts consider that BBVA could choose to pay in cash because it has money from the sale of the United States subsidiary (it will receive 9,700 million euros), and because if it avoids issuing shares to exchange Sabadell, it will improve the profit for action quickly after integration.

For all these reasons, the market sources consulted indicate that the negotiations will reserve an honorary position for Josep Oliu, but that Carlos Torres will remain as president of BBVA. Torres already had to give part of his executive powers to the CEO, Onur Genç, 46, to obtain the approval of the European Central Bank (ECB) to his organization chart, since the supervisor is in favor of the executive power not concentrating in the president, and financial sources suggest that the foreseeable thing is that the Turk will continue in his position and that Jaume Guardiola, 63, will leave the entity.

The role of the rest of the executive directors and the composition of the future board of directors will also be subject to negotiation, but it is assumed that it will have a large majority of independents. BBVA has a board of 15 members in which only Torres and Genç are executives and there are 10 independent. In Sabadell, in addition to Oliu and Guardiola, María José García Beato and David Vegara are also executives. There are also nine independents and a proprietary director, the shareholder David Martínez Guzmán.

Market sources point out that one of the keys for the operation to be quick is to agree on a consensus price. The BBVA will have already studied the Sabadell very well so it will know how much it is willing to pay. Sabadell will also have their red lines marked on what they are not willing to give up. To begin with, it will be necessary to determine from which day the initial negotiation price is marked and then calculate the control premium that is paid on market value. The usual thing would be that the listing price of the Sabadell was the closing price of last Friday and not that of Monday, influenced by the operations and market rumors.

Another factor that can be problematic is the valuation of Sabadell’s British subsidiary, the TSB. It is probable that BBVA does not want to assume it and then a market price will have to be sought, something that is not easy now because there are not many buyers for an entity like TSB.