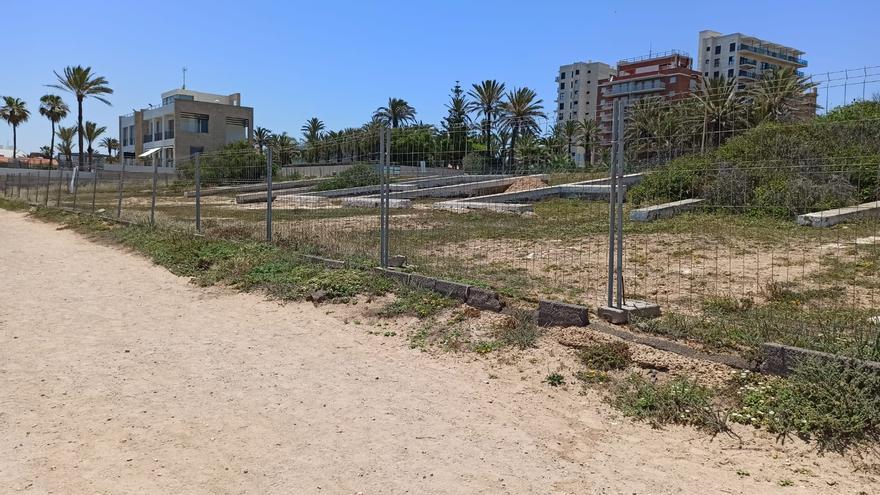 In the description sheet for the La Veleta partial plan, of the Torrevieja General Urban Planning Plan, the plot -which has always been privately owned- appears as a green area in sector E. That same file indicates textually with an asterisk: “Plot that was modified in the PGOU to a green area where a general system (Mare Nostrum avenue) and private domain beach service are located. There is a discrepancy (sic) between the green zone and the private domain zone “. Discrepancy, which based on the license granted by the area managed by Mayor Eduardo Dolón, who is a councilor for Urban Planning, has been resolved in favor of the urban proposal in the case of the resort. It is also contemplated in the specific modification to promote hotel use approved by the City Council in 2006, that allowed the companies that requested it to increase the volume of construction of their plots if they were intended for that use. The first mayor has not ruled on this file.

It so happens that on the site there is a population of the endemic species of flora of the cat’s head jarilla, registered and inventoried by the Generalitat Valenciana for years and that in principle, it would not have been taken into account at the time of validate the license.

Carlos de Haro, who applied for the license on March 29, has reiterated that the project has all the licenses and that the public use that the plot has had during these years was given despite the fact that the ownership of the land has always been private. He also regretted that they wanted to open a debate on the classification of the land, when the authorizations have already been granted.

The site is a very characteristic place in this La Veleta residential area because it has been announcing its name for half a century with large letters formed in brick walls and concrete.n, visible from the sea and the air. Its urbanization, dedicated to homes for clients with high purchasing power, began in the second half of the sixties, when tourism was taking off in the Torrevieja municipality.

The action also has the approval of the provincial Coasts service since the plot is affected, like the rest of the houses on the coastline, by the protection easement of the Coasts law -which restricts the volume and scope of what is can build- and by the passageway and the maritime-terrestrial public domain: the seashore is just fifteen meters from the area to be built. It has also required the approval of the Department of Agriculture because Mare Nostrum avenue is part of the Cañada Real de la Costa livestock route.

The farm, until a few days ago without limitation of passage to the sea for neighbors and residents, now has a construction fence and posters of the construction company and several tastings have already been carried out inside.

The plot by the sea classified as green and “private domain area” in the PGOU where the restaurant will be built is indicated in red. In blue, on the left, the estate of the resort hotel

The residents of the area have been demanding for years that the City Council ask the property to reinforce the fencing of the 8,000-meter plot and clean the vegetation.