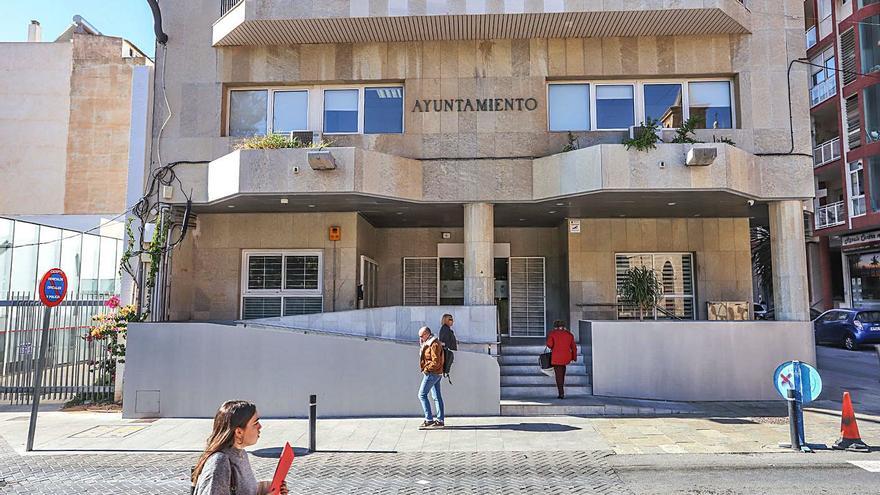 The Torrevieja City Council will leave its debt with the banks to zero with the modification of credits that contemplates using 79.3 million euros of surplus generated in the municipal accounts since 2015. Mayor Eduardo Dolón and the Councilor for Finance, Domingo Paredes, broke down A few days ago that money was going to be used mainly to finance large infrastructure projects, but they practically did not allude to the fact that the disbursement will allow the debt with the banks to be zero: 12 million of the remaining treasury will go to pay the debt . This situation already occurred but very momentarily at the end of 2020. But immediately afterwards the municipality made a loan of 12 million euros with Liberbank to finance works. Now there is a totally exceptional situation: the government has lifted all spending restrictions and rules that restrict municipal economic management to alleviate the impact of the health crisis. Something that allows to release those remnants accumulated over years and that could only be used to pay bank debt and suppliers and in rare cases finance financially sustainable projects. At this time, the City Council can use most of the money it has saved for all kinds of expenses: from current expenses, through investments to loan repayments.

The PP of Torrevieja harshly questioned in the opposition in the previous municipal mandate the destination of the remainder to pay to the banks. In just two years, he has already paid almost twenty million in this concept, with the advantage of repaying the loan he contracted only six months ago. Bad business, in any case, for financial institutions.

The most likely thing, as explained yesterday by councilor Domingo Paredes, in the coming years is that the legislation that controls public spending in municipalities will also return to normal and the municipality will have to resort to loans and the rigorous spending rule.

On the other hand, the municipal government has called off the Finance commission that had planned yesterday to give a favorable opinion on this modification of credits when material errors were found in the file. Paredes said that it is preferable to amend the file than to go to the commission and leave the matter on the table. It also cleared up a doubt: the credit modification will take effect in any case after the final approval of the 2021 budgets and not before. Although it is processed on the budgets extended for 2020.

The full approval of the Torrevieja 2021 budgets will be convened for this Friday or next Monday. Yesterday the PSOE spokesman, Andrés Navarro, pointed out at a press conference that his group still has to assess whether it will appeal the call for that point in plenary session. Both Los Verdes and Sueña Torrevieja have expressed their support for the Socialists before a legal action that can only be endorsed by the PSOE because it is the only one that is on time to do so. The PSPV Organization Secretary, José Muñoz, said yesterday, after harshly questioning Mayor Dolón’s economic management, that the Socialists did not “resort to sport” but that their objective has always been to “do things right.” The document that would go to plenary session is practically the same as the PSOE, Los Verdes and Sueña appealed in March, The judge adopted precautionary measures that paralyzed him for a few weeks, now lifted by an appeal from the PP. The majority of the PSOE group fears another resource will turn against them from the political point of view, assuming the discourse of the PP. Navarro suggested yesterday that the document to be validated has been rectified by the PP. But it is the same one that was appealed.