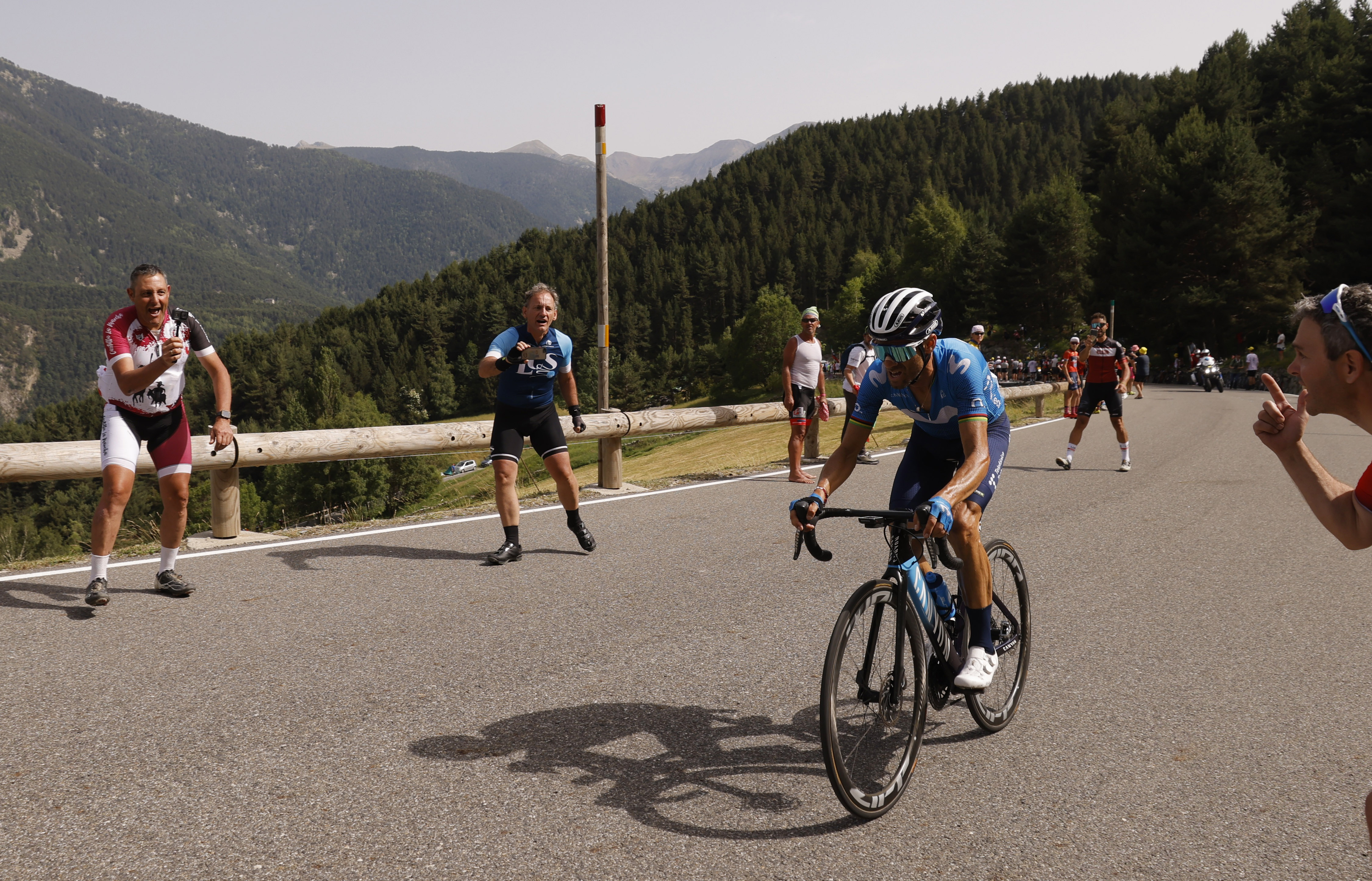 Tadej Pogacar opens the door and the platoon escapes. There is everything ahead, young wolves, old rockers, classics, opportunists, climbers and dreamers. And a dreamer wins the stage, Sepp Kuss, an American from Durango, Colorado, with the look of a western cowboy, from Bravo River, perhaps, always putting his hand on his forehead to look towards the west, towards the sunset that guides him, happily making his horse whinny. This is how the Tour de France enters the fiery Pyrenees.

To show his gaze to everyone, Colorado Kuss takes off his black glasses a few meters before crossing the finish line, and in full drunkenness of joy, he throws them at the public. Then, only 23s later, Alejandro Valverde arrives, the best of the old rockers, second on the stage, and almost hugs him and congratulates him like a father to a son who has passed the selectivity, and even happier than him, or like the veteran who with enchanted eyes beats the rhythm with a snare drum while the boy with a banjo sings a ballad to his girl. And by age, although he is 41 years and 78 days old, and no one as old as he has ever finished second or first in a Tour stage, he could not be his father: Kuss, Primoz Roglic’s trusted man released, and already a winner in Asturias from a stage in the Vuelta on 19, he is not very old, but he is already 26 years old.

Only Pogacar, his friends and the group of friends / enemies (the usual secondary chorus) are on the run, the seven of them so close together, so mischievous, that in the mountains of Andorra, in the endless Envalira, in the abrupt Beixalís, they seem A bunch of children playing hide and seek in the forest, now you see me, now I’m leaving, now where am I, count to 10 and come find me.

And while they have fun without hardly scratching themselves, the leader, in his yellow jersey, and no longer with teammates, who have spent the day pulling, plays a serious older brother (and is younger than all of them, 22 years), who can take what he can, and control without getting too angry. It is a way of exercising his absolute power. The first week was chaotic and wild for lack of control; the second, predictable and more bland due to excess control; the third, which begins on Tuesday with the continuation of the Pyrenean crossing, and two finishes on high, Portet on Wednesday, Bastille Day, and Luz Ardiden on Thursday, will be the one that allows those who go for the second to fight for end seriously, seriously, and among them will be Enric Mas, who played yesterday with everyone – with Rigo, who for the first time in many years, sped up at the head of a group; with Carapaz, the most tenacious; with Vingegaard, the strongest; with O’Connor, unrepentant and weak – and ended up like everyone else, muddy on his knees and tired.

A swallow does not make a summer, says Nairo Quintana when he is in a bad mood, as he is on this Tour. The Tunja lion feels very lonely in the Arkea, he does not spoil him, he complains, and I cannot save the team, even if I try, and, on the way to Andorra la Vella, he sneaks into the great escape of the Tour to fight by the moles on the mountain. He does not recover them but he realizes that the summer is not done by the swallows but the sun that burns in the Pyrenees, almost burns the thin skin of the cyclists who cool the cerebellum by watering it with fresh water from the drums, and the heat scares to those who read that if this continues, the unstoppable warming, in 20 years it will be so hot in July in France, and there will be so many exaggerated storms, that it will be impossible to run the Tour in July, that you better think of a Tour in November. It would not displease Pogacar, who may still be active and winning at the time, the cyclist who only fears the heat and who is surprised, so he says, that he did not suffer it as much as he feared. “It was the stage that I feared the most because of that, because of the heat, and I had a great time,” says the Komenda rider, who no longer knows what to be afraid of. Not from rivals, of course.

Nairo also realizes, to which the wind in the descent of Envalira takes him from side to side of the wide road, that an attack, or two, like the ones he tries to score first on the roof of the Tour, the 2,408 meters de Envalira (and his house in Tunja is 400 meters higher still), it does not even make him a summer swallow but, at least, they make Valverde’s day, who feels strong and chases everyone who moves in Beixalís, where everything is fought. And when Kuss attacks, Valverde knows that it is the decisive attack. His gaze lights up more, his chin sharpens and he launches himself, with everything, and sticks to the wheel of Durango’s. But Kuss is strong, and he squeezes again, and he drops one tooth, two, and he goes. Valverde refuses to give up, clenches his teeth more, clings to his illusion. Crosses the top of the last climb just 20s behind the Colorado kid. There are 11 kilometers of descent. Those who teach how to go down on a bike, to trace curves, to descend quickly and without risks, say that those who are afraid go down badly, that to go down well the main thing is not to think, not to doubt, to get carried away by instinct. Kuss is not the best bass player in the world, but Valverde cannot cut him for a second. “I was in trouble in a couple of corners on the descent and I thought it was important to win, but it was more important not to fall. I just didn’t want to fall down, ”says the Murcian, father of five, whose spirits have been restored by the heat, so low since the start of the Tour, and even more so on the day that it almost freezes in the Alps.

When he congratulates Kuss, he tells him that having him behind, so good, so dangerous, has forced him not to relax for a second, to give his maximum, maximum. And Valverde tells him, oh, pillín, how good it has been for you to live in Andorra, how well you knew the port.

And everyone laughs because the next day there is no stage. On Mondays, I rest.