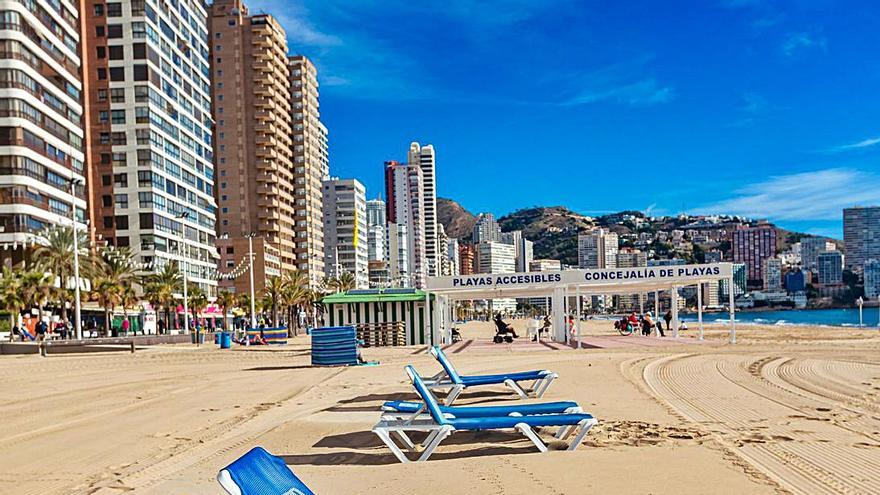 Beans, sausages, toast and juices. These were the only foods that European truck drivers received on Christmas Eve and Christmas, including more than one from Alicante who weekly transports fresh fruit and vegetables to Great Britain, from the Kent county residents, during this kind of “Operation Dunkirk” but in the XXI century. Carriers had been trapped by the closure of the borders between France and the United Kingdom in a desperate attempt to contain the new strain of the covid, and some Brexit, which caught thousands of professionals in an analogous situation, without blood fortunately, to what the British troops suffered on the Gallic beaches besieged by the German army in 1940. Then it was the fishermen who jumped into the canal to do their bit.

Last Christmas it was the neighbors, British again, who participated, in their own way, in this bloodless but just as cruel war against the virus. Surely many of these “heroes” have had the same breakfast more than once in the dining room of any hotel in Benidorm and the Costa Blanca, where British tourists have their beach and even their second home. There are English clients who even store their summer clothes in the lockers of those hotels where they feel at home.

Everything was blown up in that fateful March of the now infamous 2020, which we said goodbye last Thursday, but whose drama has not yet ended despite the start of vaccination. Health consequences aside -so serious and in many cases worse than the economic ones-, 2021 starts with the same problems that 300,000 families in Alicante, whose livelihood depends on tourism, have suffered since March. Ten months later, many workers continue in ERTE and, despite the fact that the Government has ensured that this palliative instrument will be renewed until necessary, its black-on-white shield continues without closing and threatens again to cause social and labor bleeding from of the next day 31. Again uncertainty with which so many people face the day to day. And the problem remains the same. The Administration still does not take seriously the sector that moved -2020 has closed almost blank- 16% of the GDP of the province with a multimillion annual contribution. The last gesture against the sector has been carried out by the Consell, with the strong limitations to the hotel industry in the middle of the Christmas season and the closure of the Community during the holidays, which sank the Christmas and New Year’s Eve campaign in the few open hotels. President Ximo Puig, overwhelmed by the pressure of Health (if it were for the technicians we would be confined for weeks), backed down in ten days and contributed, involuntarily, to block, even more, the already badly wounded Christmas campaign. Neither the president nor his advisers calculated, for example, the damage that, half an hour more or half an hour less (how long it takes to eat the grapes, pick and go home) could mean. There was no going back, and dozens of reservations, some made since January 1, 2020, were canceled, both in restaurants and hotels, where accommodation is allowed, because, in addition, they have proven to be bunkers against the virus.

The result: instead of responsible, safe and employment promoting leisure, thousands of gangs of young people spent New Years Eve in their grandparents’ small apartment on the beach or in the country house. This has been the finishing touch to the worst season in history and, I am afraid, the last for one of those 13,000 bars and cafes registered in the province, or one of those hotels that have been closed for ten months.

Facing the January slope, it is obvious that the hotel that is still open does so simply out of prestige and solidarity with its city. The sector sees how the Administration postpones another capital issue together with the ERTEs, such as the reduction of VAT from 21% to 5%. The first, let’s be optimistic, it may have continuity, despite the fact that the public coffers are canine as evidenced by the fact that there are still workers who still do not receive the benefit. The second seems impossible because of the balances of the State to compensate income and expenses. The sector claims 2,000 million euros in direct aid, but the Government, for the moment, does not give in. Luckily, the “ivazo” to soft drinks does not affect the hospitality industry.

Hence, no one can venture which establishment will not end up closing in the next few weeks surrounded by capacity limitations and by the lack of customers, who have even given up morning coffee for fear of covid, for lack of parking or, if they maintain the employment, to continue in “telework.” That “new work normality” that keeps you tied to the living room, and that will surely bring about some new pathology in the future while companies save costs at the expense of the worker. That is not where the future can go either. The Dane who chooses to telecommute from his apartment in front of the sea in Moraira is not the same as the hotel worker who is sent home to defend him from the virus. It is simply going to unemployment.

The lack of direct aid in the Government’s plan is incomprehensible taking into account, in addition, the measures approved, for example, in other European countries, where the weight of the tourism sector is much less in GDP or in job creation in comparison with Spain. Germany has already launched direct aids of more than 10,000 million euros, in addition to having approved significant VAT reductions and measures to promote demand, and France grants direct aids amounting to 10,000 euros per establishment. The central government continues without reacting and neither the Consell, nor the Provincial Council, nor the town councils have sufficient liquidity to give strong direct aid, not disguised as loans that must be repaid. Tourism needs a rescue like the one that banks received in its day because, in its own way, it is also a systemic sector. If not, ask the bus driver that takes tourists to the airport or the fishmonger who serves the restaurant on duty. Now, it is clear that giving for giving is not the solution either. This crisis has also served to make us realize that the model needs a restructuring.

Seen the panorama and verified that we ourselves have not known how to live with the virus, we must entrust ourselves to the success of the vaccine, but also to the kidney of the State. If both things do not happen, we will continue in an economic, health and social sinvivir difficult to resist. A phrase circulates these days on social networks that has made me think. More or less comes to say that 2020 was the year in which we learned to value what we have, more than what we would like to have. For some who manage us, unfortunately, this has not been the case.

We ended the year seeing our carriers having breakfast sausages, beans, toasts or juices with the silence of the Minister Ábalos, Valencian to make matters worse. Hopefully things change and sooner rather than later we will see many tourists from Liverpool or Albacete having breakfast on the Costa Blanca. It will be a good sign, as much as seeing them eating rice at ten o’clock at night, although for some purists it sounds like a geek. Good luck and good health for 2021. And good news, which is also contagious. Katalín Karikó, the Hungarian scientist “mother” of the covid vaccine, says that next summer we will return to the beach without problems. I want to believe it.