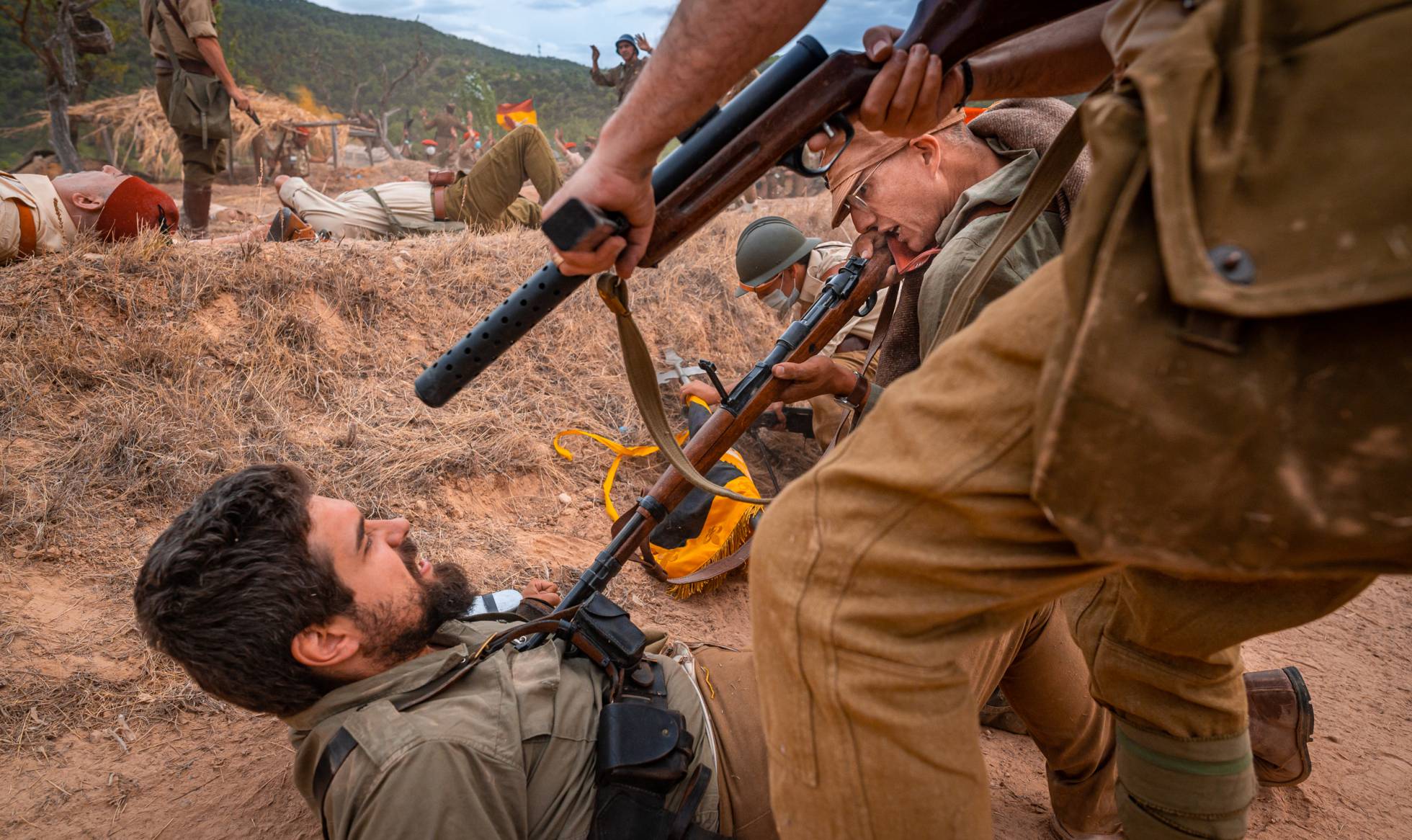 Terres de l’Ebre, located in the south of Catalonia, is one of the most important historical memory spaces in Spain. There the battle of the Ebro took place during the Spanish Civil War in 1938. This was the longest and the one that caused the most casualties. It was also one of the most decisive. The contest ended in April 1939 with the subsequent establishment of the Franco dictatorship for more than four decades.

Sixty years later the Center for the Study of the Battle of the Ebro (CEBE) in Gandesa, a museum promoted by a group of researchers and private collectors. Shortly after, between 2005 and 2011, the Memorial Consortium of the Spaces of the Battle of the Ebro (COMEBE), within the framework of action of the Democratic Memorial of the Generalitat de Catalunya, progressively opened five interpretation centers. As Teresa Ferré, former director of COMEBE, stated, “the institutions are behind the demands of society”. Thus, it has been “civil society and associations who have promoted the need to recover memory.”

Among these citizen initiatives, which give way to the demands for the recovery of recent memory, we highlight two: Beyond service company and travel agency specialized in memory tourism founded in 2014 in Tortosa by Maite Hernández, anthropologist, and Andreu Caralt, historian and journalist, and the Frisach family winery that offers wine tourism experiences to complement its economic activity.

The differentiating characteristic of Terra Enllà’s work is that they are especially concerned with “the rigor of the historical event and the appreciation of this memory”, according to Maite Hernández. On the other hand, Andreu Caralt assures that “the company label does not suit what we do”, since his involvement with visits, other associations and relatives of former combatants, goes beyond a commercial interaction.

One of the difficulties that the Terra Enllà team increasingly faces is how to be attractive to younger people. Caralt points out that, in general terms, “today’s generations have lost their emotional bond.” For this reason, they included a kayak route in its catalog, in order to attract the attention of families with children and young people. In addition to raising awareness about the environmental problem in the Ebro river.

Also Read  "I can excuse corruption, it is inherent to the human being, but not the impunity of the corrupt"

On the other hand, they also fuse history with gastronomy. First of all, they have the route The Secret of the Brigadistas, in collaboration with the restaurant Miravall, where the diet of the soldiers and the civilian population in 1938 is taken into account. Secondly, in collaboration with the Frisach winery they offer the route Wines in the trench. Caralt, vindicates the presence and importance of wine during the Battle of the Ebro, and how this “fits perfectly with the story and the landscape” of those days of conflict.

The setting in which this union with wine takes place is Corbera d’Ebre, where the war marked “a before and after”. Once the armed conflict was over, Poble Vell (old town) was abandoned and a new one was built just past the road.

The tasting takes place at Cota 402, the former command post of the Republican 35th International Division. A space recovered and converted into a place that has been preserved for 12 years by the Associació Cota 402. In the words of Francesc Frisach it is “one of the emblematic points of the Battle of the Ebro”. On this journey between the trenches “part of the international brigades were located”, and it was the scene of one of the greatest contrasts of the battle: “In the same trenches you had the international brigade, who came to fight for his ideals and, together with he, a kid from the fifth of the bottle, “he says. Experts insist that the speech must be made from a very careful and historical perspective, without misrepresenting the conflict.

Also Read  De Laurentiis, against the shadow of Maradona | sports

Despite the difficulties in dealing with the facts in a respectful way and without trivializing them, the work done by these associations and companies is essential so as not to forget. Even more so in the Spanish context, where there are still crimes of the dictatorship to be solved and until relatively recently the Public Administrations opted for the “vote of silence”.

Thus, it is the civil society’s own initiatives that have paved the way to better understand and understand how central episodes of a traumatic war were experienced. Presenting them as part of experiences and in particular among a local audience, helps many more people to access them. The key is probably in the ability to balance historical rigor and veracity with attractive proposals. Local tourism is a good option for this pairing.