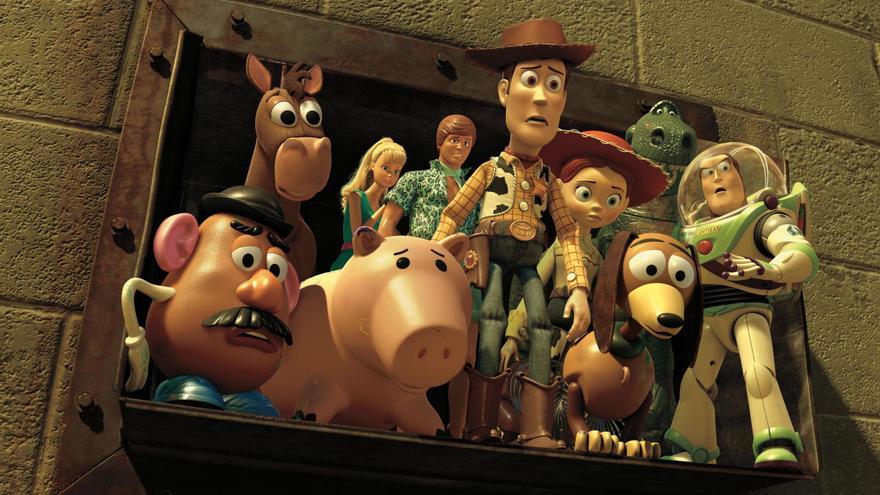 25 years ago, intrepid toys revolutionized animated cinema with ‘Toy Story‘, the first computer-generated feature film; although this popular culture classic might not have seen the light of day because of Disney’s initial reluctance, initially contrary to the vision of Pixar.

On November 22, 1995, the film that would give a somersault in the history of cinema was released, but the audiovisual acrobatics needed almost 15 years of development and the commitment of its director, John Lasseter, who went on to receive a special Oscar for pioneering achievements in the field of computer-generated animation.

Earlier, in 1983, he was fired from Disney studios for his interest in developing computer-based projects that required high budgets for the time.

Few imagined that this obsession would eventually inaugurate one of the most successful sagas on the big screen, which raised the status of animated cinema and would evolve into four installments, each one more acclaimed than the last.

15 years of trial and error

Until then, pencil, paper and eraser were the only ingredients for build magic on cartoon tapes, who had reached the height of success with “The Lion King” in 1994 and “Pocahontas” in 1995 “, but also showed a somewhat stagnant style.

While Disney dominated the industry with its classic ways, another company that was born as Lucasfilm’s computer division, the George Lucas and “Star Wars” studio, had been researching computer art technology for years.

Her name was Pixar, and Lasseter, the expelled Disney animator, worked there.

The first inspiration for “Toy Story” was the 1982 movie “Tor”, a pioneering film in introducing computer graphics prominently in its plot and that fascinated Lasseter so much that after seeing it, he proposed a 100% computer project to Disney.

Without awakening enthusiasm but seeing the possibilities, the company allowed the filmmaker to dedicate himself to shaping that idea, but his budget became more expensive than that of a classic cartoon film and in the studio they did not see its meaning.

After his departure from Disney, Lasseter signed for Lucasfilm’s computer and animation division, which a year later would acquire a Steve Jobs disenchanted with Apple, to create Pixar.

Since then, the new studio has launched a series of short films and advertising campaigns in which he perfected the technique until he found “Tin Toy” in 1988, a short film that won the Oscar for best animated short and that was the germ of “Toy Story”.

With more ambition, Lasseter again called Disney to offer a feature film, on the condition that Pixar had creative control. At first there was rejection of the first scripts for being too adult, while Steve Jobs’ company was going through a precarious financial situation.

Finally, after comings and goings, “Toy Story” was completed with 30 million dollars and a hundred employees. Nothing compared to the nearly 800 workers and 50 million that films like “The Lion King” required.

An animation revolution with adult winks

Beyond a technical feat, the Pixar film was a huge leap in animation style, depth and themes.

“Toy Story” got the public to think of cartoon cinema as something that it was not only aimed at children: the plot contained different layers, from the obvious to the most profound, that introduced humor, irony, and sharp winks.

Woody and Buzz Lightyear became heroes with their clumsy, complex personalities full of existential crises, which were supported by a cast of perfectly defined and charismatic characters such as the Tyrannosaurus Rex, the Slinky dog ​​or the potato head marriage.

It was a style that marked the hallmarks of Pixar and raised the status of films of drawings.

“Monsters”, “Finding nemo”, “The Incredibles”, “Coco”, “Wall-E” and the Oscar-winning three sequels of “Toy Story” owe their efforts to filmmakers who at one point decided to fulfill, at all costs, with that of “To infinity and beyond!”.