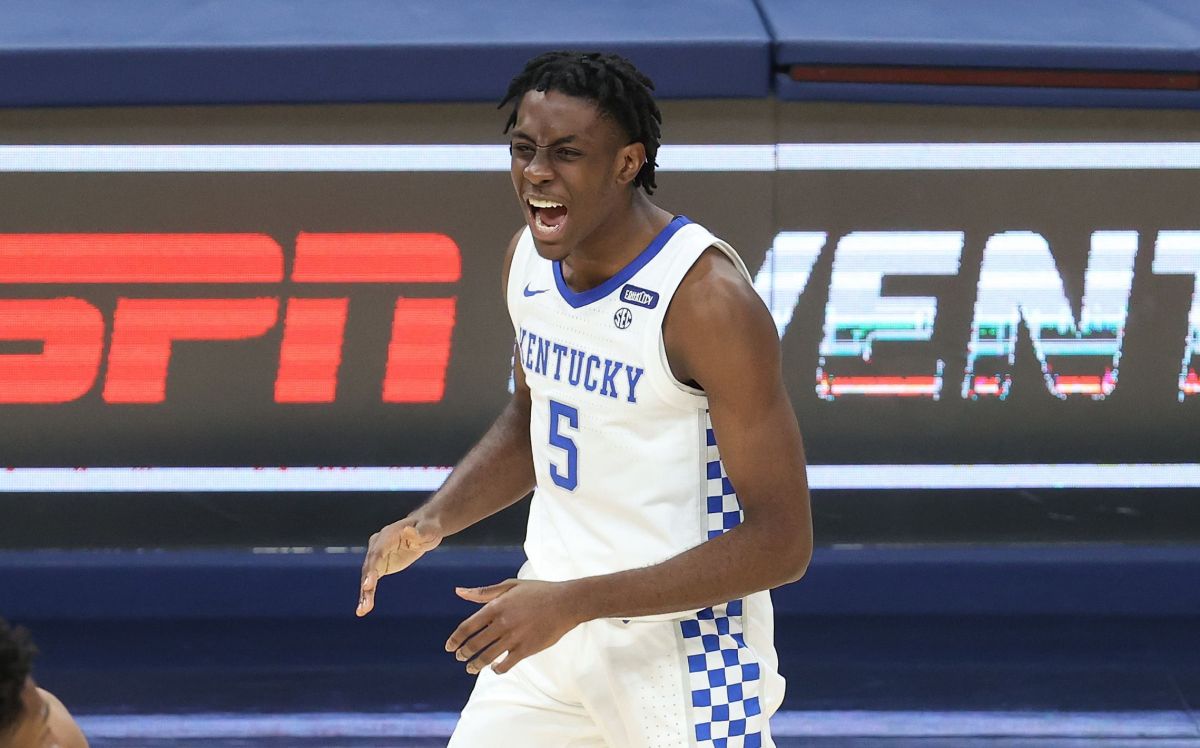 The young player was listed as the second best available point guard in the next draft.

American basketball wakes up in mourning after the death of a Kentucky Wildcats Outstanding Player: Terrence Clarke. The young promise passed away in a traffic accident in Los Angeles, California. Clarke had run a stoplight which caused her to hit her vehicle against a car and subsequently a light pole. Terrence had the illusion of playing in the NBA.

With only 19 years of age, Terrence Clarke was preparing to take the big step to the NBA Draft next season. However, this tragic accident ends the illusions of one of the new jewels of American basketball.

According to information from ESPN, Clarke was driving without wearing a seat belt properly. Also, the former Wildcats player ran a red light at high speed. This caused the young man to lose control of his vehicle until he ended up with a violent impact against a lamp post and a wall. The accident would have been recorded by the security cameras located at the scene. The player was reportedly taken to Northridge Hospital, but could not survive the aftermath of the crash.

Prayers to his family. 🙏🏾 pic.twitter.com/veE7T7NHM2

Terrence Clarke hadn’t been having a dazzling season. The shooting guard averaged 9.6 points, 2.6 rebounds and 2 assists in his seven season games he played. However, Clarke was under observation by various NBA teams, he was even listed as the second best available point guard for the next draft.

John Calipari, Wildcats coach, had heartfelt words after learning of his player’s death. “Tonight I feel sore and sick (…) A young person whom we loved has lost his life too soon, a life that had all his hopes and dreams ahead of him. Terrence Clarke was a magnificent boy, someone who filled the room with his personality, smile and joy”.

I am absolutely gutted and sick tonight. I ask that everyone take a moment tonight to say a prayer for Terrence Clarke and his family. May he Rest In Peace. https://t.co/a1E1gysxxi pic.twitter.com/1unTygk4Tt

The NBA saddened by the passing of Terrence Clarke

Many American basketball stars have mourned the player’s sad loss and expressed their solidarity with the family at this difficult time. Clarke, was born in Boston, and had established a certain relationship with some Celtics players. “It is very, very hard. Hard momment”, He said Kembla Walker after finishing his last commitment in the NBA.

For his part, the Phoenix Suns star, Chris Paul, He shared a photo on his social networks with Terrence Clarke.

The Los Angeles Lakers star and one of the best players in the NBA, LeBron JamesHe also had a few heartfelt words for Clarke.