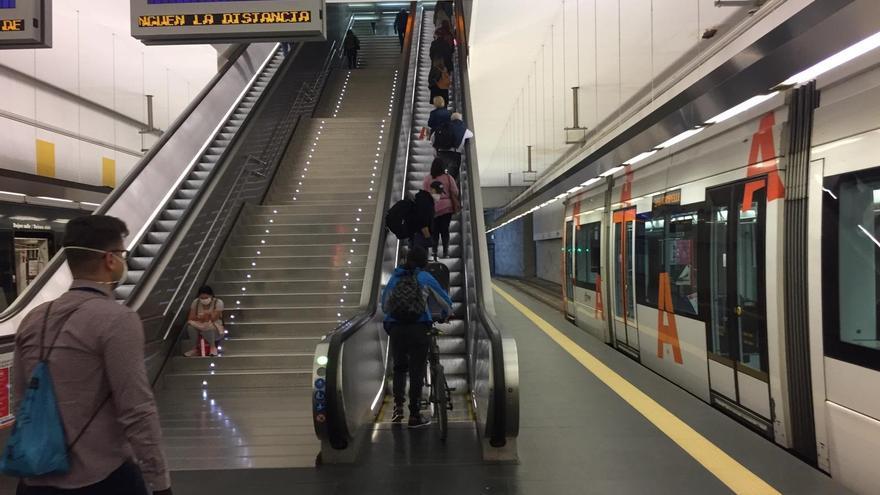 Users have given an evaluation of 8.63 points out of 10 to the global transport service provided by Ferrocarrils de la Generalitat Valenciana (FGV) in the network of TRAM of Alicante, according to the results of the Customer Satisfaction Index (ISC) 2021, carried out in October, after conducting 1,510 interviews among travelers over 15 years of age on the four tram lines, the train-TRAM and the train diesel, with a margin of error of + 2.52% and a confidence interval of 95.5%.

This score, a remarkable high, takes on special importance when it occurs in a year marked by the COVID-19 pandemic, which has affected all public transport operators.

Thus, and despite this circumstance, the percentage of users who consider the service provided “satisfactory” is 96%, while the one who qualify it as “normal” is 3.4%. Only 0.6% feel “dissatisfaction” with their performance.

The valuation by lines indicates that L4 (Luceros-Plaza de La Coruña) with 8.74, is at the head of the best-rated routes. They are followed by L3 (Luceros-El Campello) with 8.73; L1 (Luceros-Benidorm) with 8.65; the L5 (Porta del Mar-Plaza La Coruña) with 8.60; the L2 (Luceros-Sant Vicent del Raspeig) with 8.55; and finally, the L9 (Benidorm-Dénia) with 8.37 rating points and in which the bus travel between Teulada and Dénia occurs, due to the modernization works of the line.

Last November, TRAM d’Alacant moved 897,812 users, 48.04% more than in the same month of 2020 which consolidates the upward trend of previous months. This result also means that during the past month 92.99% of the displacements that occurred in the same period of 2019, before the COVID-19 pandemic, have been made.

Until November of this year, more than 8.2 million female and male travelers have already used the services of the TRAM d’Alacant, a figure that represents nearly two million more users compared to last year and 27.89% more.

The Minister for Territorial Policy, Public Works and Mobility, Arcadi Spain, has highlighted that “the data suppose that the recovery of travelers in the TRAM d’Alacant is a consolidated fact and that it is close to the situation before the pandemic” .

Luceros once again led the ranking, with 135,835 users

In addition, the minister wanted to remember that FGV continues to maintain the prevention measures applied during the pandemic “to guarantee a safe transport service “ and has requested the collaboration of all users to “continue using the mask inside the units and also in the stations, both underground and on the surface.”

On the whole, Railways of the Generalitat Valenciana (FGV) added a total of 5,683,592 passengers between TRAM d’Alacant and Metrovalencia in November, representing an increase of 43.15% compared to the same month last year and mobilizing 78.94% of users of 2019.

The day with the highest traffic was Friday the 26th, with 39,930 users, an absolute record for the current year 2021.