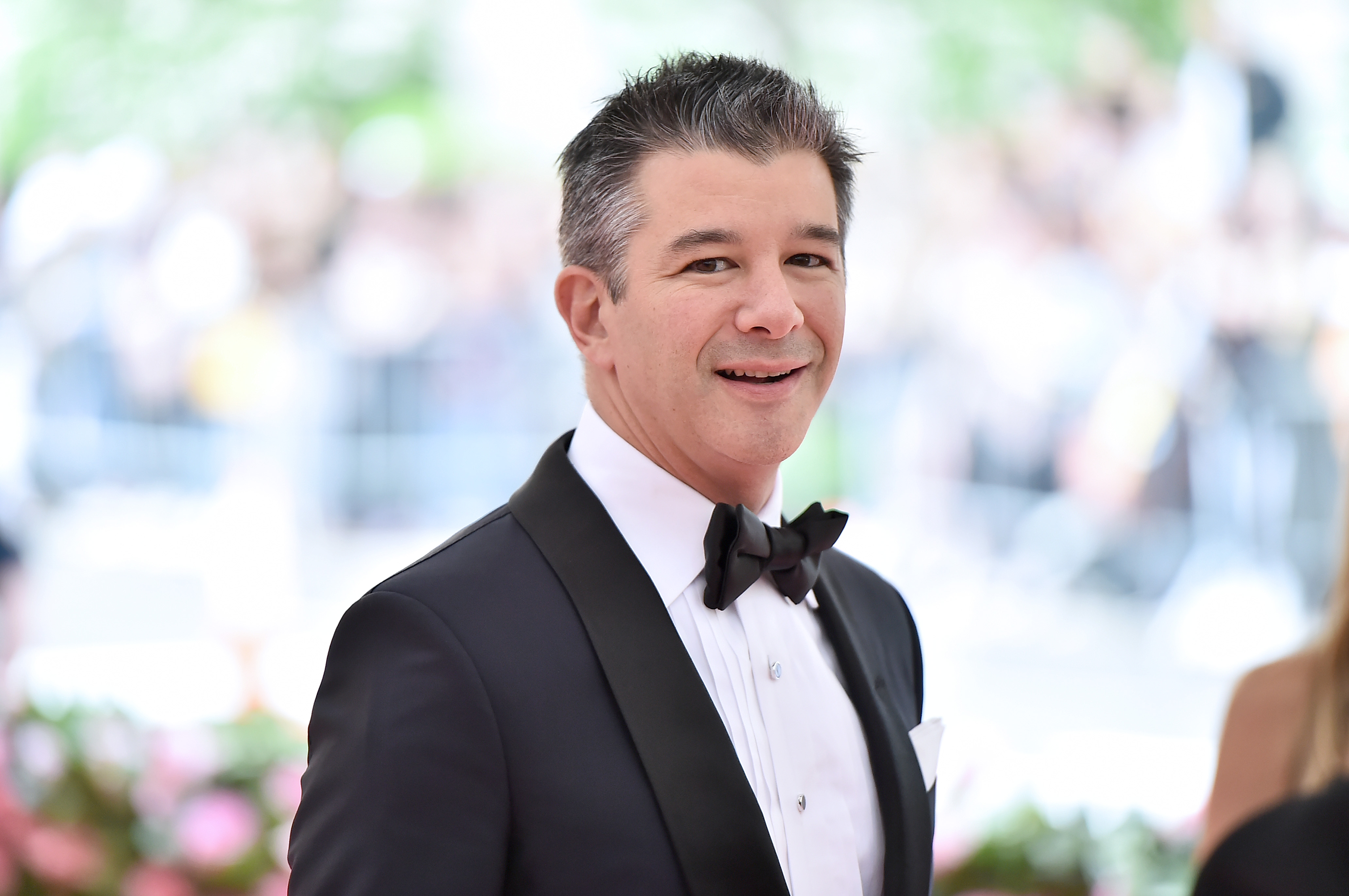 The billionaire co-founder of Uber, Travis Kalanick, and the Victoria’s Secret model, Daniela López Osorio, have a relationship far from the spotlight. According to some US media, the couple began to see each other during the pandemic, and after meeting last January at an event in California, the 44-year-old American businessman and the top Colombian, 27, have started a courtship that both try to carry in the most absolute discretion.

“Travis has been dating Daniela since mid-January, but they are keeping him quiet,” a source told the portal. Page Six despite the fact that neither Kalanick’s representative nor López Osorio’s spokesperson have commented on the matter. The Colombian model was discovered in 2014, when she was 17 years old in Orlando (Florida). A year later, she signed for the luxury lingerie brand and, in addition to being a star on the catwalks, she has participated in music videos such as Hawaii with Maluma and The Weeknd. This is the first known relationship for the co-founder and former CEO of Uber, the private chauffeur-driven company he founded with Garrett Camp in 2009, since his breakup with violinist Gabi Holzwarth in 2016 after more than two years. Of relationship.

Travis Kalanick resigned as CEO of Uber in 2017 following several investigations after a sex and employment discrimination scandal broke out that several female employees denounced. A sexist environment that even Holzwarth herself denounced on one occasion after ending their relationship. “You go to an event and there are only a lot of models … it’s the only thing that interests them. As a woman who fights against my own insecurities and body image, the best thing for me was to leave that unhealthy world of impossible standards, ”said the violinist to the Huffington Post. At the time, Kalanick was accused of ignoring reports of sexual harassment at the company, but these were not the only problems this indomitable, self-made businessman has been involved in.

Kalanick (Los Angeles, 1976) grew up in Northridge, California, a suburb outside of Los Angeles. As a child he wanted to be a spy but ended up following in the entrepreneurial footsteps of his publicist mother and started out as a commercial selling products door to door. He was admitted to the prestigious UCLA (University of California in Los Angeles), where he studied computer engineering until 1998, when he made the leap into the business sector and began to shape what is now considered a historic entrepreneurial world. Before Uber, it launched two other tech companies. In 1998 he co-founded Socur, a file-sharing service on the Internet that after two years was forced to close due to the numerous reports of piracy that it accumulated. But he did not give up his efforts and later created Red Swoosh, another company with the same concept that ended up selling for 20 million dollars.

Those who know him describe him as reckless and arrogant, something that has been able to propel Uber to success on several occasions, but in recent years, it has also been counterproductive for Kalanick and the company as a whole, which has been involved in several scandals. An example of this is Google’s complaint for theft of intellectual property and patents, the fatal run over of a woman by an autonomous vehicle without a driver or the report it published The New York Times about alleged employees using cocaine during a controversial company recall in Miami, in which a manager was fired after being accused of harassment by multiple women. Nor should we forget the problems he had with the shareholders of his company, who demanded his departure. This ended only a few weeks after he announced that he was taking a temporary and indefinite leave to breathe and mourn the death of his mother in an accident.

In his speeches and conferences he has always displayed a rude and aggressive speech, traits that were also proven in the curt conversation that Kalanick had with a driver from his platform who complained about the abrupt drop in rates. The driver said he could barely pay the bills and the manager was enraged without realizing that the driver had a security camera inside the vehicle whose recording became viral content on YouTube.

But Kalanick’s personality problems are long overdue. He always rejected those who did not speak well of the company and in 2014 asked that an internal tool be designed that would allow him to spy on journalists critical of his service. app through their journeys. Kalanick was CEO of Uber from 2010 to 2017, and in December 2019 he sold all of his shares for more than $ 2.5 billion before announcing his final departure from the vehicle company. Today accumulates a fortune of 2,800,000,000, according to Forbes.

At the same time, after his departure from Uber, he seeks to turn his professional life around. In 2018 he launched a risk fund called 10100 and now he is betting on one of the businesses that is on the rise: the ghost kitchens. Kalanick is now CEO of City Storage Systems, a company focused on remodeling bankrupt or distressed real estate assets, such as abandoned warehouses and shopping centers or closed workshops and restaurants. Over the past two years, the businessman has quietly built this mini real estate empire by buying more than 40 properties in nearly two dozen cities for more than $ 130 million, according to the Wall Street Journal. Entities targeting CloudKitchen, a new startup that rents space to companies that prepare food for home delivery, a market that is expanding to more and more countries.

However, changing his career path has not exempted him from criticism. In recent months, the billionaire has been the protagonist of several controversies due to the parties that have taken place at his homes in New York and Los Angeles. In the midst of the coronavirus pandemic, Kalanick has organized large meetings in which none of the guests wore a mask, in breach of much of the health security measures.