When the ambient temperature is 32 degrees, the paving of the Plaza de Conquistadores is at 56.4 degrees while the floor of Castelar does not reach 24. / JOSE VICENTE ARNELAS

It is two in the afternoon in the Plaza de España in Badajoz. The ambient temperature is 32 degrees, but the thermal sensation changes completely in the different areas of the square. The esplanade in front of the cathedral is suffocating. Why? Because the temperature of the marble floor is 48.2 degrees. And where is it better? Under any of the orange trees, where the thermometer reads 30.5. Almost 18 degrees of difference that demonstrates the importance of trees in any street.

The differences can be even greater, up to 30 degrees if the comparison is made between a square without shade and a green area. For example, Conquistadores and the Castelar park.

HOY has made measurements in streets and squares of the different neighborhoods of Badajoz in search of the coolest shelters. The study was carried out between one and two in the afternoon with an ambient temperature of 32 degrees. It is not a particularly hot day for the summer of Badajoz, but it serves as a sample of a normal day.

The tour starts in the Plaza de España, verifying the importance of orange trees in this space. However, most of the square’s surface is in the sun. One summer awnings were put up, but they were removed and never reinstalled. Now only the poles remain.

However, trees are an advantage over awnings. This is due to a phenomenon called evapotranspiration. That is, a tree not only provides shade, but also creates a cooler area around it. It does so because it captures CO2 and emits water vapour. Trees can be said to “sweat water” around them.

Temperature difference in Plaza de España between the marble floor and the pavement under an orange tree. /

The Zurich Institute for Atmospheric and Climate Sciences conducted a study in 293 European cities. They concluded that trees can lower surface temperatures by up to 12 degrees on average. The aim of this study was to compare temperature differences between areas covered by trees, urban green spaces without trees, and urban fabrics such as roads and buildings. They did the same thing in rural settings covered in meadows and farmland. The researchers found that the areas of the cities that were covered with trees had a much lower land surface temperature by comparison.

And in Badajoz does the same thing happen? That’s how it is. Comparing different squares, Conquistadores is one of those that marks the highest temperatures. Its cobblestones, which do not have any trees nearby, mark 56.4 degrees when the ambient temperature is 32, while in Castelar, just a few minutes later, the ground is at 23.9 degrees.

The example of Castelar is very striking as it is a very large green mass. In fact, the further one goes into this park, the lower the temperature. However, you don’t have to go to an extreme to find a contrast. While in Conquistadores it is 56.4 degrees in its cobblestones, on the other side of the street, under the trees of the Plaza de Santa María de la Cabeza, the temperature is 29.2.

Jesús Martín Hurtado, an architect who collaborates with
Ecologists in Action, affirms that the contrasts that occur in Badajoz are normal. For that reason, it highlights the importance of trees in the streets. Why? “First because now heat waves occur more frequently and because the groves reduce the temperature. But not only the trees, but also the green areas that, in addition to cooling, improve air quality because they capture CO2 ».

“There are surfaces that absorb heat and store it,” explains Martín Hurtado, who adds that the strategy of cities can involve changing the type of surfaces. Avoid reflective ones to bet on materials that perform evotranspiration.

An example of the importance of surfaces is given in the park of San Fernando. In a space of about five meters there is an enormous contrast. The dirt is at 26 degrees, the stamped concrete floor of the paths at 30 in the shade and 38.4 in the sun, while the asphalt rises to 52.2 degrees.

Carolina Coronado Avenue, which has leafy trees on its sidewalks, marks 30.4 degrees. However, its median, which is bare because it only has rose bushes and is surrounded by the road, marks 48.5.

Jesús Martín explains that not only trees make a difference, but there are many other elements that raise the temperature of cities, such as cars or air conditioners that emit heat from the facades.

The size of the trees matters. The river park, for example, has many species, but they are still mostly small, since they were planted about 8 years ago. There the dirt floor marks 43 degrees, but under a tree it is 26.

They not only give shade

It is easy to verify that trees not only cool by providing shade. On Elvas avenue there are stretches of sidewalks with trees and other bare ones. Measuring the temperature in both, and always in the sun, in the surroundings of the trees the thermometer shows 38.2 degrees and in areas without vegetation it is 41.9. In other words, just by having natural masses nearby, the temperature drops almost 4 degrees.

Another huge contrast is marked on the main avenue of Valdepasillas. In Sinforiano Madroñero the asphalt is at 52.7 degrees while in the shade of its trees it drops to 29.6.

In the Plaza de las Américas (Pitusa), the cobblestones are somewhat cooler, it is 38.4 degrees despite being in full sun. The children’s playground area, however, is hotter, since there is no shade around it. The rubber floor exceeds 50 degrees and the slide, which is metallic, marks almost 55.

On Mondego de San Roque street, next to the Nuria Cabanillas pavilion, something similar happens in the children’s area. The swings are at 46 degrees while under the park’s pergola the temperature drops to 30.7. As for Sinforiano Madroñero avenue, the ground is at 42.4 degrees but under the trees it drops to 31.

“It’s not just about planting trees, but about changing cities” 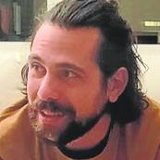 Jesús Martín Hurtado is an architect and member of the Nature Conservation area of ​​Ecologistas en Acción. As a specialist he has collaborated in a report prepared by this association entitled ‘Cities and the ecological crisis’.

In this report they conclude that the evolution of cities has broken the ecosystem structure, that is, they are not a good place to live. To reverse the situation, Martín Hurtado explains that small actions are not enough. “We have to change the model of the city.”

In ‘Cities and the ecological crisis’, the experts ask that towns with more than 10,000 inhabitants be obliged to draw up urban regeneration plans. They also demand that this obligation be included in the natural heritage law and that the autonomous communities supervise them. These plans would include increasing green areas, but also more bodies of water, less light pollution and changes to buildings, among other proposals. Also eliminate invasive species or avoid waste dumping.