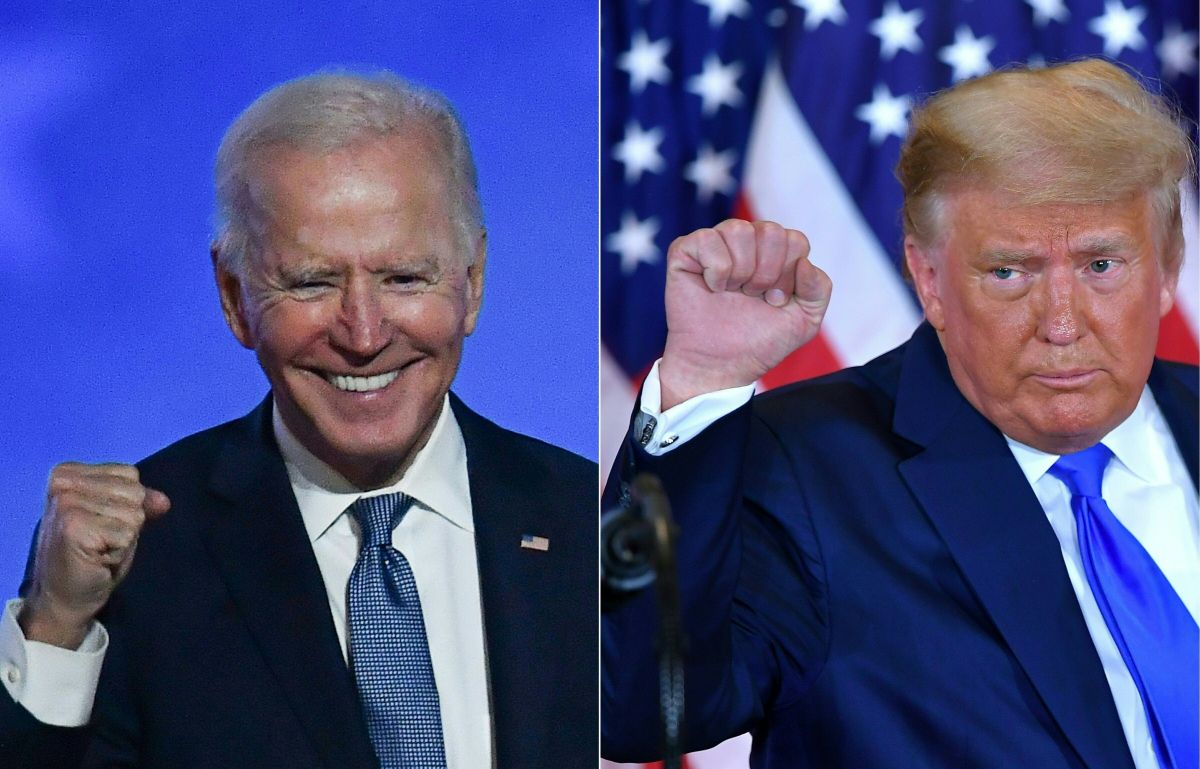 President Donald Trump maintains his position that there was electoral fraud and that he will have a second term of government, for this reason he has decided to continue with his plans and discard a transition plan towards a Democratic administration Joe Biden.

The General Services Administration, an agency in charge of federal buildings and signing documents that advance the transition process, has not taken the corresponding step.

In this way, Emily Murphy, The area manager has stopped the delivery of millions of dollars, as well as access to government officials, office space in agencies and authorized equipment for the transition teams of the winner of the recent election.

According to a report by The Washington Post, the Trump Administration has no plans to advance the process, due to the Republican accusing electoral fraud.

That decision is credited with reports that President Trump has ordered all agencies to continue with their budget plans for 2021.

Meanwhile, the Secretary of State, Mike Pompeo, He ruled out – to an express question at a press conference – that there is a change of government.

“There will be a smooth transition to a second term of the Trump Administration”, said. “The world must have full confidence in the transition necessary to ensure that the State Department is functional today, successful today and successful with a president taking office on January 20.”

The process will not be easy in the coming days, especially since President Trump does not back down on his accusations of electoral fraud, although he has not presented hard evidence. Next week, he said, there will be important advances.

“We will win!”he wrote this Tuesday.

The President-Elect Transition Team Joe Biden and the vice president-elect Kamala Harris continue with your organization.

“Once the GSA administrator verifies the election results, ART members will work directly with federal agency staff to ensure that the incoming Biden-Harris administration can effectively achieve its goals,” he said. time that reported on progress in the integration of his team.

At a press conference, Biden lamented the attitude of President Trump and his officials.

“I just think it’s a shame, frankly.”, said. “I say this tactfully: I think it won’t help the president’s legacy.”.

Although there are high-ranking Republicans who support President Trump’s lawsuit, none believe that the results can change.

Senate Majority Leader, Mitch McConnell (Kentucky), defends the battle in court, but could not confirm that there is sufficient evidence about the alleged fraud.

At the same time, dozens of Republicans call on President Trump to stop accusing “fraud” without evidence, according to a count made by the Action Fund of the Center for American Progress that includes, among others, the former president George W. Bush, a Lawrence Kudlow, Director of the US Economic Council, President Trump’s former Chief of Staff, Mick Mulvaney, to the former governor of New Jersey, Chris Christie.

“Out of respect and deference for the moment, I extend my congratulations to President-elect Biden.”Romney said. “We are ready to come together, work as one, and help all Americans through the tough times ahead.”

While the Secretary of State affirms that the “world is watching” and denies recognizing the triumph of Biden, more leaders join the congratulations towards the democrat, even this Tuesday they began telephone communications to extend their external position in communities or their Twitter accounts .

It highlights that even close allies of President Trump recognize the Democrat Biden, as was the case with the Prime Minister of Israel, Benjamin Netanyahu.

“Joe, we have had a long and close personal relationship for about 40 years, and I know you are a great friend of Israel,” he said.

Also the Prime Minister of the United Kingdom, Boris Johnson, a friend of President Trump, congratulated the Democrat.

“He congratulated Joe Biden on his election as President of the United States and Kamala Harris on his historic achievement,” he said.

Biden’s transition team noted that on Tuesday the president-elect received calls from several leaders, including the president. Emmanuel Macron and the german leader Angela Merkel, with whom he addressed the COVID-19 pandemic and the challenges as military allies.